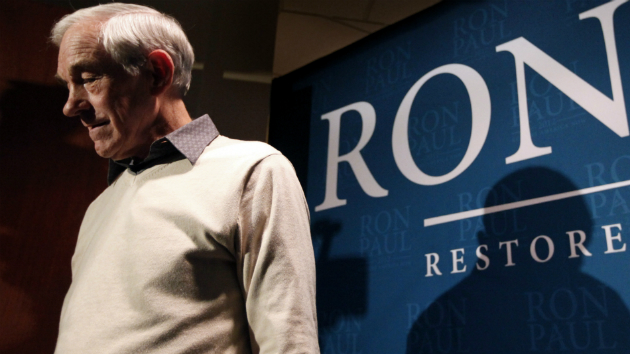 Since last week’s indictments of three top political aides to Ron and Rand Paul, new details have emerged about the Ron Paul campaign’s scheme in 2012 to buy the endorsement of Kent Sorenson, who was then an influential Republican state senator in Iowa. In the latest court filing, federal prosecutors assert that the Paul aides planned to smear Sorenson if he refused to accept a bribe. This case will likely continue to dog presidential candidate Rand Paul, who has at times employed all three men. Two of the indicted aides, Jesse Benton (who is married to Rand Paul’s niece) and John Tate, were running the main super-PAC supporting Rand Paul’s presidential campaign. Following the indictments, each of them took a leave of absence from the super-PAC.

Prosecutors are generally required to share their evidence with a defendant to allow him or her to prepare for a trial. But on Thursday, Justice Department lawyers asked the federal judge in charge of the case for permission to withhold from these defendants copies of certain sensitive documents, such as the grand jury transcript and witness statements. The defendants will be allowed to review the information, but the prosecutors don’t want to hand over the material. They say they have reason to believe the defendants might leak sensitive documents to the media. During the pre-indictment inquiry, the prosecutors claim, investigators found emails showing that the three Paul aides were prepared to leak documents to harm Sorenson in 2012 if they couldn’t obtain his endorsement for Ron Paul.

“Those communications show that the defendants, who are career political operatives, were willing to leak sensitive documents regarding Sorenson to the press to suit their own ends,” Raymond Hulser, chief of the Department of Justice’s public integrity division, stated. “That history gives the government concern as to what the defendants (as opposed to their counsel) might do with copies of interview reports and grand jury transcripts of Sorenson and the other witnesses in this case.”

Benton’s attorney, Roscoe Howard, says he cannot comment because he’s preparing a response to file in court. But the revelation adds a new wrinkle to the case. Emails leaked publicly by a former Ron Paul aide in 2013 indicate that Sorenson was approached by the Ron Paul campaign about his willingness to switch sides, and he responded with a lengthy list of demands that included a salary of $8,000 a month and a $100,000 donation to his political action committee.

Under Iowa Senate ethics rules, a lawmaker cannot sell his endorsement to a presidential campaign. Following an Iowa Senate investigation that found Sorenson accepted payments from a company tied to the Ron Paul campaign, Sorenson resigned his seat in 2013. Last August, he pleaded guilty to campaign finance charges. Sorenson is currently awaiting sentencing.

Update: The lawyer for Jesse Benton has responded to the government’s accusation that his client planned to leak documents to smear Sorenson if he did not agree to endorse Ron Paul. In a filing made to the federal court, Benton’s attorney, Roscoe Howard, said prosecutors are referring to an email Benton sent in late 2011, around the time Sorenson switched from endorsing the Bachmann campaign to endorsing the Paul campaign. In the email, Howard noted, Benton “threatened to expose Mr. Sorenson, believing that Mr. Sorenson was trying to blackmail the 2012 RP Campaign, if Mr. Sorenson did not make up his mind on whether to commit to the Ron Paul Campaign.”

Howard wrote that it was a “a knee-jerk, emotional reaction” and pointed out that Benton never followed through.

In a clue as to what Benton’s defense might be, Howard’s filing repeatedly referred to Sorenson’s involvement with the campaign as “the employment of Mr. Sorenson”, which may be an attempt to spin the circumstances of the situation. The indictment specifically describes payments to Sorenson as being in exchange for his support.

An email that was leaked in 2013 shows the initial round of negotiation between Sorenson and the Paul campaign, involved direct discussion of Sorenson being paid for endorsing Paul. Under federal law, it was not illegal for the campaign to hire Sorenson or pay him for his endorsement – both, however would have been a violation of Iowa Senate ethics rules. The wrongdoing alleged in the indictment is that payments were covered up, regardless of what they were for.