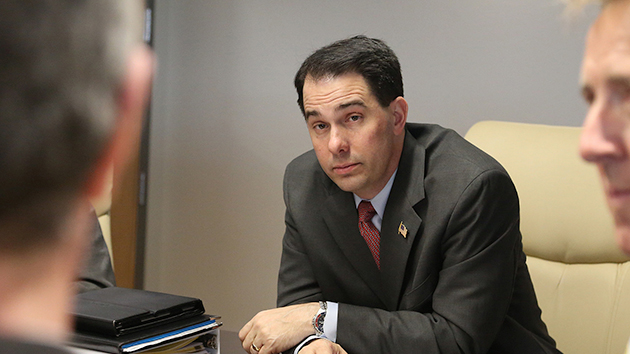 Today President Barack Obama released the final version of his signature climate plan, which sets new limits on carbon dioxide emissions from the power sector. Each state has a unique target, custom-built for its particular mix of energy sources. Each state also has total freedom to determine how exactly to reach the target. But the rules are clearly designed to expedite the closure of coal-fired power plants, the nation’s number-one source of CO2 emissions.

It took less than a day for the first legal challenges to the plan to emerge from coal interests. The news rules also attracted some pointed criticism from leading Republican presidential contenders, including Jeb Bush and Scott Walker. Here’s what Walker had to say on Twitter:

Obama’s plan should be called the Costly Power Plan because it will cost hard-working Americans jobs and raise their energy rates. -SW

Neither of those predictions is likely to come true. Cries about job loss and high costs always accompany new environmental regulation. In the case of the Clean Power Plan, as the rules announced today are known, the fear revolves around the image of coal plants around the country going dark. Folks get laid off from the plant, there’s less electricity on the grid, so the price of electricity goes up, so factories can’t afford to pay their workers, so they lay them off…you get the idea.

But as I’ve reported in the past, that view of the plan is misguided for two reasons. The first is that Obama’s new rules, while an important and historic milestone in the annals of climate action, really aren’t much of a departure from the direction that the energy market is already going. As our friend Eric Holthaus at Slate points out, many states are already well on their way to achieving the new carbon targets simply because, for lots of reasons, making tons of inefficient energy from dirty old coal plants just isn’t economically feasible anymore. So you’d be hard-pressed to pin any particular lost job in the coal industry on Obama alone.

The second reason Walker and his ilk are off-base is that they focus too heavily on the coal-killing aspect of the plan, without also considering two equally vital aspects: (a) The building of tons of new energy supplies from renewables, and (b) big improvements in energy efficiency, which will allow us to use less power overall.

It’s true that by the time the plan takes effect, electricity prices will have risen steadily, as they always have for as long as we’ve had electricity. Because electric utilities typically have monopolies over their service area and prize reliability over affordability, power costs don’t naturally fall over time in the way that the costs of other technologies do. But even though electric rates will probably go up, monthly electric bills are likely to go down, thanks to efficiency improvements. The exact calculus will be different in every state, but to take one example, the Southern Environmental Law Center projected that in Virginia, the Clean Power Plan will lead to an 8 percent reduction in electric bills. According to the Natural Resources Defense Council, savings like that add up to $37.4 billion for all US homes and businesses by 2020. The NRDC also projects that the plan will create hundreds of thousands of jobs in the energy efficiency sector, as homeowners, businesses, factories, etc. invest in upgrades that enable them use less power.

In any case, the solar industry alone already employs more than twice the number of people who work in coal mining. Making the energy system more climate-friendly is as much about juicing the clean energy industry as it is dismantling the coal industry.