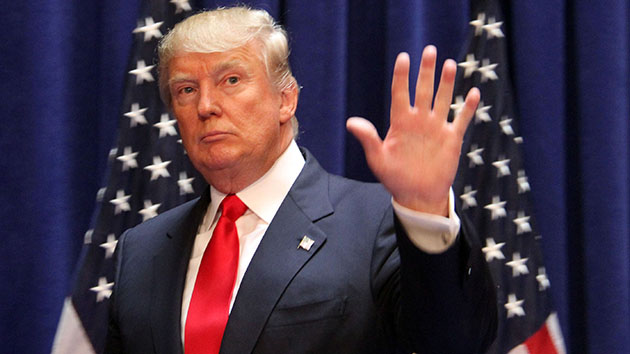 I’ve always assumed that Trump sends his own tweets. This is not because Twitter is a holy place and everyone sends their own tweets, but his account tweets so many weird things that I figured he couldn’t have a professional ghost tweeter at the helm. That person would never let him send half the things he sends. But then a few weeks ago my colleague Ian Gordon pointed me to a Washington Post profile of his media handler, Hope Hicks, which had me in tears:

On his plane, Trump flips through cable channels, reads news articles in hard copy, and makes offhanded comments. He’s throwing out his signature bombastic, sometimes offensive tweets. Hicks takes dictation and sends the words to aides somewhere in the Trump empire, who send them out to the world.

Dictating is still tweeting in a sense, but it really isn’t the same. This means he’s not scrolling through his timeline, checking his mentions, having the full Twitter experience. He’s broadcasting.

Last night, however, the Wall Street Journal said that Trump is, in fact, tweeting:

Mr. Trump doesn’t use a computer. He relies on his smartphone to tweet jabs and self-promotion, often late into the night, from a chaise lounge in his bedroom suite in front of a flat-screen TV.

Now it’s possible that it’s a combination of both: Sometimes he dictates, and sometimes he tweets.

While this is an answer, it begs a new question: How much of his tweets are his? To figure this one out, we put on our social-media detective hats and took a trip to Twitonomy.com.

Since April 23, @realDonaldTrump has tweeted 3,197 times. (Twitter’s API limits how many tweets analytics tools can access, so we can’t go further back than that.) 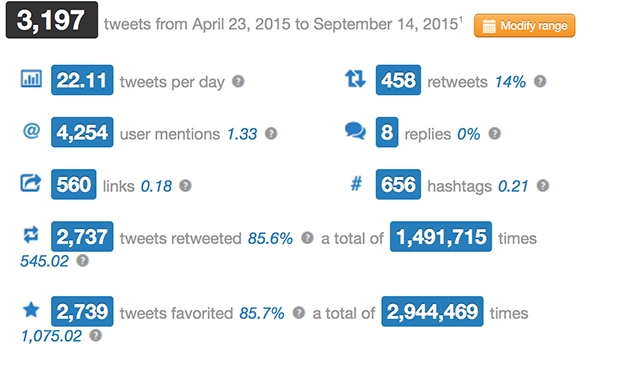 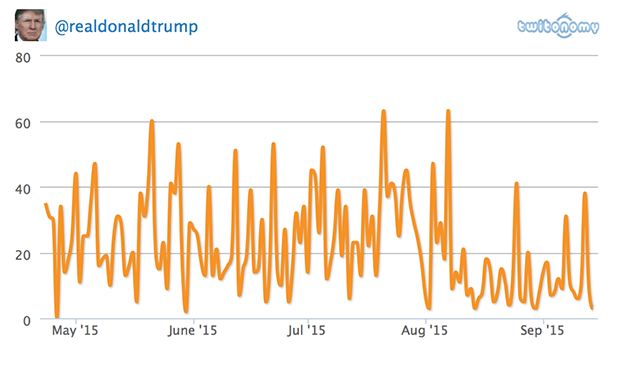 From the above WSJ article, we know Trump doesn’t use a computer, so Twitter.com is out. Those are being done by someone else. The question is: What smartphone is Trump using? Once upon a time, Trump made his dissatisfaction with the iPhone very clear when he demanded that Apple manufacture a larger screen. This is something Apple ended up doing with the iPhone 6 and the still larger iPhone 6+. It’s unclear if this enticed Trump back into the fold. There are some massive smartphones out there! Maybe he has a Galaxy Note 5.

An email to the Trump campaign was not immediately returned. But a second Washington Post article tells us that Trump does in fact tweet from an iPhone.

So, if that is accurate, only 3 percent of Donald Trump’s last 3,197 tweets—at most—actually came from his fingers. (Possibly less if one of his aides also uses an iPhone.) The rest were apparently dictated or, in the case of the Nazi image, sent out by an intern. He’s obviously a busy person (and old, at that), so I understand why he doesn’t send all his own tweets. But still, it takes some of the magic away.

Below are some more charts from Twitonomy about Trump’s tweets: 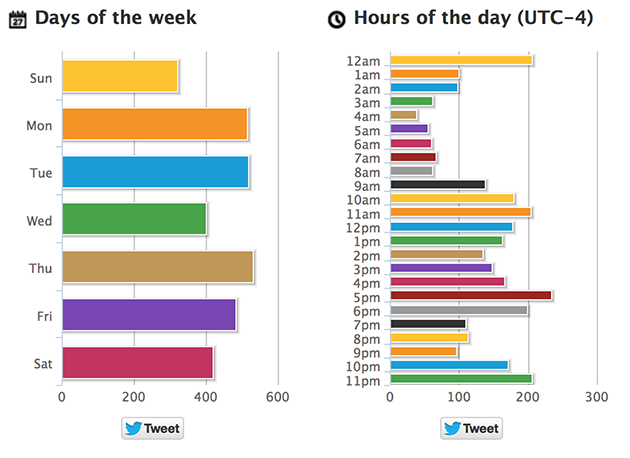 UPDATE, Friday, March 25, 2016: We have breaking news in the investigation into whether Donald Trump sends his own tweets. @realDonaldTrump just sent this tweet.

Response to the cover story in this week’s National Enquirer about Lyin’ Ted Cruz: https://t.co/FRFN9JC1QJ

Or did he? It was sent from an iPhone so it was potentially sent by him but the bit.ly link in the tweet itself was created by Dan Scavino, Donald Trump’s social media director. This opens the door to the possibility that Donald Trump does not send any of his own tweets.