David J. Peterson might just have the brainiest job in Hollywood. He’s a conlanger, a guy who constructs languages. You may have heard some of his work on fantasy TV shows like Defiance, Star-Crossed, and Game of Thrones—Dothrakis and Valyrians both spew his handiwork. And no, these languages aren’t just well-organized jibberish. A true conlang (constructed language) behaves like a natural language, with its own logic and structure, as Peterson explains in his new book, The Art of Language Invention, out this week. 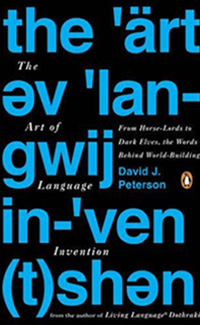 Drawing on his academic background in linguistics, Peterson began creating new tongues in 2000. He penned “The Conlang Manifesto” and in 2007 co-founded the Language Creation Society, a network and website with online resources for people who want to get serious about conlanging.

The Art of Language Invention, part technical manual and part linguistics lesson, is chock full of funny pop-culture references—Prince, Back to the Future, the Miami Heat. Even if you’re not a conlanger wannabe, it’s a worthwhile read on the origins of language and the way words reflect and shape our behavior. Down below, we highlight some of Peterson’s advice for language constructors, but first, we asked him to translate a handful of 2016 presidential campaign slogans into his own tongues. Behold… 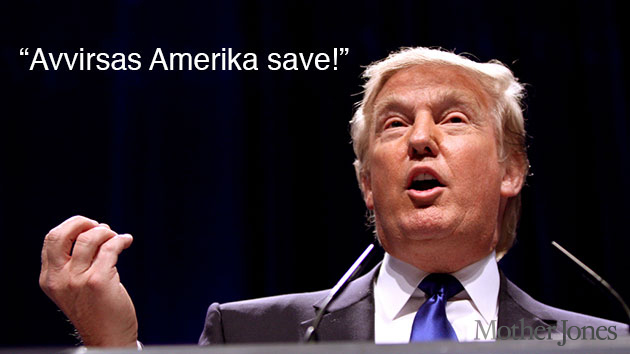 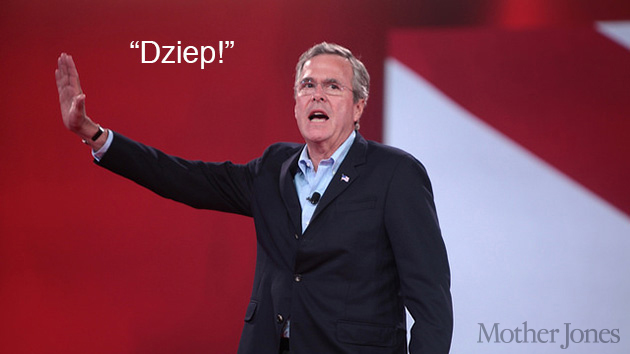 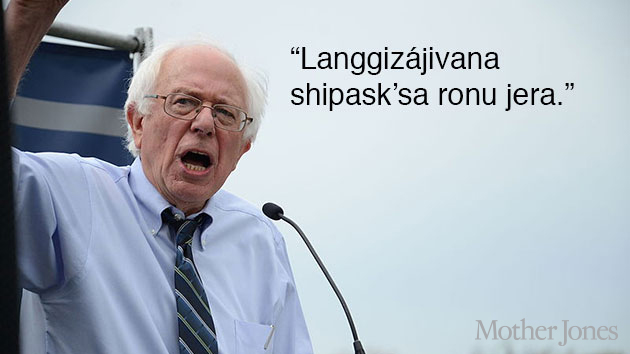 Castithan (from Defiance) for “A political revolution is coming.” AFGE 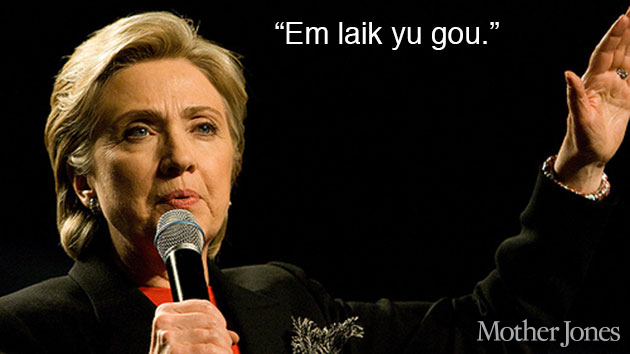 Trigedasleng (from The 100) for “It’s your time.” Brett Weinstein 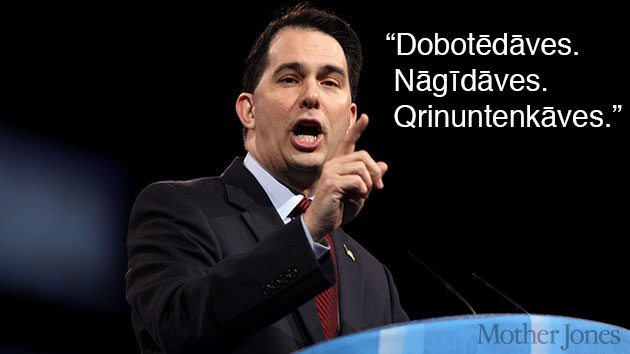 High Valyrian (from Game of Thrones) for “Reform. Growth. Safety.” (Guess that one didn’t work out for Scott Walker, who fled the GOP race like a wildling escaping a white walker.) Gage Skidmore

And now here are six things you’ll want to know before you set out to construct a tongue of your own:

1. Never confuse a conlang with a fictional language. In a famous scene from Return of the Jedi, Princess Leia repeats the Ubese word “yotó” to say several very different things. Though Ubese supposedly existed in the Star Wars universe, it was haphazard and never fully fleshed out—hence, a fictional language. Same with Simcity’s Simlish and the gibberish spoken by the minions in Despicable Me. Mischaracterizing a fake language as a conlang will make you look foolish, Peterson warns.

2. Be clear about your intent. Otherwise, you could end up with a “malformed mutant” that doesn’t serve any purpose, such as Peterson’s first language, Megdevi—a moniker that combined his own name with his then-girlfriend’s. (“The rest of the language follows from there…”) One sect of conlanging society seeks to create naturalistic languages, “pretty much exactly like those spoken here on earth.” Another branch hopes to solve philosophical puzzles. In Ithquil, a tongue created by philosopher John Quijada, it takes just two words to say, “On the contrary, I think it may turn out that this rugged mountain range trails off at some point.” Unfortunately, it can take hours to construct a single Ithquili sentence, so it’s “not something you’d pick up and speak with your friends.”

3. Know your history. Be intimately familiar with the people meant to speak your language. Otherwise, you risk polluting your new tongue with remnants of your own culture. Game of Thrones‘ Dothrakis are a violent nomadic people who live, breathe, and die on the saddle. They don’t need an equivalent of the word “please.”

4. Determine your acoustic economy. It’s up to the conlanger to choose the right sounds for the language. Unless, of course, a producer asks you to create a foreign and “harsh”-sounding language, as Peterson was asked to do with Dothraki. In which case, you better hope for actors who take your language as seriously as did Jason Momoa, who played Game of Thrones‘ Dothraki king, Drogo—”the hulkiest, beefiest, dreamiest mountain of a human being to ever speak a crafted language,” Peterson says.

5. Give your language staying power. Always be looking for opportunities to promote your conlang via some other medium. Many sci-fi and fantasy novelists are looking for languages to use in their stories. “See if you can work on one of those,” Peterson says. “If those books get optioned, the language creators will go along with it.”

6. Don’t quit your day job. The best conlangers are unfailingly curious, “the type of person who would enjoy taking apart a stereo just to see how it works,” Peterson says. But you’re not likely to get rich doing this. For most people, the payoff is the satisfaction and possibilities the hobby affords. Ask yourself: “What do I want to say with this new language that I can’t say in my native language?”

You can catch Peterson’s handiwork in Season 6 of Game of Thrones, which premieres on HBO on April 24. Here’s the trailer: