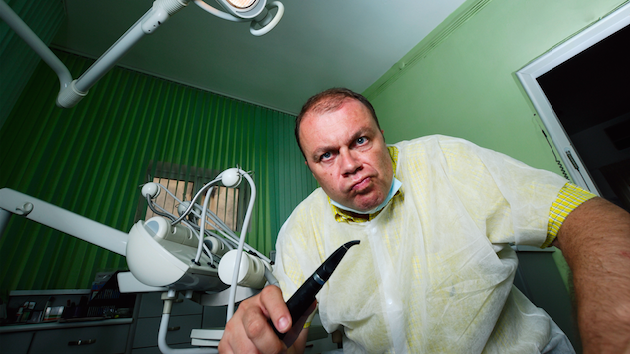 The task seems straightforward: Make a list of health care providers that would fill the void if Louisiana succeeded in defunding Planned Parenthood. But the state, which is fighting a court battle to strip the group of hundreds of thousands of dollars in Medicaid funds, is struggling to figure out who would provide poor women with family planning care if not Planned Parenthood.

Nowhere is this struggle more apparent than in a recent declaration by Louisiana’s attorneys that there are 2,000 family planning providers ready to accommodate new patients. A federal judge, reviewing the list in an early September court hearing, found hundreds of entries for specialists such as ophthalmologists; nursing homes caregivers; dentists; ear, nose, and throat doctors; and even cosmetic surgeons.

“It strikes me as extremely odd that you have a dermatologist, an audiologist, a dentist who are billing for family planning services,” said the judge, John deGravelles, who will determine in the next week whether it is legal for the state to end Planned Parenthood’s Medicaid contracts. “But that is what you’re representing to the court? You’re telling me that they can provide family planning and related services?” 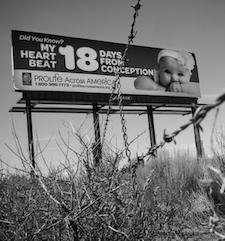 His harsh questioning sent the state back to the drawing board. On Tuesday, the state’s attorneys acknowledged that the dentists and other specialists didn’t belong on the list. They filed a pared-down version that lists just 29 health care providers.

Planned Parenthood denies the charges and has asked for an injunction to block Jindal.

In straining to identify alternate providers, the state has added to a growing body of evidence that other health care providers would have a difficult time accommodating low-income women if Planned Parenthood were no longer able to take Medicaid. Planned Parenthood clinics in Louisiana do not provide abortions. Instead, the clinics provide thousands of annual cancer and STI screenings, overwhelmingly to low-income women on Medicaid. In Louisiana alone, the group last year performed 2,100 well-woman exams, 1,200 pap smears, and 11,000 STI tests, and it administered long-lasting contraceptives 4,100 times, to 5,200 patients, a spokeswoman for Planned Parenthood of the Gulf Coast said.

Several Louisiana health care providers that would have to take over Planned Parenthood’s patients have stressed that their capacity to do so is very limited. “You can’t just cut Planned Parenthood off one day and expect everyone across the city to absorb the patients,” Stephanie Taylor, who oversees the state’s efforts to curb sexually transmitted diseases, told the New York Times. “There needs to be time to build the capacity.”

Another obstacle is the dearth of family planning clinics and doctors that accept women on Medicaid or other forms of public funding. Across the country, Planned Parenthood provides contraception to almost 40 percent of women who rely on public programs for family planning. The Times notes that four out of five Planned Parenthood patients have incomes below 150 percent of the poverty level, at a time when two-thirds of states reported difficulties ensuring there are enough health providers, especially OB-GYNs, for Medicaid patients. 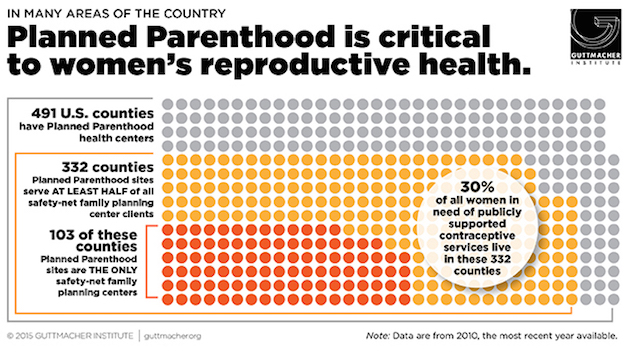 “Certainly in the short term, it is doubtful that other providers could step up in a timely way to absorb the millions of women suddenly left without their preferred source of care and whether those providers could offer the same degree of accessible, quality contraceptive care offered by Planned Parenthood,” the Guttmacher researchers wrote.

But the notion that patients could turn elsewhere remains a key rationale when abortion foes attempt to strip the group of $528 million in federal funding. The argument came up frequently in a Wednesday hearing before the House Judiciary Committee on the Planned Parenthood sting videos. “We often hear that if Planned Parenthood were to be defunded, there would be a health crisis among women without the services they provide,” testified Gianna Jessen, an anti-abortion activist who was born after an unsuccessful abortion. “This is absolutely false. Pregnancy resource centers are located nationwide as an option for the woman in crisis.” Abortion foes have also touted a map showing more than 13,500 clinics that could replace Planned Parenthood.

Sen. Bill Cassidy, the junior Republican from Louisiana, has said there were more than 100 community health care centers “scattered all over the state” that could accept Planned Parenthood’s patients.

Lawyers for the state appeared to contradict him after they whittled down their list of capable providers to 29. And even among those providers, their ability to pick up Planned Parenthood’s slack is questionable. In Baton Rouge, the site of one of two Louisiana Planned Parenthood clinics, the state lists five alternate providers. But only three of those offer contraception, according to the state’s filing, and two of those have wait times ranging from two to seven weeks. One of the Baton Rouge clinics the state suggested is not accepting any new patients for STI, breast cancer, or cervical cancer screenings.

The state did not withdraw its original list without a fight. When pressured by Judge deGravelles, an attorney for Louisiana stood by the list, saying it represented every provider in the state that had used a family-planning billing code for insurance reimbursement. Here is an excerpt of the transcript: 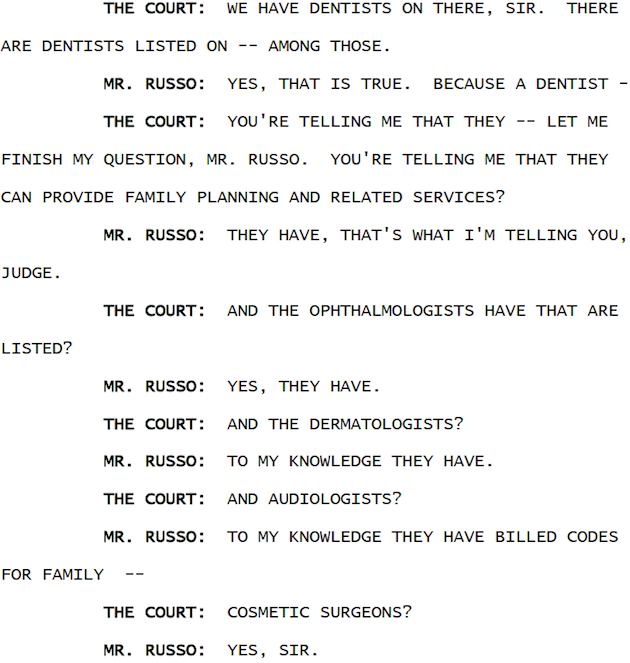 In the September 2 hearing, deGravelles expressed reluctance to allow the contract to expire, since the state hadn’t articulated a good reason for doing so. “You have 5,200 women who are getting their care at these facilities,” he said. “If these contracts are terminated that care is going to be disrupted…for no reason related to the health care they’re getting.…They’re going to have to get other doctors, they’re going to have to seek out other places to get their health care. Correct?”

“They will have to do that,” a lawyer for the state replied. “Correct.”