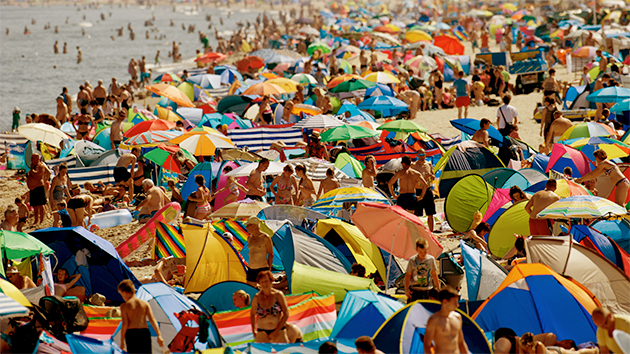 2015 is on track to be the hottest year on record.Stefan Sauer/DPA/ZUMA

One after another, each of 2015’s summer months have been among the hottest ever recorded on Earth. And a trio of new studies out this week, from three different countries, confirms that temperature records just keep tumbling—falling victim to an unusually massive El Niño climate event gathering strength in the Pacific, as well as unrelenting man-made climate change, which is cooking the entire system.

On Monday, Japan’s Meteorological Agency said that this August was the hottest August worldwide since 1891, when its records begin. August was 0.81 degrees above the 1981-2010 average, smashing 2014’s record. 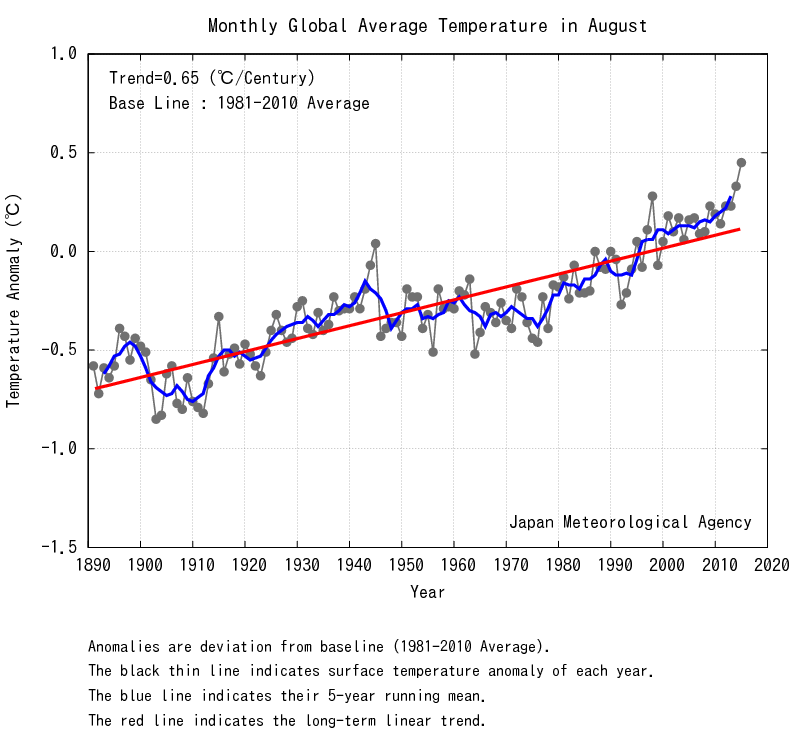 Also on Monday, NASA confirmed that scientists have never recorded a hotter summer than this year’s. When taken together, temperatures for June, July, and August were 1.4 degrees hotter than the long-term average, passing the previous hottest summer, 1998. Unlike Japan’s study, NASA says this August was very narrowly the second hottest August on record (behind 2014).

And finally, major research from the United Kingdom’s Met Office released this week concluded that 2015’s overall temperatures are running at or near record levels (at about 0.684 degrees above the 1981-2010 average)—which suggests the next two years could be the hottest on record around the world.

“We know natural patterns contribute to global temperatures in any given year, but the very warm temperatures so far this year indicate the continued impact of (manmade) greenhouse gases,” said Stephen Belcher from the Met Office, in a news release. “With the potential that next year could be similarly warm, it’s clear that our climate continues to change.”

The Met Office says this year’s El Niño— the global climate event that occurs every five to seven years, bringing drought to places like Australia while heaping rain on the western United States—is likely contributing to record temperatures. (Sadly, it’s unlikely to help quench California enough to break the drought.)

The El Niño itself could break records. “Recent oceanic and atmospheric indicators are at levels not seen since the 1997–98 El Niño,” Australia’s Bureau of Meteorology said on Tuesday, adding that the big climate event is unlikely to subside before early 2016.

El Niño is also probably contributing to the unusually active hurricane season in the Pacific. The Met Office says tropical cyclone activity across the northern hemisphere this year is about 200 percent above normal. Six hurricanes have crossed the central Pacific, more than in any other year on record.