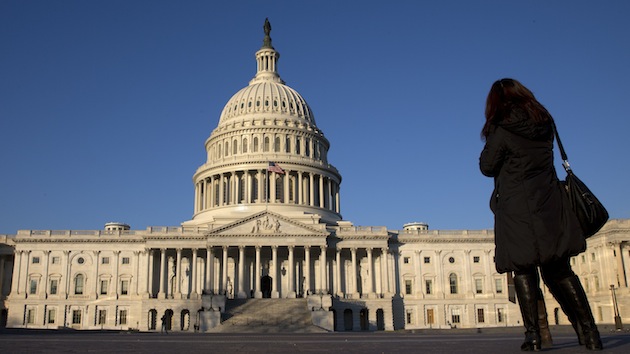 With Congress mired in a leadership crisis, the United States is once again barreling into the all-too-familiar fight over the debt ceiling. Democrats want to raise the government’s borrowing limit, while conservative Republicans want to extract spending cuts in exchange. But if they are unable to reach a compromise, the Bipartisan Policy Center, a think tank, estimates that the Treasury Department will burn through its remaining cash reserves between November 10 and November 19, leading to a catastrophic national default.

The fight politicizes what is basically a technical issue: As Treasury Secretary Jack Lew has emphasized, raising the debt ceiling above the current level of $18 trillion will not increase government spending—it will only give the Treasury Department permission to continue borrowing to meet existing commitments.

If the debt ceiling is not raised, the “extraordinary measures” that the Treasury Department has been using to fund government operations may run dry. These “extraordinary measures” include decreasing investment in some government trust funds and delaying sales of certain securities. This leaves Congress with little time to act, and past experience shows that the cost of delayed action could be high.

It has only been two years since the last standoff, when conservatives suffered a blistering defeat after orchestrating the crisis in a bid to strip funding from Obama’s Affordable Care Act, and only four years since routine bipartisan consensus on the issue first dissolved into political wrangling. Both instances left financial scars that linger today.

The first holdup in 2011—when Congress reached an agreement just two days before the United States’ borrowing authority was expected to expire—raised the Treasury Department’s borrowing costs by about $1.3 billion that year alone, the Government Accountability Office estimated. The Bipartisan Policy Center noted at the time that higher interest rates caused by the standoff were going to cost US taxpayers a total of $18.9 billion over the next 10 years.

Nonetheless, on Tuesday, the Republican Study Committee, a caucus of House Republicans, released a plan requiring $3.8 trillion in spending cuts over the next decade in exchange for raising the debt ceiling to $19.6 trillion. House Democrats, meanwhile, are pushing for a “clean” bill with no spending cuts attached—but leading Republicans, including House Majority Leader Kevin McCarthy (R-Calif.) and House Speaker John Boehner (R-Ohio), have said that such a bill is unlikely to pass the House.

The situation may be exacerbated by uncertainty over who will take over the House speakership from Boehner, who announced his resignation from Congress last month amid incessant struggles with the rising conservative arm of the Republican Party. The divided party has yet to settle on a successor. The far and away favorite, Rep. Paul Ryan (R-Wis.), on Tuesday told House Republicans he would be willing to take the job, but only if all factions of the party agreed to unite behind him.

Should he be put in charge during the debt crisis, Ryan’s history is less than encouraging. He is known as a prominent conservative voice on economic policy, but one who tends to avoid compromise. Throughout the debt ceiling crisis of 2011, he maintained that a bipartisan agreement was impossible.

While delays have their own costs, there is a more dire possibility. If Congress fails to raise the debt ceiling in time, the government could be forced to renege on some spending obligations, cutting off the flow of funds to important programs and damaging the country’s credit rating. During the standoff of 2011, Standard & Poor’s downgraded the United States’ rating for the first time in history. Further downgrades could hit the average American and the economy at large by raising the cost of borrowing.

As Brookings fellow Philip Wallach wrote in a post on Wednesday, the leadership crisis in Congress should not be underestimated. “Should we really trust Boehner’s ability to work this out, given the unfolding and nearly unprecedented collapse of his speakership?” he wrote. “Even if we feel sanguine on this front, shouldn’t Boehner’s departure make us worry that a future speaker might not steer clear of a crash?”