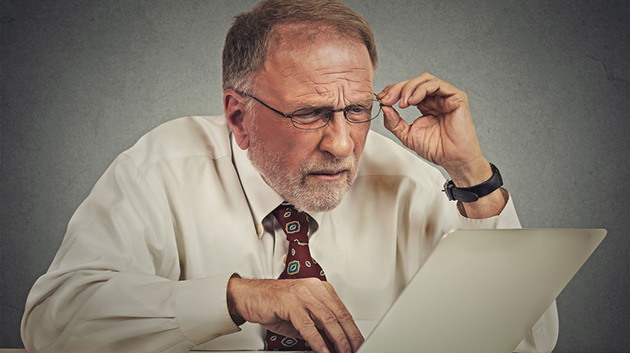 The GOP should stop trying to roll back consumer protections—standing with @POTUS to defend middle class savings. -H https://t.co/fi0BaHq013

Update 10/9/2015: Following publication of this story, Sanders’ press secretary in his Senate office emailed Mother Jones with a statement: “Senator Sanders supports the DOL’s fiduciary rule.” While Sanders had objected to a previous version of the rule, it’s not too surprising that he has come out in support of this measure.

All the Democrats running for president want to assure primary voters that if elected they would crack down on Wall Street. Bernie Sanders regularly rails against the big banks and how the government needs to bust them up. On Thursday, Hillary Clinton released a new plan that described how she’d strengthen Dodd-Frank, the 2010 Dem bill that attempted to fix Wall Street after the crash.

But neither Sanders nor Clinton has said whether they support or oppose one of the Obama administration’s key proposals to protect consumer investments.

Known as the “fiduciary rule,” the plan comes from the Department of Labor and attempts to protect the interests of people with retirement accounts. Currently, retirement investment managers don’t have a legal responsibility to represent their clients’ best interests when offering advice. Instead, they’re free to push their clients toward investments that would be profitable for the manager rather than the consumer. A broker might steer a client‘s 401(k) to a favored firm that sponsored a recent golf outing, for example. That sort of shady advice hurts consumers, especially as old-fashioned pensions continue to decline and are replaced by 401(k)s and IRAs. The Department of Labor has estimated that conflicted advice costs consumers $17 billion per year.

The Obama administration has been fighting to put a stop to these potential abuses. The Department of Labor has issued a proposed rule that would require brokers to explicitly work in their clients’ interests even if that means lower profits for them. This push has been a long slog for the administration, with the first proposed rule—dating back to 2010—scrapped over objections from the financial industry and then rewritten. But the finish line is finally in sight. Labor has collected public comments on the proposal and is expected to issue a final rule in the near future. The fight over the fiduciary rule is likely one of the final major initiatives during the Obama administration that will impose new standards on the financial industry.

So far, Clinton and Sanders have remained mum on the current version of the rule that the Obama administration has proposed, basically ignoring the issue completely. (Former Maryland Gov. Martin O’Malley included a full endorsement of Obama’s proposal in his plan for Social Security.)

Sanders, normally the sort of politician who jumps at any chance to attack the financial industry, is on the record expressing skepticism about the first version of the fiduciary rule that the Obama administration proposed. In December, 2010, Sanders and his fellow Vermont Sen. Patrick Leahy wrote a letter to the Department of Labor requesting a delay in the rule, voicing concerns expressed by Vermont companies that didn’t want to see the rule put in place. They objected to how the rule treated Employee Stock Ownership Plans (systems in which employees earn stock as pay), claiming that it overly burdened appraisers with compliance costs.

The rules on ESOP advisers have changed since that initial proposal (they’re now exempted), but Sanders has yet to say anything about whether he supports or opposes it. His campaign spokesman didn’t respond to requests for comment.

Clinton also hasn’t discussed the proposal. She was serving as secretary of state when the initial rule was presented in 2010, and therefore did not comment on it, but she still hasn’t raised the issue since launching her campaign earlier this year. Her latest proposal on cleaning up Wall Street hinted at supporting the concept of restrictions on the type of advice investment managers can offer, but it did not refer to the Obama administration’s plan. “Billions more [dollars] are drained from retirement accounts because of high fees and conflicts of interest in the investment management industry,” her plan reads, though it only promises that “she will lay out specific proposals” later. Does that mean she supports or opposes the course that the Obama administration has suggested? Her campaign didn’t respond to requests for clarification.

While it might appear to be a minor issue—after all, many brokers will still guide their customers in the right direction—the fiduciary rule has become a major fight for liberal advocates. Labor unions have been pushing the measure hard. And Sen. Elizabeth Warren has become a vocal champion of the cause, joining President Barack Obama during his speech proposing the latest version of the rule earlier this year. “It’s about time to do something we should have done long ago,” Warren said at the time. “To end the kickbacks, the free vacations, the fancy cars, and the other incentives to sell bad products to unsuspecting customers.”