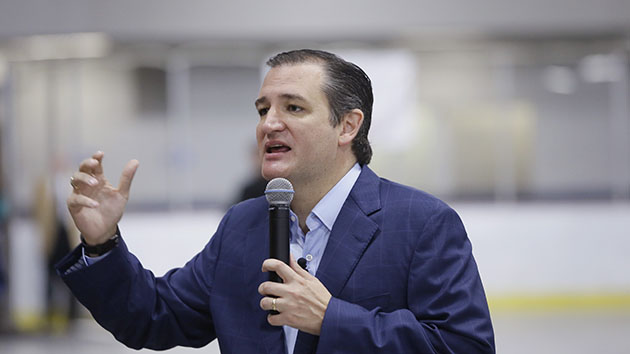 Ted Cruz’s run for president has gotten off to a rough start. He’s currently in sixth place in the polls. The thirst for an outsider candidate that was supposed to propel his campaign has instead been quenched by Donald Trump, Ben Carson, and now Carly Fiorina. But Cruz has a strategy for overcoming his lackluster performance thus far, one that’s drawn strong reviews from some party insiders. Republican consultant Doug Heye praised his “smart” campaign to the Hill newspaper, and the conservative National Review Online reported on “growing chatter” among Republicans that Cruz “is likely to be one of the last men standing.”

The problem is that his strategy is a long shot. It basically calls for Cruz to muddle through the early contests and then kick into gear a month later when Southern states head to the polls in March. And by then, it might be too late for a Cruz surge.

“If it works, everyone will say it’s brilliant,” says Craig Robinson, a Republican strategist in Iowa. “But if it fails, I think this could be looked back on as the colossal mistake his campaign made.”

The Cruz campaign has been candid about its strategy for clinching the nomination, with Cruz touting his Southern “firewall”—building a significant operation in a number of Southern states that will vote on March 1 and, in his view, catapult him to the front of the pack. In politics, the term “firewall” generally refers to a defensive measure meant to preserve a strong position and fend off competitors. That’s unlikely to be the case with Cruz. His firewall, as the National Review Online puts it, is “a backstop against whatever losses he might sustain beforehand.”

This strategy is predicated on a war of attrition among other candidates. The Cruz campaign envisions picking up the supporters of non-establishment candidates as they exit the race. Cruz’s strategists believe—or hope—that his war chest will help him outlast other outsider-ish contenders, such as Rick Santorum, Mike Huckabee, Bobby Jindal, and Rand Paul. By mid-summer, Cruz and the constellation of four super-PACs supporting him had raised a combined $51 million, boosted by an $11 million contribution from secretive billionaire hedge fund manager Robert Mercer. But it’s unclear whether a flush Carson, multimillionaire Fiorina, or billionaire Trump will drop out and provide Cruz an opportunity to coax their supporters into his anti-Washington crusade.

“Our theory has always been that you need to crush your bracket first in order to advance,” Cruz spokesman Rick Tyler told the Hill, referring to college basketball’s March Madness. The idea is that there are brackets of candidates vying for the Republican nomination: the establishment bracket, the outsider bracket, the evangelical bracket, and the tea party bracket. According to the plan, as other candidates—say, Trump, Carson, Paul, and Huckabee—fade, Cruz will slowly win every bracket but the establishment one. That, of course, would set him up for the championship game: outsider/evangelical/tea partier Cruz versus whoever wins the establishment bracket (likely Jeb Bush, Marco Rubio, John Kasich, or Chris Christie).

In keeping with Cruz’s slow, methodical approach, the campaign has begun dispatching surrogates to US territories such as the US Virgin Islands and American Samoa, with the aim of helping the Cruz campaign fulfill an obscure Republican National Committee prerequisite that in order to gain the nomination, a candidate must win a majority of the delegates in eight states or territories. Among them is Cruz’s father, Rafael Cruz, a pastor popular among tea party and evangelical voters.

So Cruz does have a plan. But his largely wait-and-see approach could backfire.

“It’s kind of this odd position to just sit back and think everything is going to fall your way,” says Robinson, who runs a political blog called The Iowa Republican. “In politics, sometimes you have to make the change you want to see.”

Robinson points to the fact that Rick Perry and Scott Walker recently left the race, creating the sort of opportunity to scoop up supporters that the Cruz campaign is banking on. But Cruz, who hasn’t been in Iowa as much as many of the other candidates, wasn’t able to capitalize on their departures. His Iowa poll numbers have held steady for several months, climbing slightly in late September when Walker dropped out, from an average of 7.7 percent just before Walker exited the race to 9.7 percent a few days after. But then his numbers dipped to 8.3 percent, according to the Real Clear Politics‘ polling average. In the latest Iowa poll, Cruz is tied for sixth place with Louisiana Gov. Bobby Jindal, with both at 6 percent, far behind Trump, Carson, Fiorina, Bush, and Rubio. Nationally, Cruz is in a similar position. The Real Clear Politics polling average has him at 6.2 percent, trailing the same five candidates.

The campaign’s assumption is that Cruz’s Southern “firewall” will hold up if he doesn’t have a strong performance in the early states of Iowa, New Hampshire, South Carolina, and Nevada. Yet that may be more a wish than a calculation. As Robinson points out, those early contests will produce winners and losers—and that may well do much to shape the polls and the contours of the contests to come. If Cruz doesn’t have a strong showing in these states, it’s hard to imagine his “firewall” appearing on March 1.

Perhaps realizing that Cruz does need to grab some early-state mojo, his campaign has decided to focus more on Iowa. Starting next week, Cruz will blast through the state with 20 campaign stops in seven days.

Is that enough? Robinson suggests that if Cruz wants his rivals to implode, he might have to start explicitly attacking candidates in his brackets, such as Carson, who has a strong presence in Iowa and major support among the evangelical voters whom Cruz needs. Instead, Cruz is acting like a front-runner, setting up a “firewall” and avoiding direct clashes with his primary rivals.

“What signs are there that these [other candidates] are just going to be a flash in the pan and Ted Cruz is going to pick up the crumbs?” asks Robinson. “I don’t see any evidence of that.”