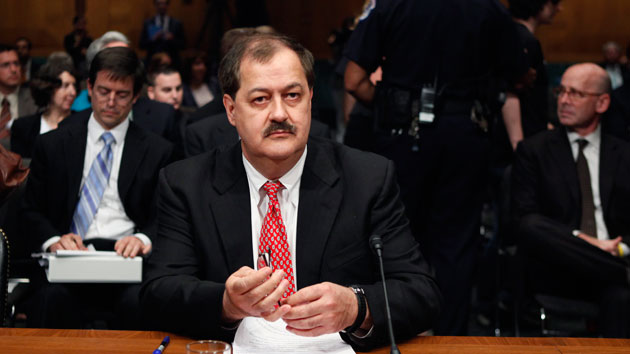 On Tuesday, jurors in Charleston, West Virginia, heard closing arguments in the trial of Don Blankenship, the former CEO of coal giant Massey Energy, who stands accused of conspiring to commit mine safety violations and making false statements to federal regulators. Blankenship, a larger-than-life figure who built the company into the biggest coal producer in Central Appalachia, faces up to 30 years in federal prison if convicted on all charges. 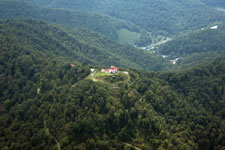 The indictment itself was unprecedented. It was the first time a major coal kingpin faced criminal charges for mining-related practices, and investigators uncovered a culture of deception in which Blankenship’s miners—allegedly with his knowledge—ignored and in some cases covered up serious safety violations from the federal Mine Safety and Health Administration. The marathon trial, which began in early October, was built on a mix of audio recordings, SEC statements, and internal memos, as well as the testimony of more than a dozen subordinates and mine workers who experienced firsthand the effects of the coal boss’s hard-assed managerial methods. The jury began its deliberations on Wednesday.

But the trial was also about two things that aren’t technically part of the case at all. The first is the 2010 explosion at the Massey-owned Upper Big Branch mine that left 29 of Blankenship’s workers dead in the worst US mine disaster in 40 years. The second is President Barack Obama.

Blankenship is not on trial for the Upper Big Branch disaster. If there was any ambiguity about that, the judge’s jury instructions on Tuesday made it quite clear. But the explosion was omnipresent during the proceedings nonetheless. The period in which Blankenship was accused of conspiring to commit mine safety violations ended the day of the blast. The false statements Blankenship allegedly made to federal regulators, in the form of a rosy Securities and Exchange Commission filing about Massey’s commitment to workers’ safety, were made when the company’s stock was falling in the aftermath of Upper Big Branch. The details about the blast were so well known that the defense pushed, up until the final week before the trial, to have the proceedings relocated to as far away as Baltimore.

Much of the testimony centered on the conditions in the mine in the years and months leading up to the explosion, lending the government’s narrative a sort of what-if overtone. US Attorney Booth Goodwin’s top witness was Chris Blanchard, the former president of Performance Coal, the Massey subsidiary that ran Upper Big Branch. According to the Charleston Gazette–Mail, Blanchard told prosecutors he was under intense pressure to run coal at his facility, and described a conversation with Blankenship in which the boss accused him of “letting MSHA run my coal mines”—that is, the Mine Safety and Health Administration, the federal agency that regulates coal mines. In his telling, Blankenship treated mine safety violations as a necessary cost of doing business. “I believe there was an understanding that it was less money to pay the fines for the safety violations than the cost of preventing the violations,” Blanchard told jurors. Massey had the money—it was ultimately sold for $7.1 billion in 2011. But there were rarely enough miners on the payroll to meet production goals and safety standards at Upper Big Branch. Blanchard’s assistant testified that Massey had laid off 17 workers a week before the disaster.

Another former Massey employee, a ventilation expert, complained to Massey’s legal counsel in February 2010—two months before the explosion—to warn her that “the worst is yet to come.” In an earlier memo, the expert fretted that by “plainly cheating on dust samplings“—misreporting the air quality in a mine to bring it into compliance with MSHA—the company’s workers were simply “carrying out what they were told to do.” In a recorded phone call that was played for the court, Blankenship replied that such a document would look terrible if it ever turned up in discovery. In an in-person meeting with Blankenship, the same expert testified, he warned the CEO that “you can’t afford to have a disaster.”

Rick Hodge, a former Upper Big Branch superintendent, testified that Massey ramped up its safety work in response to a threat of tougher enforcement actions by the MSHA in 2007. The result was a dramatic improvement. But as soon as the MSHA backed off its threat, business returned to normal. The rock-dusting crew was phased out and the mine went back to running coal on Saturday. Conditions at the mine reverted to their pre-cleanup levels.

Those workers had been tasked with doing things like cleaning up combustible coal dust. The fact that investigators blamed the Upper Big Branch explosion in part on excess levels of coal dust went unmentioned. But it wasn’t tough to read between the lines.

Early in the trial, prosecutors played for the jury a tape of a phone conversation Blankenship had recorded for his own records. In it, the embattled coal boss, who has been portrayed by the defense as an ardent defender of miner safety, downplayed the prevalence of black lung, which has been at least partially responsible for 76,000 miner deaths since 1968. “The truth of the matter is black lung is not the problem in this industry that is worth the effort they put into it,” he told a colleague. Unsaid was that state investigators found signs of black lung in 24 of the 29 miners who died at Upper Big Branch—an incident rate 10 times the state industry average.

Blankenship did not take the stand at the trial, but he spoke often, in the form of recorded phone calls with business associates, mine superintendents, and a significant other. The prosecution sought to portray him as not only domineering—aware of everything that happened in his mines at all hours of the day—but also greedy and callous, in order to establish a motive for why he would neglect mine safety and mislead investors. During one call with his girlfriend, a frustrated Blankenship complained that the company’s board treated him “horrible.” Sure, he pulled in a $12 million salary, but he felt that too much of his compensation came in the form of stock options. “They talk about all my pay being in stock, and all of it being on options and none of it being in cash,” he said. “Finally I said, ‘I can’t go to the grocery store and buy groceries with options!'”

Blankenship’s attorneys, for their part, built their defense around a simple question: Why him? Even before the case went to trial, his lawyers sought to have the case thrown out on the grounds that it was selective prosecution. In a legal filing last February, they argued that Blankenship was being targeted by the Justice Department because of his conservative politics, his poor (to say the least) relationship with organized labor, and his public criticism of the MSHA, including a low-budget 2014 documentary he bankrolled and starred in called Upper Big Branch—Never Again that cast doubt about the government’s theory of the blast. The result was a “selective and vindictive” prosecution designed to silence him, in violation of his First Amendment rights, Blankenship’s lawyers contended.

Just as the prosecutors largely talked around the Upper Big Branch disaster without evoking it by name, the defense sought to rewrite the history of the explosion in indirect ways. The alternative theory presented by Blankenship’s documentary was that it was the MSHA, not Massey, that created unsafe conditions in the mine through a series of counterproductive safety mandates. This was an important line of argument because Blankenship’s hostility toward the agency was incontrovertible. (Of the MSHA, he once told a tea party audience that “the very idea that they care more about coal miner safety than we do is as silly as global warming.”) Sure he hated the regulators, the argument went—but he was right.

But the MSHA was also shorthand for something else. The only person perhaps less popular in southern West Virginia than Don Blankenship might be the man who, days after the Upper Big Branch disaster, announced that mine owners “responsible for conditions in the Upper Big Branch Mine should be held accountable for decisions they made and preventive measures they failed to take”—that is, President Obama. Blankenship’s lead attorney, Bill Taylor, told jurors during his opening statement that Blankenship “dislikes the Obama administration” (a boast disguised as an admission) and later pushed the point that the MSHA became more active at Massey sites after George W. Bush left office.

If “Obama” was your drinking word, you were in for a rough time. During one cross-examination of a government witness, a financial expert, one of Blankenship’s attorneys asked the witness if he knew who Obama was, and quizzed him on the impact of the president’s public comments about the explosion. The broader point was that the prosecution was political. The subtext was that the politician was Obama—so unpopular in West Virginia that he nearly lost the primary in 2012 to a federal prison inmate.

During the closing arguments, Goodwin, the US attorney, introduced himself to the members of the jury, and informed them that he had been appointed to the job by the president of the United States. “I think you’ll remember his name,” he said. “It was said about three dozen times the other day.”