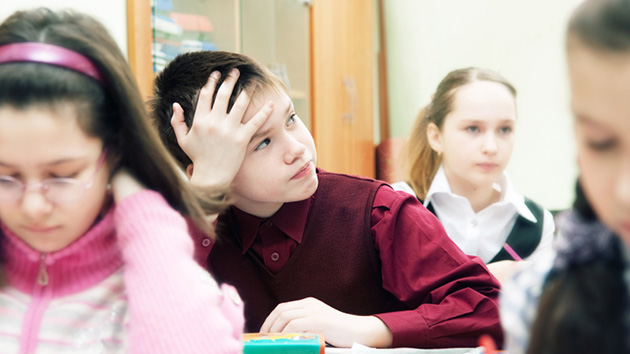 The decades-old school choice debate is back, this time in Nevada. Under a Republican-sponsored plan that passed earlier this year, families can use state education funding for private schools, virtual schools, or homeschooling costs. But instead of limiting these so-called education savings accounts to its most needy students, Nevada has left them open to every student in the state—a plan that opponents say will drain funding from already struggling public schools.

The state’s new law is currently being reviewed in the courts, with two different lawsuits claiming the law is unconstitutional. (Nevada Attorney General Adam Laxalt asked a judge to dismiss one case earlier last October.)

The judge hearing that case signaled that a ruling is coming soon. Until then, here are some key details about school choice in Nevada:

Nevada’s public schools are in the toilet. The Silver State consistently ranks near the bottom when it comes to education spending. Things got so dreary in the mid-2000’s that the state even amended its constitution with “Nevada Fund Education First,” a measure to ensure the education budget is determined before all other items. Even worse, Education Week ranked Nevada dead last in 2014 in a “Chance for Success” analysis that combined data on student achievement, state spending, and standards and accountability.

The state GOP has been pushing school choice since taking over the Legislature last year. According to the Washington Post, Republican state Sen. Scott Hammond introduced the Education Savings Account Act last spring after he attended a seminar by the Friedman Foundation, an advocacy organization founded by the father of free-market ideas in education, Milton Friedman. The bill passed, and Gov. Brian Sandoval signed it into law in June.

Nevada ranked dead last in a 2014 “Chance for Success” analysis that combined data on student achievement, state spending, and standards and accountability.

“The Nevada ESA program is the gold standard in school choice as it gives all children the opportunity to select an educational setting that meets their needs,” said Robert Enlow, president and CEO of the Friedman Foundation for Educational Choice said in an email. “Every child deserves the chance to pick the type of education that works for them.” The organization’s website noted Nevada as “the state most likely to succeed this session” and one that has “blown away our expectations.”

The plan is the hot new thing in the school choice movement. Four states—Mississippi, Arizona, Florida, and Tennessee—currently offer education savings accounts (though those programs are usually limited to students with disabilities or those from low-performing schools or low-income families). In Nevada’s program, a portion of the state’s planned per-pupil expenditure (ranging from $5,100 to $5,700) is put in an account that parents can access each quarter. Unused money will roll over into the next school year and could eventually end up in an account for college. State officials claim the accounts will give families more options; in an email, the Nevada treasurer’s office said that reasons for changing schools could include bullying, overcrowding, “or that the public schools just aren’t living up to [parents’] expectations.”

Meanwhile, teachers unions and Democrats have been outspoken in their opposition. “It could really undermine the public school system,” said David Gamson, a researcher of equal educational opportunity and a visiting scholar at the Russell Sage Foundation, a social-science research institute. “Most public school systems have problems, but taking money away from them isn’t necessarily going to help them.”

The two lawsuits claim the law violates the state constitution. In late August, the American Civil Liberties Union sued the state over the Education Savings Account Act. In a suit filed with Americans United for Separation of Church and State, the ACLU claimed the law violates the Nevada constitution by providing taxpayer money to religious schools. (The constitution states that “no public money to be used for sectarian purposes”; roughly two-thirds of Nevada’s private schools are religiously affiliated.)

“It doesn’t promote better schooling for low-income [kids]…It’s welfare for the rich.”

“Not only is [the law] going to fund religion, but the money is able to be used at religious institutions which discriminate in admissions and in employment,” said ACLU of Nevada legal director Amy Rose, who listed sexual orientation and gender identification as possible grounds for discrimination.

Parent-run organization Educate Nevada Now partnered with two law firms and the Education Law Center to file another lawsuit against the state, contending that the law diverts public funds earmarked for education to other sources.

Both the ACLU and Educate Nevada Now have filed preliminary injunctions, hoping to hold off the law for as long as possible. Lawyers expect the cases to be decided by early next year. If the law is found constitutional, parents will be able to access their educations savings accounts starting in February.

Don’t expect Nevada’s plan to fix the achievement gap. The state has had no trouble finding interested applicants: Earlier this month, 4,100 eager enrollees caused a temporary failure in the state treasurer office’s online application system. Although other states’ voucher programs and education savings accounts claim to help low-income students, that’s not necessarily the goal in Nevada.

An analysis from the Reno Gazette Journal found that out of the 3,000 families who applied in September, the majority didn’t need much assistance for private school costs. More than 80 percent are Nevada residents living in neighborhoods where the median income exceeds the state’s annual median income of $51,000. Opponents of the plan say the $5,000 payout isn’t enough for a poor family to afford tuition, but serves as a financial boost for the upper middle class interested in private schools.