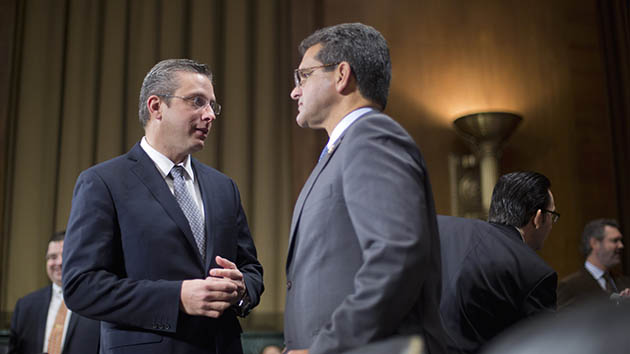 Earlier this week, congressional Republicans introduced two bills designed to help Puerto Rico cope with its unsustainable $72 billion debt obligation. Both pieces of legislation—introduced in the House by Rep. Sean Duffy (R-Wis.) and in the Senate by Sens. Orrin Hatch (R-Utah), Lisa Murkowski (R-Alaska), and Chuck Grassley (R-Iowa)—included language that would create a federally appointed oversight board to control the island’s finances. The House bill also included provisions that would permit Puerto Rico’s cities and publicly owned institutions to restructure debt under federal bankruptcy law.

While the island’s legislators and activists have long wanted bankruptcy protection, the creation of such a powerful oversight board immediately prompted a strong and negative reaction among the island’s politicians and activists.

“The bill introduced by Chairman Hatch imposes a federally appointed board that would have virtually total control over financial decision-making in Puerto Rico, which is unwarranted and unacceptable,” Rep. Pedro Pierluisi, the island’s nonvoting representative to Congress, told Mother Jones. Pierluisi said both bills’ version of a federal oversight board were too heavy-handed, and that he would work with congressional leaders to craft the “level of federal control so that it is fair and proportional.”

On January 1, Puerto Rico must come up with $957 million in interest payments, which would be difficult given the current financial pressures. Congressional intervention would probably be attached to the omnibus spending bill, which is likely to be voted on by December 16. Pierluisi, the island’s governors, and others have asked Congress for months to change the law that prohibits Puerto Rico from restructuring debts under federal bankruptcy law. They’ve also asked for equitable treatment under federal spending programs like Medicaid, but so far Congress has been unwilling to act.

“As a result of our pressure, this issue is being discussed and debated at the highest levels of the US government,” he said. “That in itself is a remarkable achievement for a territory that is usually ignored or an afterthought in Washington.” He’s hopeful that a deal can be reached by Wednesday of next week.

Just before the legislation was introduced, Pierluisi said on the House floor that along with years of financial mismanagement locally, the problems Puerto Rico faces are at least as much due to the United States’ colonial relationship with the island. He called the situation a “national disgrace.”

But Nelson Denis, a journalist, author, and former New York state assemblyman who has long studied the relationship between Puerto Rico and the US federal government, pointed out that as currently written, the Senate version of the the financial oversight body creates an authority that has the power to make financial decisions for the island, conduct its own investigations, subpoena witnesses, file for administrative or criminal charges against island officials who don’t comply, and take out loans for which island taxpayers—not the US federal government—would be liable.

“This is where our ‘Commonwealth’ relationship to the US has gotten us,” wrote Denis, whose mother is Puerto Rican and who is also the author of War Against All Puerto Ricans, a book about the island’s struggle for independence and failed revolution. “A dictatorship in the Caribbean, created in Washington, operated from Wall Street, all disguised as a ‘management assistance authority.'”