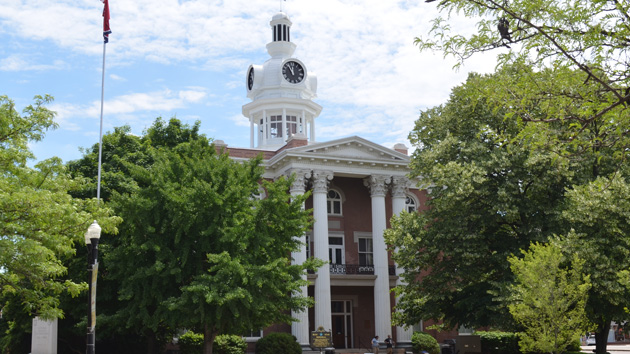 Update, Feb. 29, 2016, 2:30 p.m. EST: Anna Yocca, a Tennessee woman who was initially charged with attempted first-degree murder last December after using a coat hanger to self-abort in her home, is now facing a reduced charge.

The outstanding attempted murder charge is scheduled to be dismissed on March 29, and Yocca’s attorney, Public Defender Gerald Melton, said he anticipates the state will come back with an aggravated assault charge instead.

Melton was appointed to represent Yocca when she told the court she was unable to afford an attorney. Melton sought a mental health evaluation of Yocca, which he says has not been performed yet. Yocca will remain in jail until the the case goes back to grand jury in March. Melton told local newspaper The Daily News Journal that he thought it would be “too much trauma” for her to be released only to be arrested again on the new charge.

Anna Yocca, who made national headlines last week for trying to self-induce a miscarriage with a coat hanger and was arrested for attempted murder, pled “not guilty” today to charges of first-degree murder.

A little more than a dozen abortion rights advocates showed up to the Rutherford County courthouse in support of Yocca, holding signs and chanting, “Free Anna Yocca!” Yocca pled via video conference and she was appointed a public defender.

Yocca, 31, was arrested nearly two weeks ago, but she attempted the abortion in her bathtub last September. She was 24 weeks pregnant at the time. When she began to bleed uncontrollably, her boyfriend drove her to the hospital. Physicians delivered a 1.5 pound boy, who remains in the hospital with severe medical problems resulting both from the premature delivery and the attempted termination of her pregnancy.

Yocca is being held at Rutherford County Detention Center on a $200,000 bail.

Tennessee has some of the most restrictive abortion laws in the country, and the state legislature plans to propose more. In 2014, an amendment to the state constitution clarified that it would not protect a woman’s right to an abortion, and prohibited public funding for abortion—despite that fact that state and federal dollars cannot legally be used to fund abortion. The average cost of an abortion in the state has been calculated to be $475-$680. Clinics in Tennessee don’t perform abortions after 16 weeks.

The amendment, which was one of the most expensive ballot measures in the state’s history, gave state lawmakers more power to restrict abortion access. A law implementing a 48-hour waiting period was enacted in July. The state also has a “fetal homicide law,” meaning prosecutors can charge women for any behavior, such as taking drugs, that might harm or kill a fetus. So far, Yocca is not being charged under this law. Because she is being charged with attempted homicide, the case could open the state up to a constitutional challenge.

Yocca faces a possible life sentence if she is convicted of attempted murder. She is scheduled appear in court next for a discussion hearing on Jan. 5.