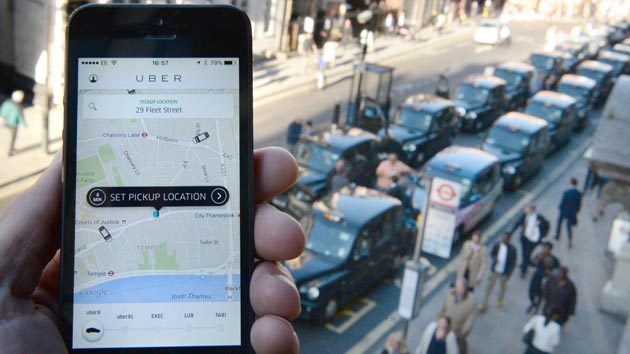 For the past two years, car-hailing app Uber has tried several legal maneuvers to quash an ongoing class-action lawsuit filed by a number of its drivers in California. They contend that they’ve been wrongly classified as contractors, instead of full employees, and that Uber has withheld some of their tips. On Friday, the $50 billion company deployed its latest tactic: An updated driver agreement began popping up on Uber apps nationwide that drivers were required to sign before being able to accept any new rides over the weekend, reports the San Francisco Chronicle. But many see this agreement as the company’s most recent attempt to kneecap the class action lawsuit.

In 2014, Uber rewrote its driver agreements to include an arbitration clause that stripped drivers of their right to sue the company in regular court. On Wednesday, a federal judge in San Francisco threw out that agreement, making it possible for the ongoing class-action to include all of the 160,000 drivers who have worked for Uber in California since 2009.

Two days later, Uber added language about arbitration to its driver agreements that could skirt that ruling, preventing new drivers from signing onto the class-action lawsuit. Binding arbitration clauses require workers to resolve disputes in private, confidential sessions with paid arbitrators rather than in court. They also usually prohibit workers both from appealing the initial arbitration decision and, as is the case in Uber’s new driver agreement, participating in class actions.

“We believe this is an illegal attempt by Uber to usurp the court’s role now in overseeing the process of who is included in the class,” Shannon Liss-Riordan, the Boston-based attorney who is leading the lawsuit against Uber, told the San Francisco Chronicle. Liss-Riordan is filing an emergency motion that will be heard by Judge Chen on Thursday, asking the court to prevent Uber from enforcing this new agreement.

If drivers manage to get to the final paragraphs of the complex 21-page agreement, they’ll discover that they don’t have to sign off on the new arbitration clause at all. By emailing Uber directly with their decision to opt out of being forced to resolve their disputes with binding arbitration, they would be able to continue to drive. The new agreement also won’t affect those drivers who are already participating in the lawsuit.

The ongoing lawsuit challenges two aspects of how the $50 billion company treats workers: First, it claims that Uber has misclassified its workers as contractors, depriving them of crucial employee benefits such as vehicle maintenance expenses. It also alleges that the company has been manipulating ride prices by incorrectly assuring riders that a full tip is included in the fare when, in fact, Uber has kept a portion of those tips rather than remitting them fully to drivers. The suit asks Uber to reimburse drivers for lost tips and expenses, plus interest. If the group of plaintiffs grows by 160,000 drivers, the civil penalties requested in this suit could get very expensive for Uber.

Liss-Riordan explains that Uber is trying to thwart the class action because the alternative—lots of individual lawsuits—would be much simpler and cheaper for the company to handle. The time and money involved in hiring a lawyer would deter many drivers from ever pursuing an individual lawsuit. “And of course, Uber does not want to be sued 160,000 times,” Liss-Riordan told Mother Jones in October. “What it wants is for most of these drivers just to go away.”