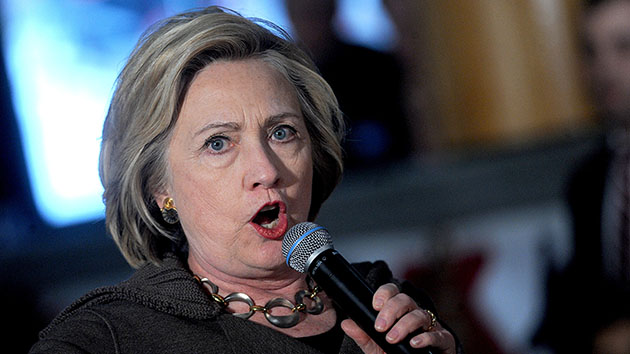 Clinton campaign officials alleged that Sanders is not releasing the details of how he’d pay for the plan because he wants to hide tax increases that would hit the middle class. Earlier on Wednesday, Sanders’ campaign had released a comprehensive list of proposals to pay for his various campaign schemes—except for health care. As recently as 2013, Sanders had regularly introduced bills for single-payer health plans that include details on the tax increases that he would include to pay for the system, including an across-the-board 2.2 percent income tax hike. Since launching his presidential campaign, he’s continually promised to introduce a new Medicare-for-all proposal, but has yet to come out with the details.

Speaking on behalf of the Clinton campaign, senior policy advisor Jake Sullivan and national press secretary Brian Fallon ripped into Sanders for the delay, claiming that it did a disservice to Democratic voters, with the Iowa caucuses just three weeks away. “It’s not becoming, and it’s not worthy of the caucus-goers in Iowa,” Fallon said.

The pair of Clinton aides weren’t subtle in suggesting that the reason Sanders has yet to unveil a proposal is because he doesn’t want to talk about the tax increases needed to fund it. “One can only draw the conclusion that the Sanders campaign does not want to outline what is going to amount to a massive across-the-board tax hike on working families,” Sullivan said. (The Sanders campaign did not immediately respond to a request for comment.)

Clinton has regularly attacked both Sanders and her other Democratic opponent, former Maryland Gov. Martin O’Malley, for being willing to raise taxes on people she terms middle class—a broad definition that reaches nearly to the top tier of incomes.

Although they objected to the lack of detail, the Clinton campaign staffers evidently had enough details to launch a harsh critique of Sanders’ concept of universal health care. “Clinton believes, given the problems of income inequality, the last thing that we should be doing is raising taxes on the middle class,” Sullivan said. “She has said many times that we need to give middle-class families a raise, not a tax increase.”

What about the contention from Sanders that any extra costs from taxes would be offset with boosts in disposable income once people no longer need to pay for insurance? “From our perspective, it is far from clear that everyone would in fact save money from Sen. Sanders’ plan,” Sullivan said. “In fact, we believe that many middle-class and working families would be worse off under this plan.”

The Clinton campaign has dug in deep against Sanders on health care this week. Clinton attacked her opponent’s plan as a “risky deal” during an Iowa event on Monday, and her daughter Chelsea Clinton, acting as a campaign surrogate, said on Tuesday that it’d “strip millions and millions and millions of people off their health insurance.” Although single-payer health care might be a political longshot after the drawn-out fight over the more moderate Obamacare, attacking the merits of single-payer in a Democratic primary is a strange strategic choice for the Clinton campaign. A poll from a progressive group last year found that about 80 percent of Democrats support single-payer.

But Clinton seems intent on doubling down on the sort of arguments you typically hear from Republicans, claiming that her opponent is too focused on taking money away from voters for big government programs. “When Hillary Clinton says that, as president, her number one challenge would be to seek to get incomes rising again,” Fallon said, “a proof point of that is that she does not want to start off on day one by slapping a tax increase that would directly take money out of the pockets of those very same households whose take-home pay we’re seeking to increase. So it’s a very risky proposition, altogether, for Sen. Sanders to be suggesting that he wants to address those stagnant wages as well, but all he can commit to, what he is promising off the bat, is tax increases that would adversely impact the take-home pay for those very same households.”