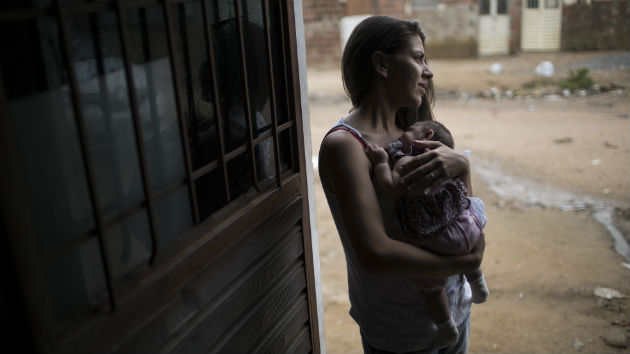 Amid the rapid spread of the mysterious Zika virus throughout Latin America and the growing evidence that it may lead to birth defects, governments in the region have made an unusual request: that women should hold off on having children for as many as two years. The unprecedented directives from heads of state and government officials have shocked many public health and medical experts. They say the prohibition of pregnancy could have untold effects on the birthrate in Latin America, and that managing and terminating a pregnancy is often not an option for many women in the region, where contraceptive access is limited and abortion laws are some of the strictest in the world.

“The way these governments are handling the virus is foolish, highly unrealistic, and insensitive to women,” says Carmen Barroso, the regional director of the International Planned Parenthood Federation in the Western Hemisphere. “Even if a woman is convinced by the governments’ messages, she might still get pregnant unintentionally. What the government should be doing, besides combating the virus, of course, is they should make it easier for women to avoid pregnancies they don’t want.”

Women who are already pregnant or become pregnant while the Zika virus is still active will have few resources due to the strict abortion laws in the region, says Paula Avila-Guillen, a program specialist for the Center for Reproductive Rights, which has offices in Colombia (where she also grew up). El Salvador, Nicaragua, Chile, and the Dominican Republic all ban abortion, with no exceptions for rape, fetal anomaly, or the health of the mother. The Vatican city-state and Malta are the only two other places in the world with comparable laws.

“The way these governments are handling the virus is foolish, highly unrealistic, and insensitive to women.”

Of the countries that have called on women to avoid pregnancy, only Colombia allows for abortion in cases of fetal anomaly, and the vast majority of nations in the region don’t permit abortion in such cases. Even in Colombia, 99 percent of abortions are clandestine, because so many women are turned away by doctors who won’t perform the procedure. In Brazil, a 2012 Supreme Court case created an abortion exception only in the limited instances of anencephaly, a severe fetal brain deformity that causes stillbirth. And of the Latin American countries with active cases, only four offer abortions “on request” or without justification.

The Zika virus, transmitted to humans by the Aedes mosquito, was first spotted in West Africa in the 1940s and has slowly made its way across the world. Brazil now has more than 1 million cases, and the virus is spreading rapidly across Latin America and the Caribbean; more than 20 countries and Puerto Rico are currently battling outbreaks of Zika, for which there is no treatment or vaccine. For most people who are exposed, the symptoms are mild, but a small number of people in Brazil and El Salvador infected with the virus have also been treated for Guillain-Barré syndrome—a rare autoimmune disorder that causes paralysis—leading doctors and researchers to believe there’s a connection between the two. And medical experts say there also appears to also be a link between Zika and congenital microcephaly, a neurological disorder that halts brain development.

It’s this second connection that has regional governments and public health agencies most alarmed. In the four-month period since last October, there have been more than 3,500 reported cases of microcephaly in infants born in Brazil alone, compared with the average of 163 cases reported nationwide each year, according to the World Health Organization. The disorder, which causes babies’ heads to remain much smaller than those of other babies, can lead to a range of symptoms, both life-threatening and not, including seizures, developmental and intellectual disabilities, and hearing and vision problems. In the past, it’s been linked to rubella, severe malnutrition, and exposure to harmful substances. This is the first time the defect has been connected to Zika, though scientists are still studying the relationship between the two.

Evidence of birth defects prompted El Salvador, where 96 pregnant women are suspected of having contracted the virus, to request that women stop getting pregnant until 2018. “We’d like to suggest to all the women of fertile age that they take steps to plan their pregnancies, and avoid getting pregnant between this year and the next,” said Deputy Health Minister Eduardo Espinoza last Thursday. And in Colombia, which has the second-highest number of infected people after Brazil, government officials recently said women should wait six to eight months before conceiving. Jamaica, which as of yet has no recorded cases of Zika, advised women to delay pregnancy for 6 to 12 months.

The US-based Centers for Disease Control and Prevention also urged pregnant women and those trying to become pregnant to reconsider their plans to travel to the countries affected by the virus. The move is the first time the CDC has ever advised pregnant women to avoid a specific region.

But pregnancy is not a choice for many people in the region because of strict government policies restricting abortion and limiting access to contraception. Fifty-eight percent of pregnancies in Latin America and the Caribbean are unintended, compared with 48 percent in the United States and 42 percent in Western Europe.

Only Colombia allows for abortion in cases of fetal anomaly, and the vast majority of nations in the region don’t permit abortion in such cases.

“The price of contraceptives is too high for the very poor,” says Barroso, who adds there are still significant obstacles to obtaining contraception throughout Latin America, and particularly for rural women who need to travel several hours to get to a clinic. “They’re also not available very easily for young women, who are stigmatized because they’re not supposed to be sexually active. And then there’s the violence.”

Each year, 1.6 million women are raped in the region, according to Avila-Guillen. “Latin America has one of the highest rates of teen pregnancy and also of sexual violence. What is the government going to do about the women who get raped, if not provide them services and options?”

Adolescent women account for one-fifth of all births in the region each year. Of the young people in Latin America and the Caribbean getting pregnant unintentionally, 83 percent were not using contraception.

And then there are the strict laws banning abortion. El Salvador’s anti-abortion laws have become particularly notorious after a 2013 case in which the country’s highest court rejected the request of a woman and her doctors that her pregnancy be ended in order to save her life. The woman survived but the baby died following a C-section. Women in El Salvador are regularly prosecuted and imprisoned for abortion and even for miscarriages and stillbirths.

Bans and restrictions haven’t stopped abortions from happening. According to the Guttmacher Institute, in 2008 women in the region got 4.4 million abortions, but 95 percent of those abortions were unsafe. Ninety-seven percent of women of childbearing age live in countries where the abortion law is highly restrictive.

“A woman who procures herself an abortion is running a very high risk,” says Barroso. “There will be a lot of women in very difficult situations because in addition to all the fears you already have in a pregnancy, there’s this additional one. And if she wants to interrupt the pregnancy, she’ll run the risk to her life because she’ll have to have an unsafe abortion because they are so limited in availability. It is tragic.”

All these issues are compounded for women in rural and poor parts of the region, who not only have significantly less access to family planning and reproductive health care, but are also at much higher risk of exposure to the Zika virus because of poorer hygiene and tropical climates.

“The poorest women live in the mountains, places in tropical areas where there are more mosquitos and they’re more isolated from health facilities, says Avila-Guillen. “This virus will probably affect them disproportionately.”

The upshot of all this? Advocates on the ground are using the momentum created by the Zika virus to attempt to push through laws that allow women to get abortions due to fetal anomalies, but they are not optimistic. There is precedent: In 2012 Brazil loosened abortion restrictions to include anencephaly, after those cases rose dramatically.

“The virus is an opportunity because it’s showing the consequences of restrictive abortion laws,” says Avila-Guillen. “Women of reproductive age should have the ability to decide whether or not to be pregnant, and the government needs to give them those options.”