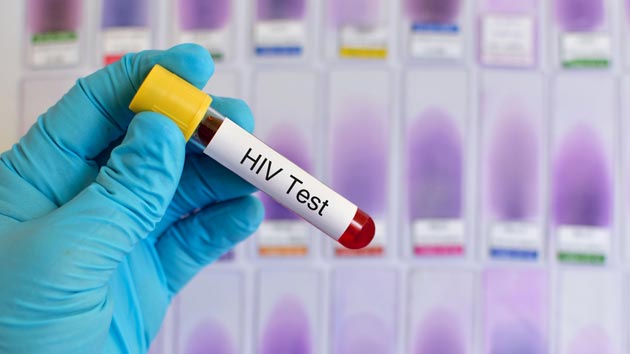 In the final days of 2015, while most were preparing for Christmas and the New Year, the state of Texas presented a different sort of holiday surprise: The Texas Department of State Health Services announced that at the start of 2016 it would cut off about $600,000 in funding for HIV prevention services provided by Planned Parenthood. The state has provided this funding to the women’s health provider for nearly 30 years.

The state gave no reason, saying simply that “there will be no further renewals of this contract” in its notice to Planned Parenthood.

“The state cuts these programs in an attempt to score political points,” Rochelle Tafolla, a spokeswoman for Planned Parenthood Gulf Coast, told the Texas Tribune. “The true victims here are tens of thousands of women and men who no longer have access to health care that they need.”

Planned Parenthood Gulf Coast—the only Planned Parenthood affiliate that receives this grant—has used this money since 1988 to fund more than 138,000 HIV tests, HIV and STI counseling and education programs, and prevention services such as condom distribution in five counties in the Houston area. The program takes HIV testing outside clinics, to locations such as jails, nightclubs, and college campuses. Harris County, one of the regions covered by the now-defunded program, diagnosed 1,289 new HIV cases in 2014—more than any county in the state.

The roughly $600,000 used for the program was administered by the state of Texas as part of a federal grant for HIV prevention from the Centers for Disease Control and Prevention. In 2015, that grant totaled more than $13 million. It’s unclear what Texas will do with the funds previously allocated to Planned Parenthood. A health department spokesperson told the Texas Tribune that they are “working with local health departments in the area” to continue to provide the HIV prevention services that Planned Parenthood had provided for decades.

This defunding move came two months after Texas’ health officials announced that the state would pull Medicaid funding from Planned Parenthood over alleged “acts of misconduct” revealed in selectively edited undercover videos released last summer by the anti-abortion Center for Medical Progress. Three days after the initial defunding announcement in October, investigators went to Planned Parenthood clinics in four cities to demand extensive records on Medicaid and billing. State health officials claimed they had proof of Medicaid fraud by Planned Parenthood, but they haven’t actually produced this proof. They also have yet to deliver the “final notice of termination” to formally defund Planned Parenthood, so for now the organization is able to continue providing health care services to low-income women in Texas who are on Medicaid.

This situation has precedents with bleak consequences. After Indiana passed a bill defunding Planned Parenthood in 2011, a federal judge overturned the bill, but legislators found other ways to chip at the women’s health provider’s funding. Over the next two years, five rural Planned Parenthood clinics across the state that offered HIV testing but not abortions were forced to shutter. Following their closures, the state saw an alarming HIV outbreak in some of those rural areas.