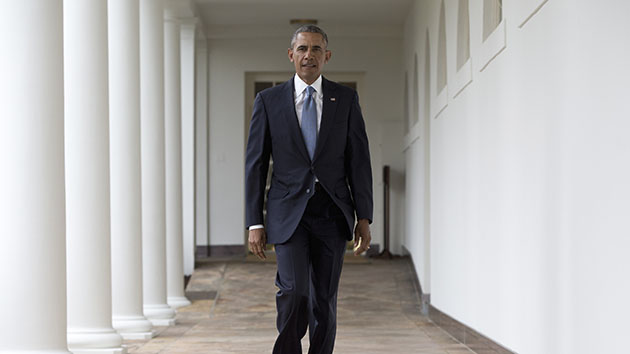 On Tuesday night, President Barack Obama will deliver his final State of the Union address to cap what has been, in many ways, a historic presidency. Obama is the third consecutive two-term president, and his predecessors’ final addresses offer hints as to what we can expect from Obama’s speech. Bill Clinton and George W. Bush both spoke of the importance of strengthening the economy and highlighted examples of economic progress. Clinton advocated efforts to close the “gulf between rich and poor,” while Bush warned of the dangers of rising entitlement spending if costs weren’t reined in. Expect Obama to follow suit and call for broad and sweeping improvements to the country. Obama’s specific proposals may differ—look for him to urge gun control legislation, a reform of the immigration system, and continued access to affordable quality health insurance—but the tenor of his speech should be similar: The past seven years have brought great progress, but there are a few steps remaining to cement his presidential legacy.

Obama is not just at the end of his term, but at the end of his presidency. Unlike his 2012 address, when he made a specific pledge to reform Medicare and issued pleas for bipartisan tax and entitlement reform, his speech on Tuesday will probably be painted with broader strokes, commenting on the general state of the country and progress that has been made since 2008. While you can expect him to mention the Affordable Care Act and call for more sensible gun control legislation, he’s also likely to focus on the future and the fates of ordinary Americans.

In a Sunday interview with CNN’s Jake Tapper, Obama’s chief of staff, Denis McDonough, foreshadowed the tone of the president’s remarks.

Obama no longer has to worry about re-election, and he can’t expect much meaningful legislation to emerge from cooperation with Republican leaders in Congress in his final year, so he may take off the gloves in addressing the GOP. Condemnations of the Republican responses to climate change and mass shootings will be fair game. He may use Republican presidential candidates’ anti-immigrant statements to press for reforms to the immigration system—and to take down the GOP field a notch in the public view.

This election year is of particular importance to Democrats. They are currently outnumbered by Republicans in both the House and Senate, and relinquishing the Oval Office would create a nightmare scenario for those left of the aisle. While the president has promised not to endorse any candidate in the Democratic primary in 2016, he might look forward to November and devote a portion of his speech to a more direct rejection of conservative strategies, especially when it comes to guns, the economy, and health care.

The State of the Union guest list often tells us something about the themes or ideas the president wishes to express. This year’s invitees are no exception, as they are filled with people who symbolize key points of Obama’s tenure. The president has invited two activists, including Jim Obergefell of landmark Supreme Court case Obergefell v. Hodges, which legalized same sex marriage. (Interestingly, he did not invite any activists from the influential Black Lives Matter movement, although it would be surprising if he didn’t make some mention of racially motivated violence, given its prominence in the past year’s public discourse.) Two Syrian refugees will also be in attendance, including nine-year-old Ahmad Alkhalaf, invited by Rep. Seth Moulton (D-Mass.). Obama’s most noteworthy invitation, however, is for a guaranteed no-show. The president left one seat vacant in the First Lady’s guest box to commemorate the lives of those lost to gun violence—a powerful gesture just a week after his passionate speech on gun safety reform.

Republicans announced last week that Gov. Nikki Haley of South Carolina would give the party’s official response to the president’s speech. Haley, both the youngest governor in the country and the first female and non-white governor in South Carolina’s history, represents a more welcoming, inclusive future for the party. In a political year whose spotlight has shone on Donald Trump, a white man with some not-so-friendly opinions about immigrants, Haley, a daughter of Indian immigrants, represents a softer sell for conservatism for anyone who isn’t wooed by Trump. Haley made national headlines last summer when she removed the confederate flag from South Carolina’s Capitol grounds.