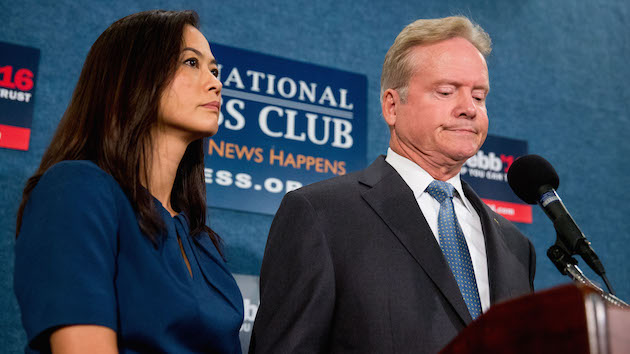 Jim Webb’s presidential campaign officially ended on Tuesday in the same way it started: quietly. At an untelevised speech at the World Affairs Council in Dallas, Webb said that running for president as an independent, an option he’d been considering for several months, wasn’t feasible.

“Theoretically it could be done, but it is enormously costly and time sensitive, and I don’t see the fundraising trajectory where we could make a realistic run,” Webb said, according to prepared remarks given to Bloomberg News.

Webb, a former Democratic senator from Virginia who was a Vietnam War hero as a Marine, briefly ran a longshot are-you-sure-it’s-a-campaign campaign for the Democratic nomination last year. He made only a handful of appearances in Iowa and New Hampshire and attended one Democratic debate, where he received attention mainly for aggressively complaining about his limited airtime. Webb’s populist stances and calls to bring white working-class voters back into the Democratic fold got little traction from primary voters and even less promotion from his small campaign organization.

When Webb dropped out of the Democratic race in October, he said he was considering an independent run. Without a party label, he said, he could attract both Republicans and Democrats and win out over Donald Trump and Hillary Clinton. “If we ran an independent race that worked and got traction, I honestly could see us beating both of them,” he said at the press conference announcing the end of his Democratic bid.

But after that announcement, Webb went mostly radio-silent again. Last month his campaign hired Sam Jones, the former finance director of the Draft Biden effort, to figure out how to fund an independent run. (Webb supports campaign finance reform and does not have a super-PAC.) Otherwise, he did little to stay in the news or make the case for his potential candidacy, sticking to social media posts along with sporadic interviews and op-eds. There was no indication for months about whether he had made up his mind to run, and when news broke on Wednesday that Webb would announce his decision, campaign spokesman Craig Crawford said—not for the first time during this election cycle—that he didn’t know what his boss intended to do.

Asked if he’ll run, spox says: “I am as curious as anyone to know.”

Webb would have faced a steep uphill battle had he announced a run. In addition to ramping up a huge funding effort, Webb would have had to collect nearly 1 million signatures across the country to make it onto every state ballot, starting with Texas’ requirement for 89,000 signatures by May 9. For a campaign with paid staff in the single digits, it would have been an almost impossible task.