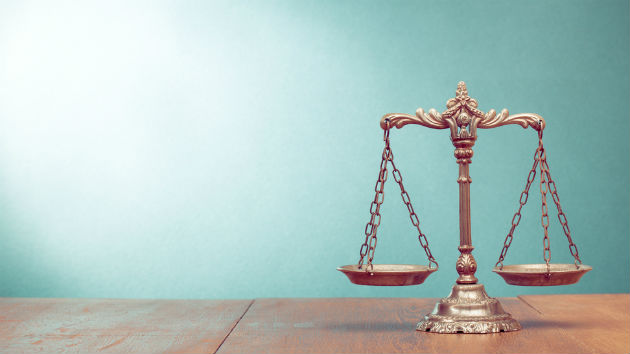 The unexpected death of Supreme Court Justice Antonin Scalia on Saturday will not change the court’s schedule. The nation’s highest court is still set to hear oral arguments on portions of Texas’ 2013 anti-abortion law this March, making their final decision on it by late June. And while the justice’s passing has left the fate of Whole Woman’s Health v. Hellerstedt up in the air, the outlook may be positive for abortion rights.

The case, formerly Whole Woman’s Health v. Cole, centers on two provisions of HB 2, the omnibus Texas law first enacted in 2013; one provision requires that abortion providers have admitting privileges at nearby hospitals, and another requires clinics to offer hospital-like standards.

The defendants, an abortion clinic represented by the Center for Reproductive Rights, successfully argued in Texas state court that the provisions created an “undue burden” for Texas women seeking abortions by shuttering clinics and forcing women to travel hundreds of miles or leave the state for the procedure. The “undue burden” standard for abortion restrictions was established in a 1992 Supreme Court case, when the justices ruled that states cannot enact restrictions that pose an “undue burden” on women’s access to abortion services. But the 5th Circuit Court upheld both sets of restrictions last June, sending them up to the nation’s highest court for review.

Scalia, who before his death was the longest-sitting member of the Court, was one of five conservative justices and a conservative Catholic known for his opposition to abortion rights, gay marriage, and affirmative action. He was an outspoken adversary of Roe v. Wade, and in a 2011 interview he called the case an “absurdity,” adding, “You want a right to abortion? There’s nothing in the Constitution about that.”

“Scalia has been the brains behind the movement to conservatism within the judiciary,” Scott Horton, a human rights attorney and contributing editor at Harper’s magazine, told Democracy Now. “His role [on the court] is extremely important, and his departure immediately shifts the nature of the court.”

His absence means that if all the justices vote along conservative-progressive lines, the court would be split 4-4. When there is a split decision, the court would defer to the 5th Circuit’s opinion that upheld the restrictions, which would be disastrous for women seeking abortions in Texas, Louisiana, and Mississippi, states that are under the jurisdiction of the district court.

But a split decision could also mean that Roe v. Wade would remain intact for now. That’s because, as abortion rights advocates had feared, the justices could not use Whole Woman’s Health v. Hellerstedt as an opportunity to issue a more sweeping opinion, one that would not only uphold the Texas law but gut abortion protections that have already been secured. Upholding the lower court’s decision would mean there would be no federal precedent determining whether admitting privileges and strict architectural standards are fair game for states interested in restricting abortion.

There is also a possibility that the court will actually rehear the case instead of affirming the lower court’s decision. In this scenario, the justices would order the matter be reheard next year, essentially starting from scratch once a new justice has been appointed. There’s precedent for this from the 1950s, after the death of Justice Robert Jackson, when the court heard re-arguments in three cases after Justice John Marshall Harlan was appointed. But according to experts, the court may decide not to delay because it could take upwards of a year to even appoint a replacement for Scalia.

“In other words, it is possible for the stakes to get even higher about Justice Scalia’s replacement, and rehearing legal challenges…would do just that,” wrote Jessica Mason Pieklo, a senior legal analyst for RH Reality Check.

Of course, a tie isn’t the only possible outcome. Some legal observers are suggesting that Justice Anthony Kennedy might side with progressives and vote to strike down the Texas restrictions. In that scenario, the Texas provisions as well as similar laws in Louisiana and Mississippi would be blocked, and lower court decisions striking down state laws would be upheld.