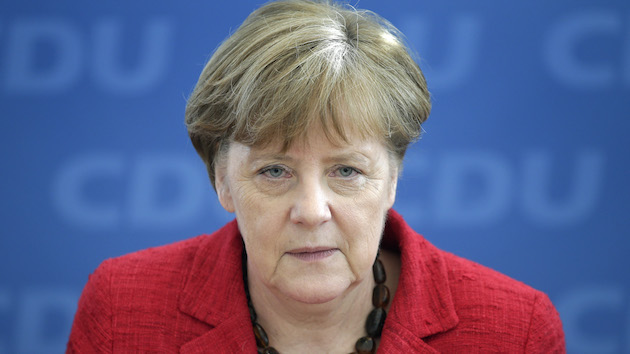 The backlash against refugees reached new heights in Germany on Sunday as voters swept Alternative for Germany, a right-wing anti-immigration party, into three of the country’s state parliaments with a significant share of the vote.

The three-year-old party, usually known by the German acronym AfD, finished in second place in the eastern state of Saxony-Anhalt, where it received 24.2 percent of the vote, behind Chancellor Angela Merkel’s Christian Democrats. Anti-refugee sentiment is highest in former East German states, but AfD also earned big totals in two western states. It won just over 15 percent in Baden-Württemberg and 12.6 percent in Rhineland-Palatinate, both of which border France. The party poached votes from across the political spectrum, taking big chunks from the left-wing Greens and Left Party as well as the center-right Christian Democrats and the center-left Social Democrats.

“We have fundamental problems in Germany that led to this outcome,” said AfD chief Frauke Petry after the elections. She blamed immigration, “ethnic violence,” and deference to Muslim social norms for much of the anger that fueled her party’s gains. “We want to be the party of social peace,” she said. (Earlier this year, she called for German border guards to be allowed to shoot people trying to enter the country.)

Germany accepted around 1 million refugees in 2015, by far the most of any European nation. Merkel defended her country’s liberal policy on refugees as both a humanitarian necessity and a historical duty, and even declared an open-door policy for Syrians. But her country’s “summer fairytale” of open arms and moral leadership always competed with anti-foreigner protests, arson attacks on refugee housing, and harsh criticism from high-ranking members of her own governing coalition. Those voices have grown louder as refugee numbers continue to mount, and Merkel has revoked the open door and reduced benefits for asylum seekers. Now AfD’s victory has given the anti-refugee right its first serious political power.

Germany is the latest country where anti-immigrant sentiment has boosted right-wing parties. France’s nativist National Front party nearly won control of several regional governments during French elections in December. It failed to win any of the regions in the second round of voting but still garnered a record number of votes. Right-wing populist parties have also seen major gains in Sweden and Denmark since the number of refugees arriving in Europe exploded last year.

Despite AfD’s success at the polls—and renewed criticism from the powerful Bavarian wing of her party—Merkel pledged to keep Germany largely open to refugees. Germany has tried since last year to get the European Union to create a binding, continent-wide system to distribute refugees, and Merkel said on Monday that she will keep at it rather than close Germany’s borders. “I am firmly convinced, and that wasn’t questioned today, that we need a European solution and that this solution needs time,” she said.