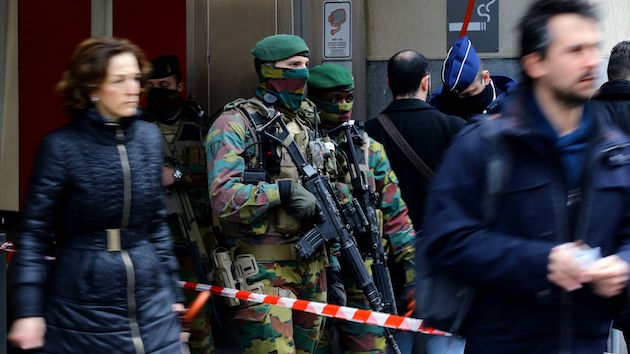 In the wake of the terrorist attacks in Belgium on Tuesday, security services across Europe and elsewhere are on alert for more potential attacks. But even as Belgian police identify suspects and more information comes to light, no one can say just how big Europe’s jihadi threat actually is.

For one thing, there’s no generally accepted estimate of the number of terrorist operatives lurking in European cities. The most dangerous potential attackers are the men—about 5,000 from Western Europe alone—who have traveled to Syria and Iraq to fight with ISIS and other jihadi groups. The Tony Blair Faith Foundation, a think tank set up by the former British prime minister, estimated in January that about 1,300 of those fighters have returned to Europe. Ed Husain, a senior adviser to the group, told Newsweek that the fighters are “a potent force and a significant threat.”

But it’s also unclear how many of them return home with the intent to kill. A report issued last April by the Congressional Research Service noted that “only a small proportion of foreign fighters have actually committed acts of violence upon returning to their home countries” and that “some European fighters may return traumatized and disillusioned by the brutality of the conflict and have no intention of committing violence at home.”

Colin Clarke, a political scientist at the RAND Corporation, agrees that many of the fighters return home and “wash their hands” of the jihadi experience. “I’d say the lion’s share probably do, or they just know that they’re being watched by the security services,” he says. “I’d say it’s only a small minority of guys that come back with the intent to attack.” Unfortunately, those that do are “usually highly skilled” and able to coordinate attacks like the ones in Paris and Brussels.

And for every man who straps on an explosive vest or picks up a rifle, there’s a long chain of people who have helped him plan, get weapons, forge documents, and carry out other logistical tasks. “You’re going to have a facilitation network that is two or three people to every one that’s an actual terrorist that wants to mobilize to violence,” says terrorism researcher Clint Watts of the Foreign Policy Research Institute. That means the 1,300 returned fighters could represent only a baseline number of jihadis, not a pool from which only a handful of attackers have emerged. “I would say [it’s] bigger,” Watts says.

No matter the exact size of the problem, some countries simply appear unequipped to handle the number of potential targets and the intense surveillance needed to track them. The problem is particularly bad in Belgium, which has a weak government and security services divided by language barriers. “Some guys are speaking Flemish, some are speaking French, some are speaking German,” says Clarke. “Very few are speaking Arabic.”

Other countries are facing similar crunches in manpower and resources. “The countries that I’m worried about the most are these smaller countries that lack both the capacity and the sort of competency in counterterrorism but have had a lot of foreign fighters go to Iraq and Syria,” Watts says. “Denmark, the Netherlands, and Belgium all need to be concerned.”