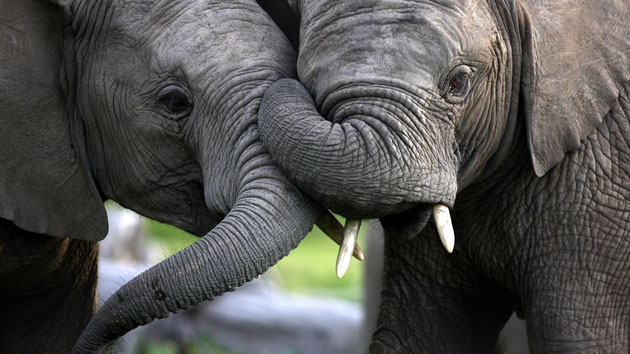 The US Virgin Islands Republican caucus would hardly register on the national radar in a normal year. Traditionally, it hardly even registers on the islands’ radar—fewer than 100 people participated in the 2012 event. But with front-runner Donald Trump struggling to lock up the 1,237 delegates needed to clinch the nomination, the behind-the-scenes wrangling for delegates has taken on an unprecedented significance. And that fight has come to this US territory. The chaos there says a lot about what could unfold in Cleveland in July, when the Republicans convene to select their presidential nominee.

This collection of Caribbean islands—which includes St. Croix, St. John, and St. Thomas—is home to one of the smallest Republican parties in the United States, but it has produced one of the nastiest and most unexpected political clashes in recent memory. The battle has played out in radio attack ads and in the courts, featuring allegations including corruption, carpetbagging, and Nazi sympathizing.

In one corner is the island’s Republican Party chair, John Canegata, a shooting-range owner who works at a rum distillery and has led the GOP there for four years. In the other is a faction led by John Yob, a veteran political consultant from Michigan who worked for Sen. Rand Paul’s presidential campaign before moving to the islands last winter. Yob and his wife, Erica, along with Lindsey Eilon, another political operative recently arrived from Michigan, were among the six delegates elected on March 10; Canegata is fighting to have the entire slate replaced and has signaled he may take the challenge all the way to Cleveland.

To understand how things got to this point, it’s important to know how the process usually works. Voters in the US Virgin Islands don’t pick a presidential candidate. Instead, they vote for delegates who are free to vote for whichever candidate they prefer at the convention. Often, delegates announce which candidates they intend to support before the caucus. In 2012, four of the islands’ delegates announced that they were supporting Romney; one backed Ron Paul.

But Yob had a different idea, and in February he published a book outlining it in detail. The book, Chaos: The Outsider’s Guide to a Contested Republican National Convention, is a sort of user’s manual to influencing the GOP nominating process. Yob—who previously made headlines for getting punched in the face by a Marco Rubio aide last fall—noted that at a contested convention delegates from territories such as the US Virgin Islands would command the most leverage because they aren’t bound to a specific candidate.

If those delegates can stick together as an uncommitted block, Yob pointed out, they could determine whether the party nominates Trump on the first ballot or Paul Ryan on the fourth. The slate of unpledged delegates could then use its leverage to extract tangible promises from the future nominee. (The wish list of Virgin Islands Republicans is long, but includes things like Supplemental Security Income benefits, expanded Medicaid and Medicare grants, and special tax exemptions.) This was Yob’s pitch to Virgin Islands Republicans, and it worked. None of the six winning delegates—the Yobs, Eilon, and three longtime St. Croix residents—have endorsed a presidential candidate, and Yob has left the door open to supporting Trump or Cruz. (Yob’s father, the Michigan political operative Chuck Yob, is supporting John Kasich.)

But there’s been plenty of drama. Six days before the caucus, the Yobs and Eilon were kicked off the ballot by the islands’ elections supervisor, on the grounds that they hadn’t lived in the territory for 90 days. (As evidence, the supervisor cited John Yob’s Facebook page, which stated he had moved to the islands on December 28.) Yob sued, arguing that there really was no 90-day requirement for the caucus, and that he had in fact lived there longer. A judge granted a last-minute motion allowing the candidates back onto the ballot the morning of the caucus. (She has since issued a preliminary injunction indicating that the Yobs will likely win their case.)

Still, Canegata has insinuated that the Michiganders are not real Virgin Islands residents and should not have been allowed on the ballot. Then, two weeks after the caucus, Canegata stripped the six winning delegates of their victories and replaced them with a new slate consisting of the 7th- through 12th-place vote-getters. In a letter to the Republican National Committee, the chair cited a technicality—the delegates hadn’t committed in writing to attend the convention within five days of the results being certified. Yob, stunned, shot back that the election results had not yet been certified and that, therefore, what Canegata was alleging was impossible. In early April, the local party’s dispute committee agreed with Yob. But Canegata hasn’t backed down. Now all signs point to the Virgin Islands sending two competing delegations to Cleveland.

In the meantime, the fight has increasingly taken on the trappings of an actual campaign. Yob has bought radio ads to defend himself, as has another delegate, Republican National Committee member Holland Redfield. (As an RNC member, Redfield is a member of both slates.) The anti-Yob camp is running ads, too. In one spot, purporting to come from a group called “Concerned Citizens of the Virgin Islands,” two men in a thick island patois accuse Yob of faking residency to manipulate the political system for his own gain, and they warn residents that his book outlines a nefarious plot:

They must think that the Virgin Islands is a banana republic and that we are stupid. They want to take us over. Worst thing is, they don’t even really live here. These folks are registered to vote in other states, they’ve lied to the election system about their registrations, and when they moved here.

Yeah, John Yob wrote a book about how the Virgin Islands delegates are going to be critical at the convention and create some chaos there on the convention floor to decide the presidential nominee of the Republican party.

Another ad, featuring the same two men, placed Yob in the company of several other mainlanders who set up shop on the Virgin Islands— including the Ponzi schemer Allen Stanford and the sex offender Jeffrey Epstein. Canegata has said he is not responsible for the Concerned Citizens of the Virgin Islands ads, but he also told the Virgin Islands Daily News that his rival was a “Johnny Come Lately from Michigan” who has “been slapped up a few times”—a reference to both the punch from the Rubio aide, as well as a misdemeanor domestic-violence charge last year for which Erica Yob pleaded guilty. In an interview with MSNBC, Canegata referred to yet another Yob ally, the party’s vice chair Herb Schoenbohm, as a “felon” and a “Nazi sympathizer.” (“He’s just pulling this stuff out and expects them to believe it,” says Schoenbohm, who was convicted more than two decades ago of long-distance telephone fraud but is not a Nazi sympathizer.)

In one sense, the biggest loser in all of this is Ted Cruz. His campaign fought hard in the Virgin Islands—the candidate’s father, Rafael Cruz, visited the islands, and Cruz called Canegata personally. What’s more, the campaign deputized longtime GOP operative Saul Anuzis—whose firm, Coast to Coast Strategies, signed a direct-mail contract with Canegata—to spearhead his outreach in the US Virgin Islands and other far-flung territories. Cruz considered the Virgin Islands to be of undervalued importance for the opposite reason Yob did. According to the delegate rules, candidates need to win the majority of delegates in eight states or territories to appear on the ballot in Cleveland. The easiest way to hit that threshold in a crowded race, the Cruz campaign reasoned, was to score wins in tiny, off-the-beaten-path caucuses such as the one in the US Virgin Islands.

A rule change almost made that possible. Last fall, Canegata proposed adding a presidential preference poll to the caucus and then awarding the delegates to whichever candidate received a plurality. On top of that, he wanted to charge candidates $3,500 to participate. The local party never approved the plan, but Canegata submitted it to the RNC anyway; when the RNC found out it had never been approved, it ordered Canegata to scrap the plan. By default, the Virgin Islands was forced to revert to its old system, creating an opening for Yob.

On Monday, delegate Holland Redfield sent a letter to Canegata, calling him a “petty tyrant” and demanding the chairman certify Yob’s slate; separately, he announced in a press release that the original six delegates would be attending the RNC regardless—forcing a fight at the convention if no one backs down. Adding to the intrigue, last weekend Michigan Republicans met to pick their delegates to the party convention, and two candidates were selected to fill the state’s seats on the credentials committee, which determines who will be seated at the RNC if there’s any controversy. One was a Trump supporter, Mary Balkema. The other was Chuck Yob.