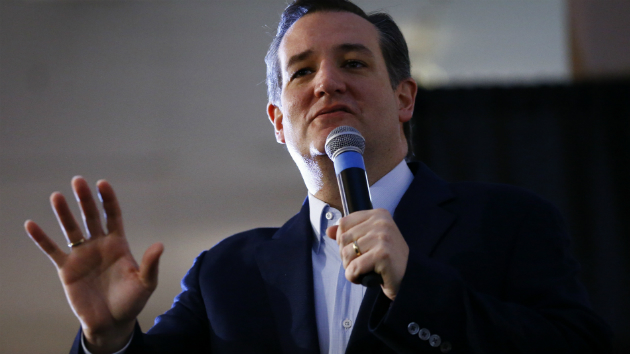 Republican presidential candidate Ted Cruz routinely calls himself the conservative grassroots candidate and slams “the Washington cartel.” Yet when it comes to financing his campaign, the Texas senator sticks to business as usual. One of his most generous supporters recently has been a Missouri businessman who has made millions of dollars off government contracts and has spent large sums on a lobbying effort to curry favor within the nation’s capital.

On March 7, Herzog Contracting Corp., a construction giant based in St. Joseph, Missouri, and specializing in highway and railroad building, donated $1 million to Trusted Leadership PAC, one of the several interlinked super-PACs that have been raising and spending millions to support Cruz. The same day, Cruz’s campaign paid the company more than $87,000 for “travel,” according to the campaign’s filings with the Federal Elections Commission.

Cruz appears to have made regular use of the company’s jets. Since December 22, his campaign has paid the contracting company more than $430,000 for travel expenses. The actual travel details are not specified in the filings, but the most obvious explanation is that Cruz was paying for use of the firm’s aircraft. Herzog Contracting owns five planes, including two corporate jets (and a historic bi-plane). One of the jets is a 22-seat Bombardier Challenger that costs thousands of dollars an hour to operate. In March, the Cruz campaign paid the company $178,000 in total for travel expenses.

Herzog Contracting is run by Stan Herzog, who has overseen the company’s rise to prominence as one of the nation’s top builders of railway lines and other major infrastructure projects. On April 1, in one of the company’s many federal-funding-dependent deals, Herzog’s company kicked off construction of an $187 million expansion of a light rail system in the Orlando, Florida, area. This may be an unlikely line of work for a Cruz supporter, given that government rail projects tend to be objects of hatred for fiscal conservatives. Yet in the last year, Herzog and his company donated $335,000 to various pro-Cruz super-PACs.

Herzog has previously been a substantial funder of other Republican candidates, most of whom are seen as closer to the party’s mainstream. In 2012, his company donated $1.25 million to the super-PAC supporting Mitt Romney. Herzog has personally donated the maximum amount to the National Republican Congressional Committee. He also gave $250,000 to the effort to block the recall of Wisconsin Gov. Scott Walker, who gleefully killed a major rail expansion through Wisconsin in 2010.

The company has lobbied in Washington for years. In 2015, Herzog Contracting’s rail subsidiary spent $120,000 on a federal lobbying operation that targeted the Federal Railroad Administration and Congress.

Neither the Cruz campaign nor Herzog responded to requests for comment on their relationship. But winning all that financial support from Herzog is certainly a big victory for the self-described “Washington outsider.”