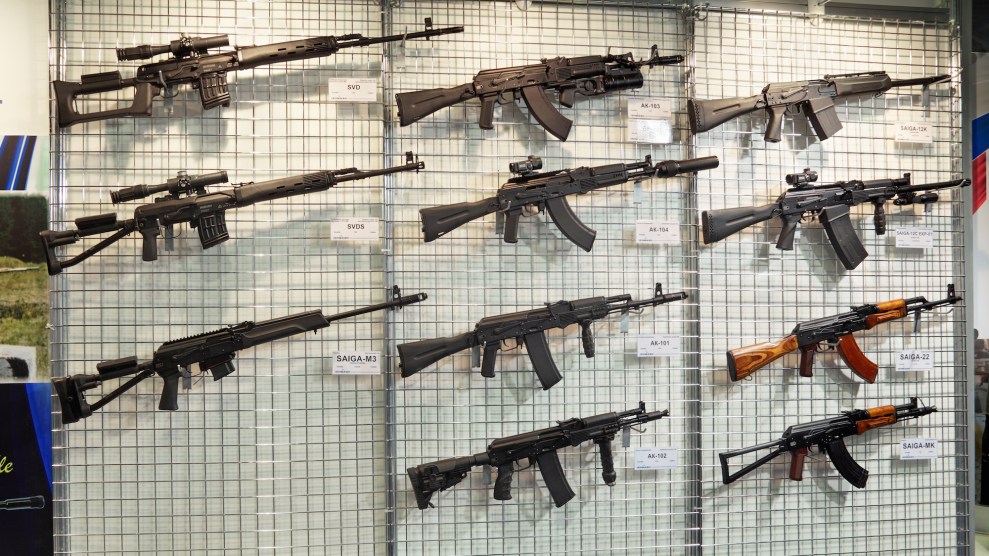 After a bill to expand background checks for gun buyers stalled in the Washington state legislature in 2013, gun safety advocates tried a different path forward: collecting enough signatures to put the measure on the 2014 ballot. That November they landed a decisive victory, with 60 percent of voters approving the measure. Despite the longtime influence of the National Rifle Association and other pro-gun lobbyists in the nation’s statehouses, background checks are supported by most Americans, including gun owners. That may be why an NRA spokesperson told the Olympian just ahead of the November 2014 vote that the NRA was “very concerned” about the potential for gun safety advocates to pass additional ballot initiatives across the country.

Those fears may soon be realized: Voters in three additional states will decide on proposed gun restrictions this fall, including stricter background checks. And advocates in Washington state are collecting signatures for a ballot initiative that would take guns away from domestic abusers. Here are the proposals to watch this November:

Nevada and Maine: In November, voters will weigh in on Question 1 in Nevada and the Maine Background Checks for Gun Sales Initiative. Both  measures closely resemble the one Washington passed in 2014; they close loopholes that allow buyers to avoid background checks by purchasing online or at a gun show. The proposals require a background check before every sale or transfer, meaning that private sellers would have to meet their prospective buyers at a licensed dealer to perform a background check. The laws wouldn’t apply to transfers of guns to family members, or to most temporary loans of firearms, such as use at a gun range. Similar laws currently exist in eight states.

The fight over the Nevada initiative is already heating up. Nevadans for Background Checks, an affiliate of the Bloomberg-backed Everytown for Gun Safety, had spent more than $2.7 million on the initiative as of late April. In early May, the NRA’s Institute for Legislative Action launched a campaign against the “Californication of Nevadans’ gun rights.”

California: In April, a campaign spearheaded by Lt. Governor Gavin Newsom, a 2018 gubernatorial hopeful, submitted more than 600,000 signatures to tighten the state’s gun regulations, already some of the most stringent in the country. The “Safety for All” ballot initiative would make California the first state to treat ammunition sales the same as gun sales, requiring buyers to show ID and pass a computerized background check, which would look for felony convictions, violent misdemeanors, restraining orders, and records of mental illness. Sellers would also have to obtain licenses to sell ammo.

The initiative also bans the possession of magazines containing more than 10 rounds, requires gun owners to report loss or theft of a firearm to police, and defines a process by which gun owners must relinquish their firearms after a felony or violent misdemeanor conviction.

Washington: Initiative 1491, proposed by the Alliance for Gun Responsibility, would allow judges to temporarily suspend legal access to guns for people experiencing a dangerous mental health crisis and those who have threatened violence toward themselves or others. Intimate partners, family members, roommates, or law enforcement officers could petition the courts for a new classification of protective order, known as an “extreme risk protection order.” If a judge finds in a hearing that someone is likely to engage in self-harm or hurt others with a firearm, that person would be required to relinquish the gun to law enforcement for a one-year period. Opponents say the measure violates subjects’ due process rights, and state lawmakers failed to pass a similar bill earlier this year. Supporters have until July 8 to collect about a quarter-million signatures.

At a recent fundraiser, Mark Kelly—the husband of former congresswoman and mass shooting survivor Gabby Giffords—told attendees that the Alliance for Gun Responsibility aimed to replicate the success with the ballot initiative in 2014: “It is a lot easier for the gun lobby to bully the members of Congress,” he said, “than the voters and citizens of Washington.”