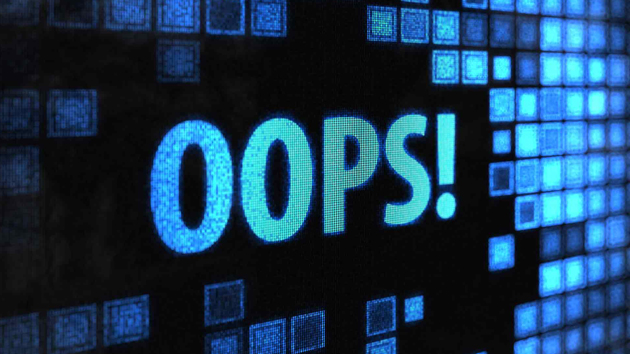 Every political campaign has its share of computer glitches and technical malfunctions, but for the Trump campaign, these sorts of bugs have a strange tendency to happen whenever white supremacists come up for discussion. Just how often has this been the case? More than you might think.

The “database error”
After Mother Jones reported on Tuesday that the Trump campaign had selected white nationalist leader William Johnson for its slate of California delegates, the Trump campaign at first claimed the story was “totally false.” But soon, Trump spokesperson Hope Hicks gave a different explanation: “A database error led to the inclusion of a potential delegate that had been rejected and removed from the candidate’s list in February 2016,” she said in a statement emailed to Mother Jones and other news organizations. Johnson then told Mother Jones that he would resign as a delegate.

The “bad ear piece”
In a Sunday morning interview in late February, Trump declined to disavow an endorsement for former Klu Klux Klan leader David Duke after being asked about it repeatedly by CNN’s Jake Tapper. He later claimed he couldn’t hear what Tapper was asking. “I was sitting in a house in Florida, with a bad ear piece,” Trump told NBC’s Today show. “I could hardly hear what he was saying. I hear various groups. I don’t mind disavowing anyone. I disavowed Duke the day before at a major conference.”

A source familiar with Trump’s three television interviews that Sunday morning told Mother Jones that NBC and Fox were in charge of the camera and satellite truck—a common pool sharing arrangement—and that the same equipment was used for all three interviews. “So the notion that some particular earpiece was to blame is not accurate,” the source said.

The Photoshop glitch
Last July, Trump tweeted a photo of himself looking stoic against a backdrop of an American flag and marching soldiers.

.@realDonaldTrump has deleted the tweet (finally) but here’s the pic, Waffen-SS very clear at bottom pic.twitter.com/Kv1GsdKQkw

The tweet seemed unremarkable, until close observers noted that the soldiers used in the image were in fact dressed as Worl War II-era Waffen-SS infantry. The Trump campaign deleted the tweet and told The Hill that an intern was at fault.

Various other social-media glitches apparently have involved the processor between Trump’s ears: He has retweeted white supremacist Twitter accounts such as @WhiteGenocideTM and @EustaceFash, which campaign spokesperson Hicks has explained by noting that Trump pays no attention to who’s doing the tweeting, but only to the content.