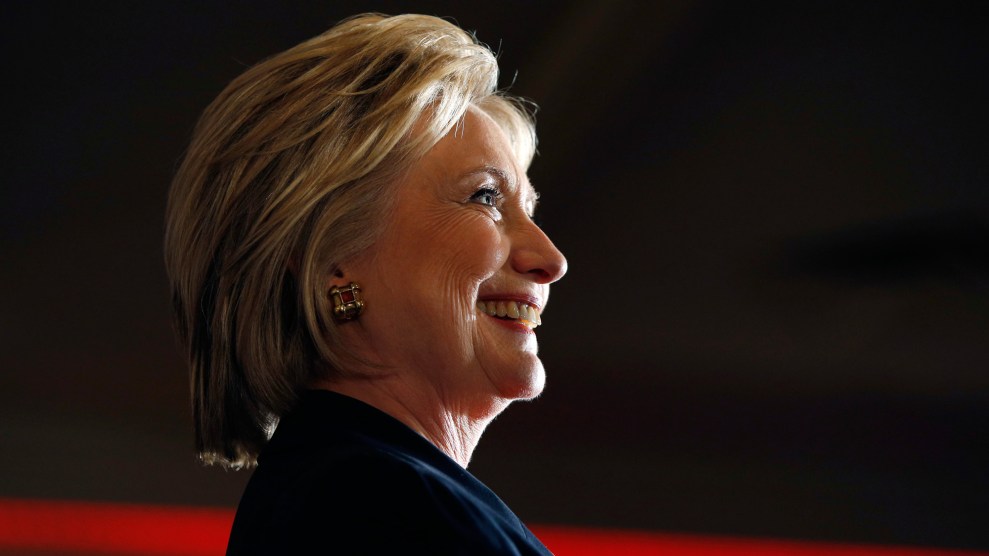 With two days to go before Hillary Clinton likely secures the 2,383 delegates she needs to win the Democratic presidential nomination, voters in Puerto Rico handed Clinton a victory on Sunday. When the race was called by the major networks, Clinton was winning 64 percent of the vote to Sanders’ 34 percent, and a likely majority of the territory’s 60 pledged delegates.

On Tuesday, Democratic voters will go to the polls in six states, including delegate-rich California and New Jersey. Barring overwhelming victories for Sanders, the contests will ensure that Clinton wins both a majority of pledged delegates and a majority of overall delegates, assuming her support does not erode significantly among party-insider superdelegates.

But even if its vote won’t change the outcome of the race, Puerto Rico was in the relatively rare position of playing more than a bit role in this year’s election because of its colossal debt crisis. Candidates from both parties weighed in on whether the US government should allow the island to restructure debts under US bankruptcy laws. Puerto Rico’s government, which owes more than $72 billion, has already defaulted three times on various debt payments.

Clinton and Sanders have different opinions on legislation that would help Puerto Rico restructure its debt but would also create a financial review board with oversight of the island’s finances, harking back to the island’s colonial roots. Clinton said she had “serious concerns” about the review board but urged swift passage. Sanders, on the other hand, said the bill would prioritize creditors over Puerto Rico’s residents and encouraged other Democrats not to support it.

Puerto Ricans are American citizens who can vote in primaries but not in the general election while they live on the island. However, if they move to the mainland United States, they can vote in the general election. That’s made Puerto Ricans a key voting bloc in places like Florida and New York and forced the presidential candidates to devote more attention than usual to the island and its struggles.

On Saturday, the US Virgin Islands also held its Democratic caucuses, and Hillary Clinton easily won the 12 delegates that were at stake.