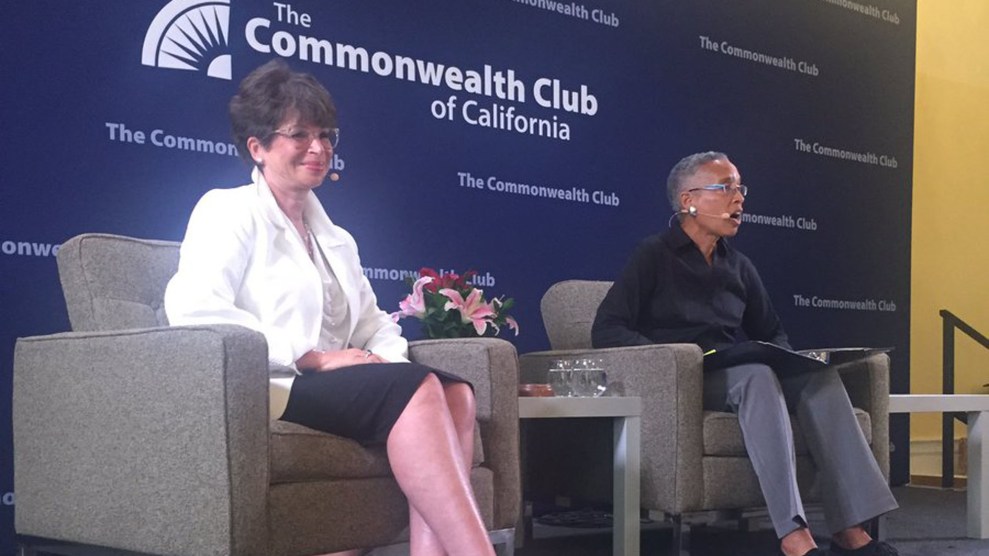 It’s all Democratic hands on deck in the gun control fight.

As House Democrats staged a sit-in on the House floor Wednesday evening, White House Senior Advisor Valerie Jarrett did her part in an appearance before San Francisco’s Commonwealth Club.

“It’s our view that we shouldn’t have assault weapons available,” she said. “They’re really dangerous. They really are common-sense reforms that we’ve been asking for.”

“He has just had enough, and he doesn’t know what else to do other than just sit there and demonstrate until he can get his colleagues on the Republican side of the House to come and just do their jobs,” she said.

Since the mass shooting in Orlando, legislators supporting gun-control have been busy. It started last week when Sen. Chris Murphy (D-Conn.) filibustered the Senate for almost 15 hours and demanded a vote on gun-control legislation. That brought votes on four proposals in a special Senate session Monday night, but the measures failed.

Then, Rep. Lewis led a sit-in on Wednesday, demanding a vote on a bill that would prevent people on a no-fly targeting terrorists list from purchasing firearms. “Sometimes you have to do something out of the ordinary; sometimes you have to make a way out of no way,” Lewis said. “We have been too quiet for too long.”

Earlier this week, Jarrett hosted a conference call with signers of a White House petition to ban the AR-15 and outlined several other administration initiatives, including looking into smart gun technology and funding research on gun homicides by the Centers for Disease Control. (An NRA-backed measure banned federal funding for such research in the 1990s.)

On Wednesday night Jarrett said it will take a lot for gun control advocates to beat the NRA.

“They have a lot of money and a lot of influence, and the only thing that’s going to be a counterbalance to that is truly you; it’s the American people,” Jarrett said. “When you care as much about keeping our children safe as the NRA does about making weapons available to every single person, that’s when change will happen.”

Clarification: While Jarrett noted people are encouraging their elected officials, she did not specifically urge them to do so.