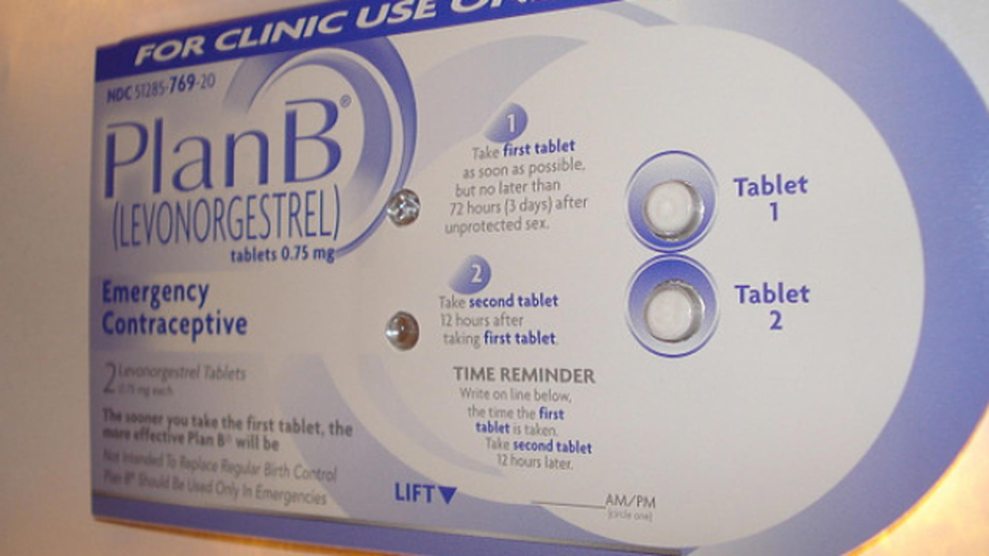 Update (6/28/2016): The Supreme Court announced on Tuesday that it will not review the pharmacists’ appeal. As a result, the high court leaves intact Washington state regulations requiring pharmacies to stock and dispense emergency contraception.

Today the Supreme Court will consider whether to take on another case at the intersection of religion and reproductive rights. In Stormans, Inc. v. Wiesman, a group of religious pharmacists are suing the state of Washington over a law that requires them to fill prescriptions for emergency contraception.

The Stormans family, which owns Ralph’s Thriftway, a grocery store with a small pharmacy, and two individual pharmacists who work elsewhere have religious objections to the use of emergency contraceptives, which they believe act as abortifacients. Until July 2007, pharmacists in the state of Washington could make conscience-based referrals if they objected to a drug for religious reasons. This meant they could refuse to stock or dispense the product and refer patients to another pharmacy that would sell the medication—an informal practice that was legal but not required for pharmacists.

In 2007, after receiving consumer complaints for years that some pharmacies were refusing to dispense certain drugs, particularly emergency contraceptives, the state’s pharmacy board passed regulations that set out a specific and limited list of reasons that would allow a pharmacist to refuse to dispense a drug—for example if a drug is temporarily out of stock or if a prescription seems fraudulent. The new rules presented a compromise: They required pharmacies to stock contraception, doing away with the practice of referring patients elsewhere, but also allowed pharmacists with religious objections to give the prescription to a colleague at their store to be filled.

After the first round of appeals on this case, the pharmacy board agreed to take a stab at amending the new rules. But it decided against any amendments “after receiving additional public testimony highlighting the risks refusals pose to patients’ timely access to medications,” according to court filings. That testimony included a man who was refused HIV medication due to his perceived homosexuality, and a rape survivor who was forced to go to multiple pharmacies over several days before she could obtain the morning-after pill. (The pill’s efficacy in preventing pregnancy diminishes as time passes.)

The Stormans family, who are devout Catholics, brought the lawsuit challenging the new regulations in 2007, the year they passed, on the grounds that they violate the Free Exercise Clause, which guarantees the right to freely practice religion. The other two pharmacist plaintiffs joined the lawsuit after one lost her job and the other was threatened with the loss of hers, according to the Beckett Fund for Religious Liberty, the law firm representing the plaintiffs in this case. The suit has been through two rounds of appeals, and in February 2012 a district court sided with the plaintiffs, saying these new regulations unfairly targeted conscientious objections while allowing exceptions for other reasons. In 2015, a 9th Circuit panel of judges unanimously reversed that decision and upheld the regulations, noting that they are neutrally applied to all pharmacists, and don’t specifically target those with religious motivations.

The high court is weighing whether to take this case on the heels of Zubik v. Burwell, another case where religious freedom and contraceptive access were central. In that case, a group of religious employers, including the Little Sisters of the Poor, challenged the opt-out process for contraceptive coverage that is set out in Obamacare. Last month, the high court punted on reviewing the merits of the religious freedom arguments in the case, instead sending it back to the lower courts for further review. It seems to be putting off a decision on taking this case as well—they’ve rescheduled their review of it three times.

Importantly, if the high court were to take this case, they could end up weighing in on state-level protections for religious objections and contraception—the ruling in the 2014 Hobby Lobby case, which exempted certain corporate employers from laws they object to on religious grounds, applied only to federal statutes. But SCOTUSblog predicts, it’s unlikely the court will take this case while they are still down a justice.