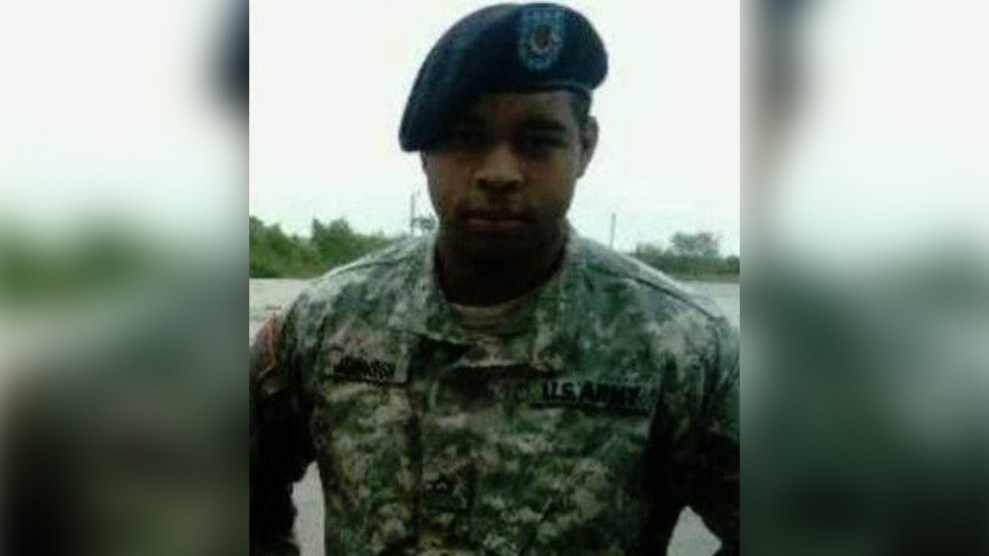 Update: Today, Sen. Edward J. Markey (D-Mass.) called on Facebook and Instagram to prohibit postings for gun sales, citing concern over the news that Dallas gunman Micah Johnson had negotiated the purchase of an AK-47 through Facebook in 2014. “I remain deeply concerned that gun sales on Facebook and Instagram—or sales posted online but negotiated and concluded offline—may circumvent or violate state and federal laws, resulting in numerous unlawful sales of handguns, assault weapons, and other firearms,” Sen. Markey wrote in a letter addressed to the companies’ executives. Markey also asked the companies for information on what steps they have taken to address postings for gun sales. In response, a Facebook spokesman told Mother Jones in a statement, “We prohibit people from using Facebook and Instagram to offer and coordinate private sales of firearms. Any content that violates this policy will be removed as soon as we become aware of it – whether it is in groups, on accounts, or on pages.”

In 2014, Micah Johnson, who killed five police officers and injured seven in an ambush in Dallas last week, purchased an AK-47 rifle in a deal arranged through Facebook and finalized in a Target parking lot, according to the New York Daily News. In an interview with the Daily News, the seller, 26-year-old Colton Crews, said that Johnson “didn’t stand out as a nut job. He didn’t stand out as a crazy person at all.” In fact, because Johnson had been a US military service member, Crews said “he was like your first pick when you’re selling a gun to somebody.”

The AK-47 was apparently not used in the Dallas attack. Citing an unnamed law enforcement official, the Wall Street Journal reported on Monday that Johnson used an Izhmash-Saiga 5.45 mm rifle, an AK-style variant, in the shooting. But news of the sale highlights just how easy it is to acquire a gun through Facebook. The social media giant has come under fire from activists who say the company isn’t doing enough to make sure the site isn’t used as an online weapons bazaar. In Texas, where Johnson purchased the AK-47 from Crews, background checks are not required in private sales, and Facebook pages dedicated to selling firearms are ubiquitous.

In the wake of the Orlando massacre last month, a disparate collection of individuals began taking to Facebook to report pages and individuals advertising gun sales in an attempt to get them kicked off the site for violating its user rules. In January, Facebook banned users from coordinating unregulated gun sales, but it has left the enforcement of the ban entirely to users who report violators.

In his interview with the Daily News, Crews said, “First off, it was my belief [Johnson] would have passed a background check. He didn’t seem weird in any way, just a normal guy.” At the Target parking lot where the deal was finalized, they made small talk. They checked out the AK-47, making sure it was in working condition, and Crews’ stepdad thanked Johnson for his service. Johnson made a comment about how he missed the rifle’s firepower since returning home from Afghanistan. “He seems like he’s 100 percent on the up and up.”