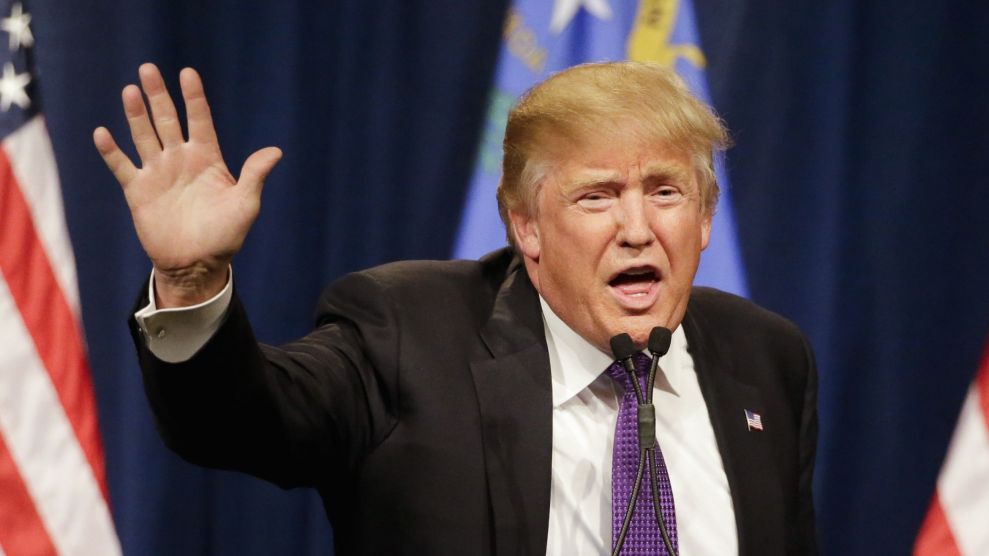 Just a day after Donald Trump officially became the Republican presidential nominee, a woman broke her silence on allegations that he sexually assaulted her. In an interview with the Guardian published today, Jill Harth detailed how Trump made numerous sexual advances toward her in 1993, culminating when she says he cornered and groped her in a bedroom. Harth attempted to press charges in 1997 but withdrew her lawsuit and has since remained quiet about the case. She says that since her allegations resurfaced in a May New York Times article about Trump’s treatment of women, the Trump campaign has continuously pressured her to recant her account.

Harth says she first met Trump in 1992 during a business presentation, when she was working with the American Dream beauty pageant festival. Harth was with her romantic partner, George Houraney, at the time, but Harth says that did not deter Trump from sexually pursuing her. Trump “stared at her” throughout her meeting, according to Harth, and then asked Houraney: “Are you sleeping with her or what?” When Houraney said yes, Trump asked if it was “for the weekend or what?”

In Harth’s 1997 lawsuit, she describes several instances in which Trump allegedly harassed her. In one instance, Harth says Trump groped her under the table during a dinner with beauty pageant contestants. Then in 1993, Harth says, Trump cornered her in a bedroom in his Florida mansion during a business visit, an incident described in the lawsuit as an “attempted ‘rape’.” Harth tells the Guardian:

“He pushed me up against the wall, and had his hands all over me and tried to get up my dress again,” Harth recalled, “and I had to physically say: ‘What are you doing? Stop it.’ It was a shocking thing to have him do this because he knew I was with George, he knew they were in the next room. And how could he be doing this when I’m there for business?”

Jill Harth’s 1997 lawsuit via the Guardian

Though Harth did not use the word “rape” in her interview with the Guardian, she says, “If I hadn’t pushed him away, I’m sure he would have just went for it. He was aggressive.”

In a response to the Guardian, Michael Cohen, executive vice president of the Trump Organization and special counsel to Trump, said in a statement, “It is disheartening that one has to dignify a response to the below absurd query. Mr Trump denies each and every statement made by Ms Harth as these 24-year-old allegations lack any merit or veracity.”

Harth says she had resolved to not discuss the claims for years, but that after attempts by the Trump campaign to discredit her following the New York Times story, she is opening up now to demand an apology.

“His office—and I have it on my voicemails that he called, that they called—they asked me to recant everything when the New York Times article came out,” Harth tells the Guardian. “They were trying to get me to say it never happened and I made it up. And I said I’m not doing that.”

“Nobody was defending me, that’s why I’m talking,” Harth said. “You can believe it or not, but I went through hell and I still have to relive this again. And I just, I’m horrified that I have to think about this again.”