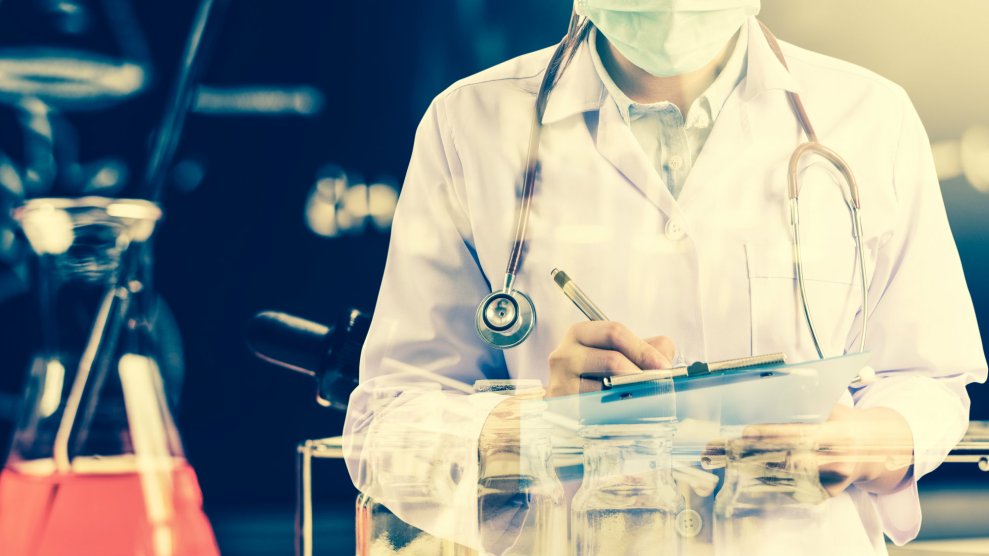 There has been little or no publicly funded research on abortion in the United States, so for years basic information about abortion was lacking—from how often patients have complications to what happens to women who want the procedure but can’t obtain it. Many of the new abortion restrictions were justified by assertions that often had no scientific basis—for example that clinics were teeming with incompetent and unscrupulous doctors, that abandoned patients were flooding emergency rooms, or that the psychological damage caused by grief and regret after abortions often persist for years and ruin women’s lives. The research initiative became more urgent after the high court held in 2007 that in cases of “medical and scientific uncertainty,” legislatures could have “wide discretion” to pass laws restricting abortion. Since then, a primary objective of abortion rights supporters has been to establish a high level of medical certainty—both about the safety of the procedure and about what happens when a woman’s reproductive options are drastically curtailed or eliminated. Over the last 15 years, a number of academic institutions and private organizations have received funding for abortion research, and here are four areas where their work has changed the conversation:

Since the 1990s, abortion opponents have worked to advance the idea that abortion causes long-lasting psychological damage based on a combination of personal stories and (widely disputed) statistical analyses showing a correlation between abortion and mental health problems. “Emotional harm” has been cited by legislators in passing parental consent, mandatory ultrasound viewing, and waiting-period laws.

In 2008, Diana Greene Foster, a demographer and associate professor at the University of California-San Francisco, launched the Turnaway Study to examine what happens, emotionally and economically, to women who have had abortions and also to those who wanted abortions but couldn’t have them. Nearly 1,000 women seeking abortions in their first and second trimesters were recruited from 30 facilities in 21 states. About a quarter had been turned away because they just missed their clinic’s gestational limit (10 to 24 weeks). Researchers followed up every six months for five years. The key findings: Most women had abortions because they didn’t think they could afford another child, and they often turned out to be right. Of those who did have the procedure, 95 percent said it was the right decision, and their feelings—positive or negative—faded over time. Having an abortion did not lead to depression, PTSD, or other mental health problems, the project found. But being denied an abortion did seem to keep women tethered to abusive partners.

In justifying Targeted Regulation of Abortion Provider laws, or TRAP laws, abortion opponents have often argued that complication rates are high—up to 10 percent—and that clinics and doctors need to be held to especially rigorous standards. Two large-scale studies from California, though, appear to counter those claims.

One study looked at whether abortions could be performed safely by health care professionals without medical degrees. Nurse practitioners, certified midwives, and physician assistants received training, then were allowed to do first-trimester vacuum-aspiration abortions at 22 sites. After monitoring more than 11,000 procedures over four years, the researchers found little difference in the rate of complications between doctors and non-doctors, which was low for both groups—0.9 percent for physicians and 1.8 percent for non-physicians. In 2013, California legislators voted to let non-doctors perform the procedure.

In a more recent study, UCSF researchers analyzed billing data for 55,000 abortions and follow-up care covered by California’s Medicaid program, known as Medi-Cal. (California is one of 17 states that covers abortion and aftercare for Medicaid recipients.) The data showed that 6.4 percent of women who had abortions visited an emergency room within the following six weeks, but fewer than 1 percent of those visits were related to the abortion. Major complications, defined as hospitalizations, surgeries, and transfusions, occurred in fewer than one-quarter of 1 percent of all abortions.

Abortion foes have watched with alarm as medication abortions have risen to nearly a quarter of all pregnancy terminations in the United States. Lawmakers have advanced measures that clamp down on how clinics prescribe the drugs and counsel patients.

One type of law has required doctors to follow outdated FDA guidelines from the 1990s for the abortion drugs mifepristone and misoprostol. Much research—some produced by the nonprofit Gynuity Health Projects, which is funded by the Susan Thompson Buffett Foundation—has shown that the drugs should be taken in lower doses and could be used later in the first trimester than those guidelines indicated. Over conservatives’ vociferous objections, the FDA revised the label in March.

Meanwhile, after Planned Parenthood in Iowa began using videoconferencing to counsel rural patients on how to use abortion drugs, the state tried to prohibit the practice. In June 2015, the Iowa Supreme Court rejected that ban. A key piece of evidence was a study of 450 Iowa women, led by Ibis Reproductive Health, that found no statistical difference in complication rates for telemed patients versus women who met with doctors in person (Buffett has funded the group but did not underwrite this study, researcher Daniel Grossman said.)

Beyond TRAP laws, researchers are studying the effect on women that other types of state laws that restrict abortion are having.

Many of these efforts are ongoing, but a new study of Utah’s 72-hour waiting-period law, which legislators said would give abortion seekers a chance to change their minds, found that it increased costs and logistical hassles but did not persuade most women. Of 300 patients surveyed, only 8 percent decided not to terminate their pregnancies, and most had been leaning in that direction anyway. Meanwhile, the average amount of time the surveyed women had to wait to have abortions wasn’t 72 hours, but eight days.

The story was changed to clarify that while the Buffett Foundation has provided funding to Ibis Reproductive Health, it did not fund the Iowa telemedicine study.