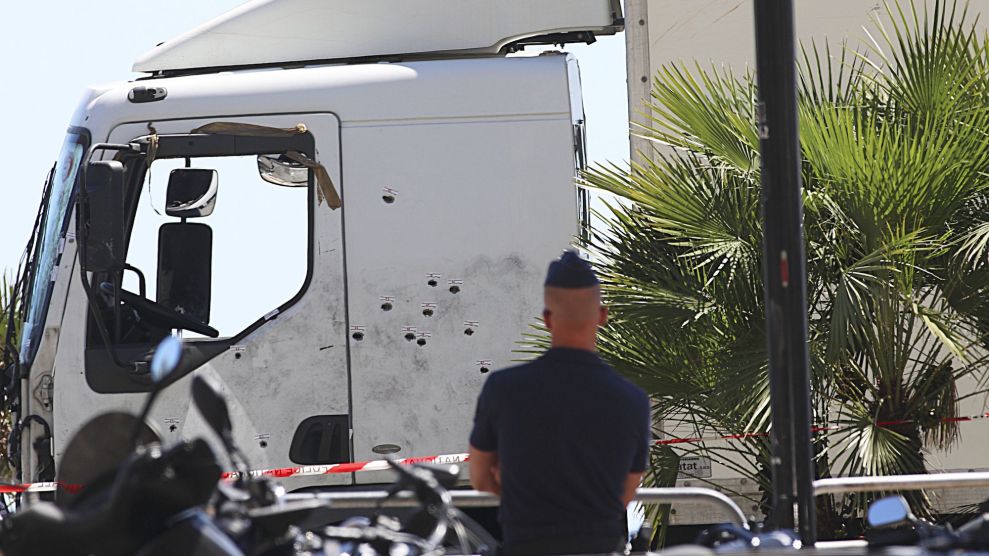 One day after a terrorist attack killed at least 84 people in Nice, France, French authorities announced that the man who carried out the attacks had never been suspected of terrorist sympathies. So do intelligence agencies have any effective way to stop such isolated acts of terrorism?

“No,” says Seamus Hughes, the deputy director of the Program on Extremism at George Washington University’s Center for Cyber and Homeland Security. “I wish there was a better answer than that, but there frankly isn’t.”

Prosecutors in Nice told the media on Friday that Mohamed Lahouaiej-Bouhlel, the 31-year-old French citizen originally from Tunisia who carried out the attack, was “completely unknown to both France’s domestic and foreign intelligence officials.” That bucked the trend of recent terrorist strikes in Europe, including the Paris attacks last year and the Brussels bombings in March. The perpetrators of those attacks were connected to known jihadist networks, and intelligence officials were criticized in those cases for failing to pursue leads or carry out surveillance that may have caught the attackers before they struck.

But in the case of isolated individuals, Hughes says there’s little to be done. “At the end of the day, this really comes down to human intelligence,” he says. “You try to understand the group of people that are drawn to this and then you try to infiltrate as best you can.” If there isn’t anywhere to infiltrate, or the attacker has no previous signs of radicalization to alert authorities, attackers can simply pop up at any point with little warning.

The only real way to slow down such attacks may be to target propaganda from ISIS and other jihadi groups. ISIS is notoriously adept at churning out propaganda videos and flooding social media with sympathizers and recruiters. “Is that actually an important effect on would-be recruits?” Hughes asks. “Are they more likely to go mobilize to action than they have been in the past?”

He believes the answer is yes. “If you’re constantly being told to do what you can where you are, you’re constantly told in three different platforms on a daily, almost minute-by-minute basis, it’s going to have some level of effect on individuals who are already drawn to this,” he says. The more propaganda that’s available, he argues, the more people like Lahouaiej-Bouhlel may carry out “ISIS-inspired” attacks, deciding in the spur of the moment to act on their private thoughts.

That’s not only potentially harder to stop, but also psychologically harmful. Freelance attackers may use whatever methods or targets are at hand, and that seeming randomness, Hughes says, “shocks the system. We’re not just talking about airports. We’re also not just talking about small arms, which means you get more media coverage, which means inspiring the next individuals who want be copycats or who want to do more.”

The US government has made attempts to cut down on the flow of jihadi propaganda online. National security officials met with tech industry executives in January, and the White House held a summit in Washington a month later to try to generate cooperation between tech companies and security agencies. But efforts so far haven’t yielded much—one State Department anti-extremism program on Twitter called “Think Again, Turn Away” is a notorious punchline among terrorism experts—especially given ongoing tension between the two sides over encryption and other privacy issues. “It’s like you’ve been asked to partner up and dance with the bully at school who keeps trying to trip you in the hallways,” one of the White House summit participants told BuzzFeed.

Hughes is certain about one thing: Aggressive anti-Muslim responses only increase the likelihood of more attacks. Other terrorism analysts agree. “Unfortunately, the most likely reaction after the Nice attack is also the worst one: more vitriol and hostility toward French and European Muslims,” wrote Georgetown professor Daniel Byman for Slate on Friday. “That makes it harder for European security services to gain the cooperation of local communities and easier for ISIS to gain recruits and score victories.”