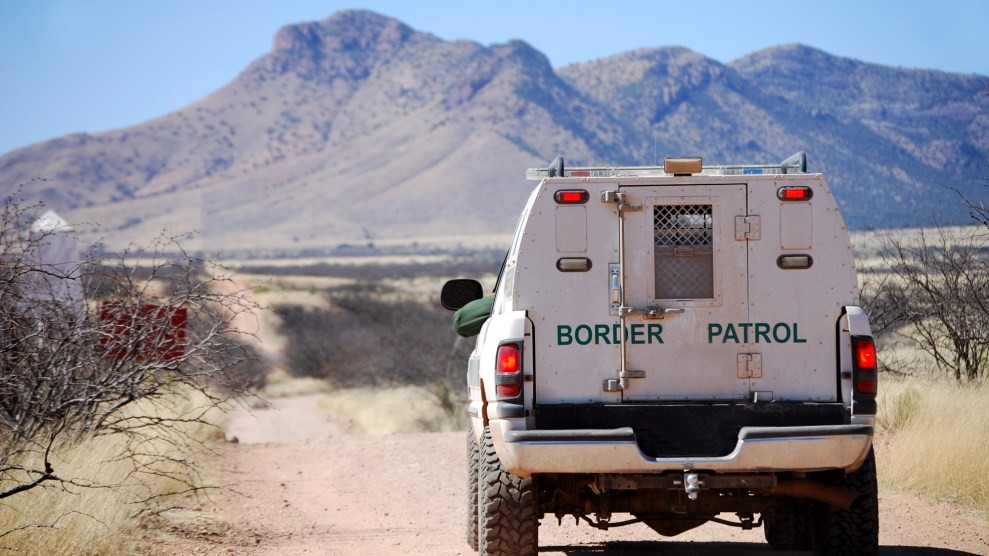 A new chief took over the US Border Patrol this month, and for the first time in 92 years, it isn’t someone who rose through the ranks. Mark Morgan—a former FBI official who once specialized in intelligence and counterterrorism—has stepped in to lead the scandal-plagued group once described as “America’s most out-of-control law enforcement agency.”

Predictably, Morgan’s hiring has caused a stir among Border Patrol agents, who expected one of their own to take the helm. The Border Patrol union—which recently endorsed Donald Trump and has vocally opposed Obama’s immigration actions—urged Morgan to remember that those who protect the border every day are “the real experts in border security.” Joshua Wilson, a spokesman for the union’s San Diego chapter, asked the Los Angeles Times, “How can someone who has never made an immigration arrest in his career expect to lead an agency whose primary duty is to make immigration arrests?”

But Border Patrol critics have been pushing for a shakeup at the top for years. US Customs and Border Protection (CBP), the umbrella agency that encompasses the Border Patrol, is the largest law enforcement agency in the country with 44,000 armed officers, double the size of the FBI and larger than the New York Police Department. Since its rapid expansion in the wake of 9/11, critics have said that CBP’s training and capacity to investigate employee misconduct hasn’t kept up, leaving new recruits green and often unaccountable.

Here are some of the biggest complaints about the Border Patrol in recent years:

Reports of corrupt Border Patrol agents have led journalists and politicians to question whether officers are doing enough to secure the borderlands against illegal drugs and gang activity. In fact, CBP as a whole has long been plagued by allegations of corruption within its ranks. A recent investigation by the Texas Tribune and Reveal found that at least 134 officials have pleaded guilty or been convicted in the last 12 years on corruption charges, often for allowing drugs and undocumented immigrants to cross into the United States. Fifty-two of those were Border Patrol agents.

For example, two brothers, both Border Patrol agents in San Diego, made more than $1 million smuggling 1,000-plus undocumented immigrants across the border, according to the Justice Department. Another agent in El Paso allegedly smuggled weapons, including high-powered pistols and flare guns, into the country with the help of his girlfriend. In Texas, yet another agent has been linked to a gruesome cartel-linked beheading. He now faces murder and organized crime charges. A CBP spokeswoman told Mother Jones that the agency plans to cooperate fully with that investigation. CBP also says that it does not tolerate corruption within its ranks and that the overwhelming majority of its officers and agents perform their duties with honor.

Numerous reports have indicated that Border Patrol agents and other CBP employees often operate with impunity. The advocacy group American Immigration Council reported that more than 800 abuse complaints against CBP agents were filed between 2009 and 2012—and only 13 resulted in disciplinary action. In one case, a Border Patrol agent was accused of kicking a pregnant woman and causing her to miscarry. Another group of agents was accused of stripping an undocumented immigrant, leaving him naked in a cell, and calling him a “faggot” and a “homo.” Yet another allegedly forced female immigrants into sex. A CBS News investigation also found that sexual misconduct within CBP is significantly higher than at other federal law enforcement agencies. And in 2012, Border Patrol agent Luis Hermosillo was sentenced to eight years in prison for kidnapping and sexually assaulting a Mexican tourist. (CBP has said that it has a zero tolerance policy when it comes to sexual assault.)

To make matters worse, the agency has also been notoriously slow in processing complaints. Among those cases that were closed, CBP took an average of 122 days to come to a decision. The rest were often in limbo for more than a year. After R. Gil Kerlikowske became CBP commissioner in 2014, he created a CBP Integrity Advisory panel to assess the agency’s progress toward greater accountability. However, as recently as this March, the panel described the agency’s internal affairs team as “woefully understaffed” and its disciplinary system as “broken.” The panel recommended that CBP add 350 criminal investigators to look into employee misconduct. (The agency has made room in next year’s budget request for 30 new investigators and is seeking $5 million for cameras, including body cameras.)

Interestingly enough, Morgan has experience overseeing such internal probes: In 2014, he served as acting assistant commissioner for internal affairs at CBP, during which he launched an investigative unit dedicated to criminal and serious misconduct.

More than 50 people have died during altercations with CBP agents since 2010, including at least 19 US citizens. Several of those incidents involving the Border Patrol have gained nationwide attention. In 2011, Jesús Alfredo Yan?ez Reyes was shot in the head after allegedly throwing rocks and a nail-studded board at Border Patrol agents attempting to take his companion into custody. The next year, a Mexican teenager named José Antonio Elena Rodríguez was walking along a street near his hometown when an agent on the other side of the border opened fire, killing Rodríguez. Another cross-border shooting case, in which unarmed teenager Sergio Adrian Hernandez Güereca was shot near El Paso, is currently being considered by the Supreme Court.

In 2013, the Police Executive Research Forum, a policy and research group focused on law enforcement agencies, issued a report criticizing CBP agents’ practice of shooting rock-throwers and vehicles that don’t pose an immediate threat to agents’ lives. The report noted that in some fatal incidents, the shots appeared to have been taken “out of frustration.” The agency eventually changed its use of force policy, but its initial response was to challenge the recommendations and suppress the report for weeks.

Since then, CBP has announced that its agents have been using force less frequently. The agency says on its website that last year, use-of-force incidents fell by roughly 26 percent. The American Civil Liberties Union, however, reports that the number of people hurt or killed during encounters with CBP agents actually increased during that same time period.