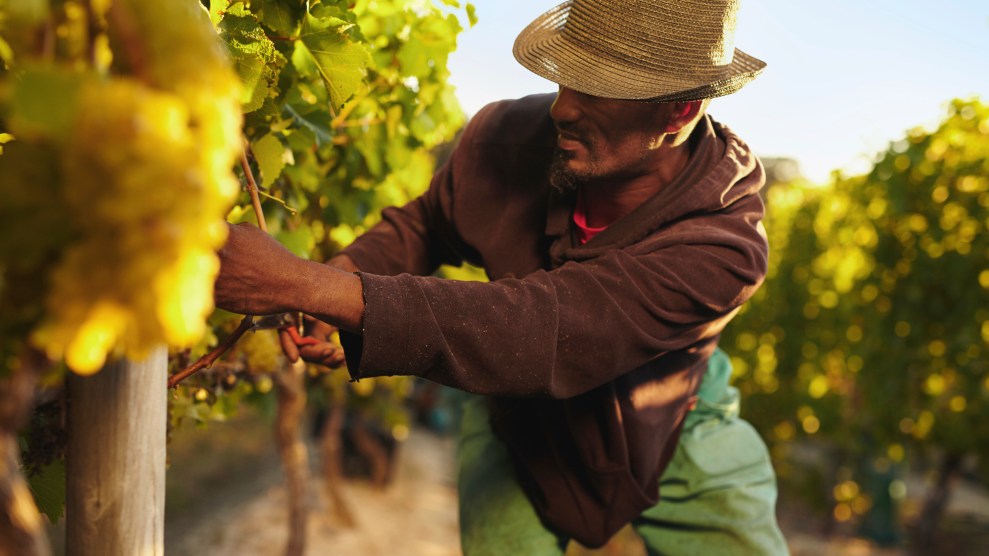 Update (9/12/2016): On Monday, September 12, Governor Jerry Brown signed a groundbreaking piece of legislation that gives farmworkers the same overtime protections as other workers.

For the last 80 years, farm workers have toiled for long hours in grueling conditions with little or no overtime pay. On Monday, California lawmakers passed a bill that would change that. If signed by the governor, the law would make the Golden State the first to require the agricultural industry to meet the federal labor standards applied to most other industries.

“The whole world eats the food provided by California farmworkers,” said Assemblywoman Lorena Gonzalez, who introduced the bill, “yet we don’t guarantee fair overtime pay for the backbreaking manual labor they put in to keep us fed…We’re now one step closer to finally providing our hard-working farmworkers the dignity they deserve.” Supporters of the bill, which include Democratic presidential nominee Hillary Clinton, argued that farm workers should be granted the same protections as millions of other Californians.

California’s economy is fueled in large part by its agricultural output. More than a third of all vegetables and two-thirds of all fruit and nuts sold in the United States come from the state. Its agricultural industry raked in more than $50 billion in 2014. Nationally, farm workers earn an average of less than $18,000 a year, according to Farm Worker Justice. Numerous studies have found that many California farmworkers struggle to afford food for their families.

Industry representatives and their allies in the legislature argued that the added protections could backfire, saddling employers with added costs at a time when they are struggling with the state’s water crisis. Ultimately, they said, employers would simply hire more workers and cut their hours in order to avoid paying overtime. “Agriculture needs greater flexibility in scheduling work than do other industries,” argued Beatris Espericueta Sanders, executive director of the Kern County Farm Bureau, in the Bakersfield Californian. “Supporters of the legislation claim this is about ‘equality,’ but AB 1066 would actually hurt the employees it’s meant to help.”

According to the United Farm Workers, the largest union for farm workers and a key sponsor of the bill, the lack of overtime protection for agricultural laborers has its roots in the Jim Crow era, when most farmworkers were African-American. In 1938, Congress passed the Fair Labor Standards Act, which laid out wage protections and overtime compensation requirements for employees across the nation. However, to appease white Southern lawmakers, an exemption was added for agricultural employers. “Today, 78 years later, when farm workers are mainly Latino, this shameful legacy of racism and discrimination still infects our society,” UFW said in a statement. “Excluding farm workers from overtime after eight hours was wrong in 1938. It’s wrong now.”

As reported by the Los Angeles Times, the 44-32 vote in favor of the overtime bill led to an outbreak of applause among farmworkers who took time off of work to witness its passage.