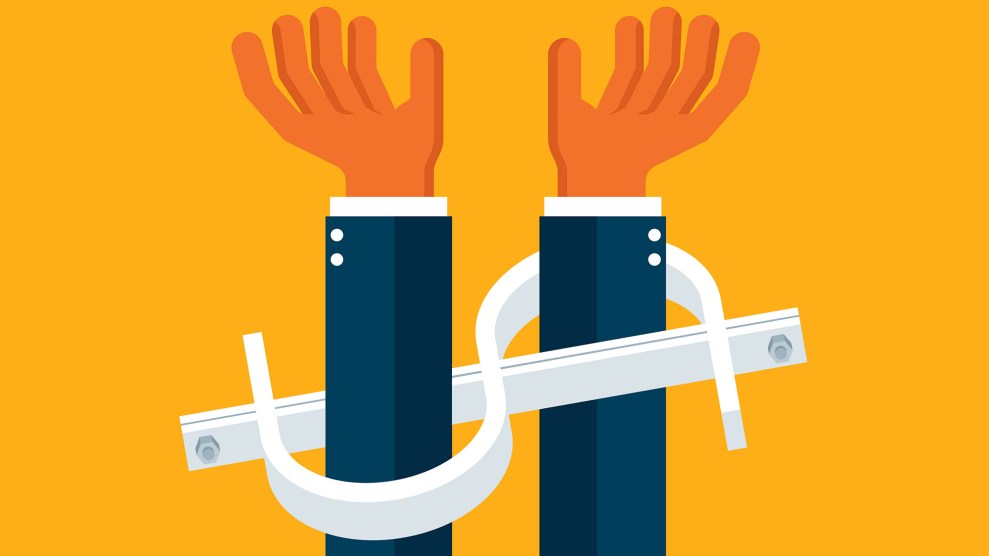 Nearly two and a half months ago, Mother Jones published Shane Bauer’s blockbuster investigation based on his time working as a guard in a private prison in Louisiana run by the Corrections Corporation of America. Here’s what’s happened since his story dropped:

1. A Department of Justice report came to the same conclusions as our investigation. A report by the department’s inspector general found that federal prisons run by private prison corporations are inadequately supervised and that these gaps in oversight have resulted in the endangerment of prisoners and staff and violations of prisoners’ basic rights.

2. The DOJ decided to stop contracting with private prisons. The announcement noted that private prisons “simply do not provide the same level of correctional services, programs, and resources; they do not save substantially on costs; and as noted in a recent report by the Department’s Office of Inspector General, they do not maintain the same level of safety and security.”

3. As a result of the DOJ announcement, prison companies’ stock plummeted. CCA and the GEO Group, the nation’s two largest private prison companies, lost almost half their share value on the day of the announcement. And the financial hit hasn’t stopped:

Prison companies have lost $2.2 billion of their value, and that’s likely not the end of it https://t.co/cqsIFAJ8zL pic.twitter.com/MqKbJ7SQUH

4. Shareholders filed class-action lawsuits against CCA and GEO. The lawsuits allege that the companies failed to disclose business practices that were putting their federal contracts in jeopardy.

5. The Department of Homeland Security said it would reevaluate its use of private prisons. A DHS council will consider whether federal immigration detention facilities should follow the Justice Department’s lead and phase out privatized operations.

6. The Washington Post found that the feds brokered a $1 billion deal with CCA two years ago. According to the report, the Obama administration offered CCA a four-year agreement—without engaging in a standard bidding process—to build a large immigration detention facility for Central American women and children seeking asylum.

7. Winn Correctional Center is facing major cuts. The Louisiana prison where Bauer worked is no longer run by CCA. Facing deep budget cuts, the company that now operates it says it will have to offer fewer medical and rehabilitative programs.

8. CCA is facing a civil rights lawsuit. The federal lawsuit, filed by eight former inmates at the Idaho Correctional Facility, allege that understaffing and poor management at the formerly CCA-run facility led to an attack in which they were beaten and stabbed by a prison gang.

9. CCA is fighting to seal documents in another lawsuit. The suit claims that guards at a CCA-run Tennessee prison required female visitors to endure strip searches in order to prove they were menstruating. CCA has asked a judge to keep documents in the case under seal.

10. Tennessee Gov. Bill Haslam brushed off our investigation. Haslam, governor of CCA’s home state, was asked if he’d read Bauer’s story. “My experience with Mother Jones is that they’re not exactly a level playing field, in terms of private interest and private enterprise,” Haslam replied. “But I would say this, our corrections folks are confident they provide the same level of oversight and the same accountability to private operators as we do in our facilities.” Through 2013, Haslam had received $43,575 in political contributions from CCA.

P.S. Read about what it took to do the investigation and how this kind of journalism can happen.