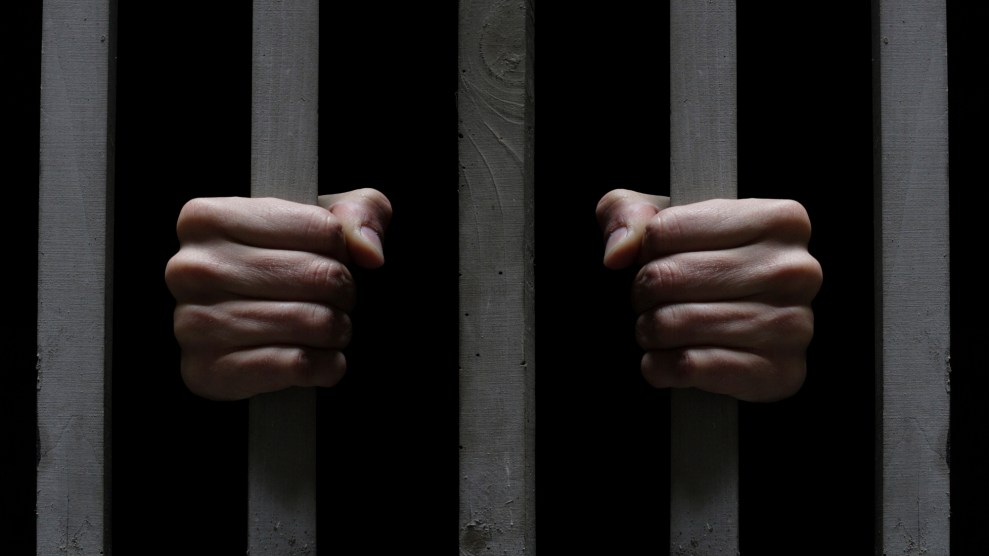 Few states still routinely put criminals to death. “I think the death penalty is fading away,” Justice Ruth Bader Ginsburg remarked recently, noting a drop in executions nationwide. But the debate over capital punishment is still alive this election season, and in some states, it’s as polarizing as ever. In California, a state with more inmates on death row than anywhere else in the country, voters will decide in November whether to approve or reject two competing ballot initiatives—one that would put an end to executions in the state, and another that would speed them up.

While the two ballot measures are certainly at odds, they’re based on the same idea: that the status quo isn’t working. Since the death penalty was reinstated in California in 1978, it’s cost taxpayers more than $4 billion. During that time, nearly 1,000 criminals have been sentenced to death, but only 13 have been executed. (None have been put to death over the past decade while the state reviews its lethal injection protocol.)

The first ballot initiative, Prop. 62, says enough is enough—it’s time to ban executions. Proponents of the measure oppose the death penalty for both financial and moral reasons, noting that the people executed are sometimes innocent. The state would be better off, they say, if it converted all existing death sentences to life in prison without the possibility of parole, requiring inmates to work in detention and pay wages to their victims.

“While many think it is cheaper to execute murderers than to imprison them for life, in fact it is far more expensive,” writes actor Mike Farrell, who proposed Prop. 62. An analysis by the nonpartisan Legislative Analyst’s Office posits that the ballot initiative would save California taxpayers $150 million annually within a few years, in part because the state wouldn’t have to keep paying so much for death penalty legal proceedings.

“Counties are sending more men to death row than the California Supreme Court can find lawyers for.”

Rather than abandoning capital punishment, the second ballot initiative, Prop. 66, seeks to make it more efficient. It would try to reduce the huge number of inmates on death row by speeding up the appeals process—limiting the number of petitions a prisoner can file and setting expedited deadlines for legal proceedings. “The solution is to mend, not end, California’s death penalty,” reads the proposal, submitted by former NFL star Kermit Alexander, whose mother, sister, and two nephews were murdered in 1984. (One of the three killers is still on death row.) In August, a poll by the Institute of Governmental Studies at the University of California-Berkeley found that three-quarters of about 1,500 respondents supported his proposal.

But legal experts are raising alarm, saying the push to speed up executions could actually make the situation worse. Among these critics is Michael Hersek, a former public defender who’s now executive director of the Habeas Corpus Resource Center, a state agency that represents inmates in capital cases. He says Prop. 66 does nothing to fix the main problem with California’s capital system: a lack of funding for attorneys. Prop. 66’s expedited timeline only kicks off after an attorney is appointed to the case, he notes, but on average death row inmates wait a decade for an attorney to be appointed—in part because compensation for private lawyers is too low to encourage more of them to pick up these cases. “I don’t believe it will speed up executions,” Hersek says of the proposal. “Counties are sending more men to death row than the California Supreme Court can find lawyers for.”

And even if a lawyer were appointed quickly, he says, the new deadlines wouldn’t be feasible because the proposal requires extra layers of litigation, which would rope in more judges, court clerks, and lawyers. And there’s another potential problem, Hersek says: What if speeding up capital cases leads to more mistakes? “Some folks will cut corners—they won’t be able to do the comprehensive job they’re supposed to do, and innocent people will be at risk of being executed,” he says. The Legislative Analyst’s Office predicts Prop. 66 would drain tens of millions of dollars annually from the state for several years, thanks to the appeals proceedings—though as the LAO also points out, it could save tens of millions of dollars annually for prisons.

If Prop. 66 passes, “some folks will cut corners—and innocent people will be at risk of being executed,” says former public defender Michael Hersek.

The state Legislature has previously considered several similar proposals to speed up executions, Hersek says, and they’ve been rejected every time. Californians have also previously considered whether to repeal the death penalty: A 2012 ballot initiative that would have done so was narrowly defeated, with 48 percent of voters supporting it. (A majority is necessary to approve statewide ballot initiatives.) This time, if both the anti- and pro-death-penalty initiatives secure enough votes for approval, the one with the highest number of affirmative votes will be enforced.

Over the past several years, the United States has seen a sharp decrease in the number of states carrying out executions, in part because of shortages of execution drugs and legal challenges to death sentences. But while only three states—Texas, Georgia, and Missouri—still regularly put people to death, capital punishment remains legal in 31 states. California won’t be the only one contemplating it on November 8. In Nebraska, voters will consider a ballot initiative that would bring back the death penalty, after a law repealed it last year. And Oklahomans will vote on an initiative that would amend the state constitution to say that all methods of execution are constitutional, and that the death penalty is not cruel and unusual punishment.

Though a majority of Americans approve of the death penalty in cases of murder, overall support for capital punishment is at its lowest level in decades, according to 2015 Pew data. Still, opinions of capital punishment are split largely along partisan lines, with 77 percent of Republicans supporting it, compared with just 40 percent of Democrats. So while the death penalty may be “fading away,” you can bet it won’t disappear quietly.