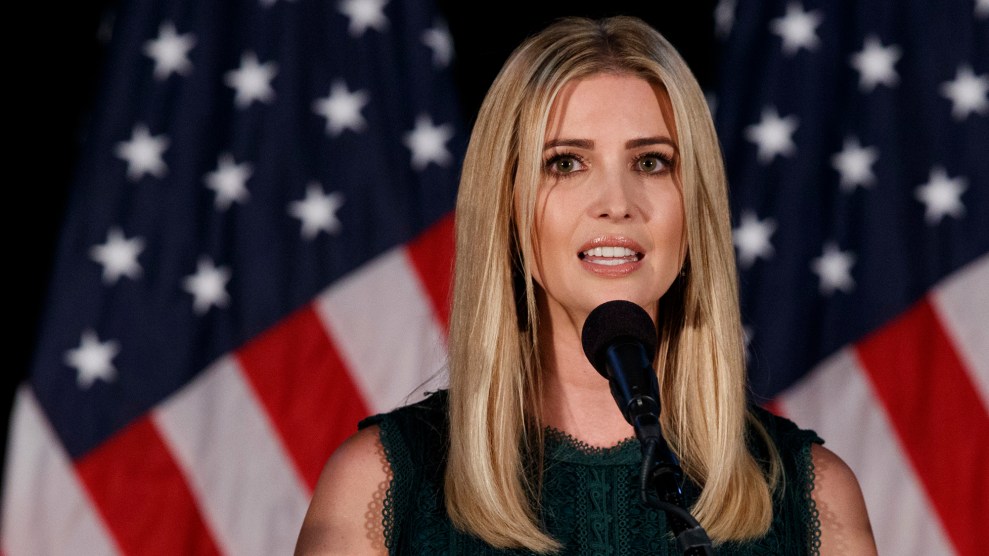 The media have recently come under fire for treating Donald Trump with kid gloves, particularly after Matt Lauer last week failed to press Trump on his false claims. But apparently Trump’s daughter Ivanka thinks the press is being too harsh—at least when it comes to that hard-hitting, tough-as-nails outlet called Cosmopolitan magazine.

On Wednesday, Cosmopolitan interviewed Ivanka Trump about her father’s new child care policy. She is considered the force behind the new policy; she helped introduce it alongside her father this week and is publicizing it. But when she was asked a few basic questions about the policy, the interview went off the rails.

The tensions began when reporter Prachi Gupta asked some simple questions about whether fathers and same-sex couples would be eligible for benefits under the plan’s maternity leave policy. Trump clearly didn’t appreciate this line of questioning and provided cryptic answers, saying, “The original intention of the plan is to help mothers in recovery in the immediate aftermath of childbirth.”

But it was a question about her father’s comment from 2004 that pregnancy is “an inconvenience for a business” that pushed Trump over the edge. Gupta gently offered her an opportunity to address those comments, telling her, “Talk a little bit about those comments, and perhaps what has changed.”

First, Trump responded in anger, threatening to walk away from the interview. “So I think that you have a lot of negativity in these questions,” she said. “I think my father has put forth a very comprehensive and really revolutionary plan to deal with a lot of issues. So I don’t know how useful it is to spend too much time with you on this if you’re going to make a comment like that.” (It’s true that many Republicans have not gone as far as Trump does in his new policy on issues like paid maternity leave and child care. Still, Hillary Clinton put forward a more aggressive plan months ago, a fact Trump refuses to acknowledge.)

Next came denial. After Gupta pointed out that she was simply presenting a statement that the presidential candidate had made, Trump acted as if those comments never took place. “Well, you said he made those comments,” she said. “I don’t know that he said those comments.”

Finally, Trump was able to return to the topic of the plan. After Gupta pointed out that she had been quoting an NBC interview transcript, Trump turned back to the plan by denying that anyone besides her father even had a plan. “There’s plenty of time for you to editorialize around this, but I think he put forth a really incredible plan that has pushed the boundaries of what anyone else is talking about,” she said. “On child care specifically, there are no proposals on the table.” This is, of course, not true.