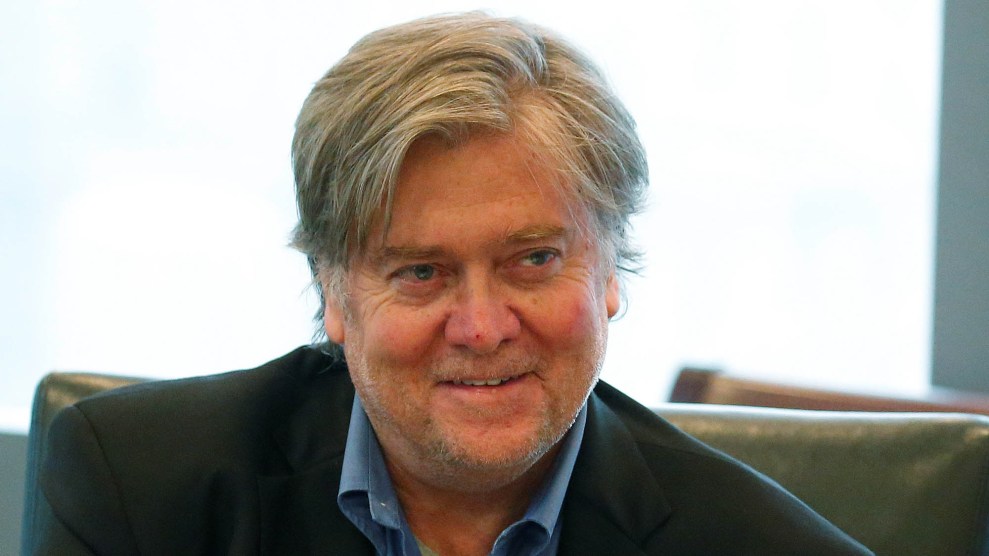 Stephen Bannon brought quite the varied résumé to his new gig as CEO of Donald Trump’s presidential campaign. At various points, Bannon has worked as an investment banker, earned money off Seinfeld royalties, overseen a biosphere, directed films, and run an alt-right news site. But one of the stranger blips on his career path came in the mid-aughts, when Bannon joined and eventually ran a company that made its name and fortune as an online marketplace to sell virtual gold to World of Warcraft players and other online gamers.

World of Warcraft was the most successful of a genre of games termed Massively Multiplayer Online Role-Playing Games (MMORPGs or MMOs) that sprang up in the late 1990s and 2000s. For a monthly fee, people could play these games (which also included EverQuest and installments of the Final Fantasy series) as characters in open-ended fantasy or science fiction worlds. Over time, players upgraded their characters’ status and abilities by going on quests to gain online currency (often gold) along with weapons and other items.

These games required huge time investments to boost characters and attain the best items. A few crafty entrepreneurs realized that time-crunched players might be willing to trade real-world cash for online currency, and they set up so-called gold farms, paying people to acquire currency and goods in the games that would then be sold to other players through an outside system.

One of the first major businesses in the “real-money trading” market was Internet Gaming Entertainment (IGE), founded in 2001 by former child actor Brock Pierce. (You may remember Pierce from the 1996 film First Kid, playing the eponymous White House child opposite Sinbad.) As detailed in a 2008 feature in Wired, Pierce set up an online shop that allowed players to purchase in-game goods, much of it coming from gold farms in China, where people were paid to play the game and rake up loot. According to Fortune, at its peak, IGE earned tens, if not hundreds, of millions of dollars per year.

As Wired reported, IGE brought Bannon on board in the mid-2000s. Bannon’s “mission was to land venture capital.” That mission paid off for IGE. In 2006, Bannon’s former employer, Goldman Sachs, invested $60 million in the company, and Bannon took a seat on the company’s board.

The legality of real-money trading as an industry was never clear; it ran the risk of violating the terms of service of various games. With IGE facing a massive class-action lawsuit led by a World of Warcraft player, the company sold off its online marketplace to a former competitor and rebranded as Affinity Media, which retained a string of community message boards related to MMOs. According to Wired, in June 2007, Affinity’s board pushed out Pierce and made Bannon CEO, a role he would hold until he took over at Breitbart News in 2012. Bannon may have applied his web knowledge gained from his time at IGE and Affinity to Breitbart News, which he transformed into the preeminent destination for the internet-savvy, meme-centric alt-right—in part by stoking the anger behind Gamergate, which saw harassment of female gamers by their male peers.

As for Pierce, he’s now moved on to Bitcoin. His bio at Blockchain Capital says he’s “a member of Clinton Global Initiative.”