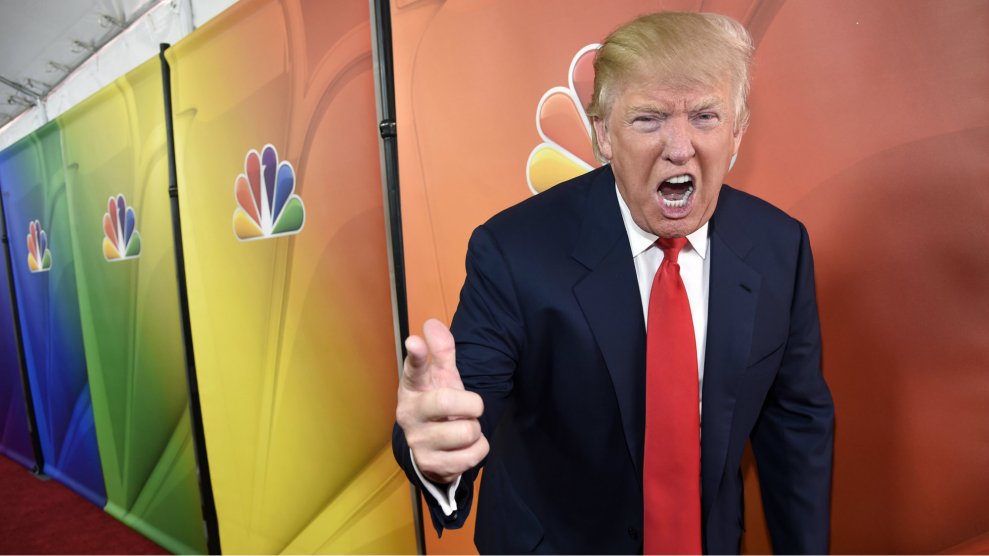 Many people say that Donald Trump speaks with no regard for accuracy or consequences. With the recent news that Trump declared a $916 million loss on his 1995 tax returns and possibly exploited a loophole to not pay federal income taxes for 18 years, one of those instances of Trump mouthing off deserves to be reexamined.

During a GOP primary debate in February, Trump claimed that he was not releasing his tax returns because he was being audited by the IRS. Immediately after the slugfest, CNN’s Chris Cuomo asked the reality television star on air about this, and Trump replied:

Religion? Trump was being audited because of his religion? Really? Cuomo asked for an explanation: “What do you mean religion?” Trump went on:

Well, maybe because of the fact that I’m a strong Christian, and I feel strongly about it and maybe there’s a bias.

An incredulous Cuomo pressed the matter: “You think you can get audited for being a strong Christian?” And Trump responded, “Well, you see what’s happened. You have many religious groups that are complaining about that. They’ve been complaining about it for a long time.”

This was some allegation. No major presidential candidate had ever charged that he was being targeted by a federal agency because of his religious beliefs.

Later that evening, CNN’s Anderson Cooper pushed Trump on this, asking if he truly thought the IRS was after him because of his Christian beliefs. Trump appeared to backpedal a bit, answering: “Well, I know they certainly had a lot of problems, I mean, if you look at what’s been happening over the years. I don’t think, I don’t think it applies.” He still insisted he had been unfairly targeted for the audit: “But I can tell you one thing: I am audited when I shouldn’t be audited…Why is it that every single year, I’m audited, whereas other people that are very rich, people are never audited?”

Now the public knows this was merely fact-free posturing. According to the New York Times report—the accuracy of which has not been challenged by Trump or his campaign—the real estate mogul took nearly a $1 billion loss in a move that could have erased his federal income tax obligation for almost the next two decades. So when Trump was playing the Christian card and accusing the IRS of religious bias (without providing a crumb of evidence), he certainly knew that the IRS had plenty of legitimate reasons for giving his tax returns a damn careful review. And even when he backed off this claim, he still moaned that he had been unfairly selected for an audit. Yet due to his billion-dollar scheme, of all American taxpayers (or non-taxpayers), Trump perhaps most deserved auditing.

Trump’s statements from February now look absolutely ridiculous—and they are further indication that Trump cannot be trusted to speak truthfully about his taxes and finances.

Watch Trump claim the IRS was after him because of his religious views: