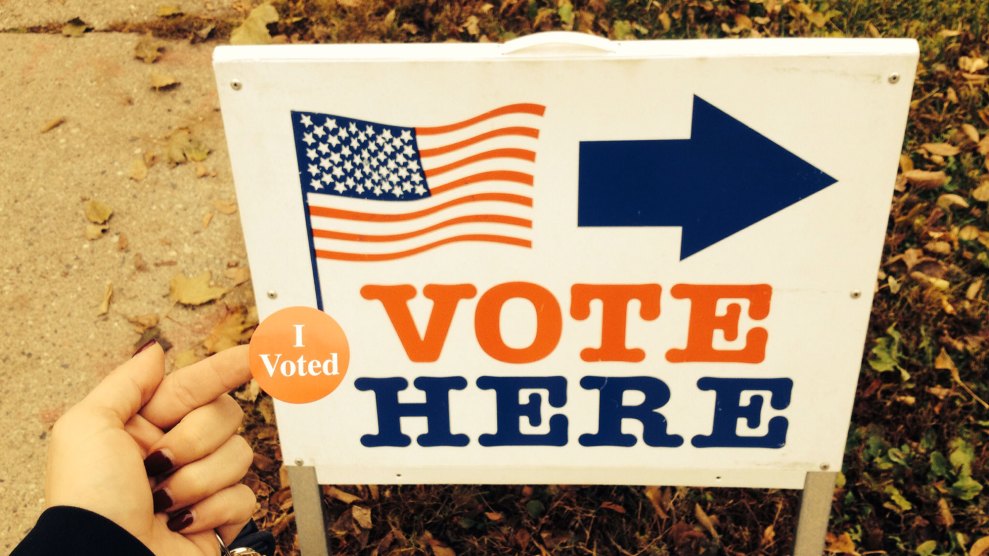 On Tuesday, if you haven’t cast your ballot already via early voting or by mail, you’ll probably shuffle down to an elementary school, or perhaps a church, a fire station, a town rec center, a library, an armory, or a town hall, to stand in line with your neighbors and vote. You should! It’s important. (And buy a few cookies from the bake sale while you’re at it.)

Voting, if not governance, is a thing we do together. The entire city of Butte, Montana, a place with no shortage of schools and churches and fire stations, votes together at the Butte Civic Center, the concert venue and rodeo arena in the heart of downtown. But among the tens of thousands of precincts open in the United States today, there are a few that break from the mold in wonderfully American ways.

In Texas, astronauts cast their votes from the International Space Station by hitting “send” on an encrypted ballot. Some voters in Maine’s second congressional district, where one electoral vote and a key House race hang in the balance, will go to Chapman Ridge Runners Snowmobile Club in Aroostook County to vote. In Frye Island, Maine, it’s a ferry office. In Litchfield, Maine, a hunting club.

Voting in Montana can be an intimate experience. In the town of Blackfoot, on the Blackfeet Reservation, the instructions are simple: Go to Dolores Salois’s house. In Circle, Montana, you head to the banquet room of the Country Market. Residents of one Missoula neighborhood will head to the Burns Street Bistro.

In the Monte Vista neighborhood of Los Angeles, voting booths are set up at La Tropicana Market, so you can sip Intelligentsia coffee and munch on a torta while you wait. Others vote at the famed De Soto Pharmacy, an old fashioned drugstore with a soda fountain, where you can get some 1950s nostalgia to go along with your 1950s politics. Some Angelenos vote at the Church of Scientology at 4810 Sunset Boulevard, because what else would you expect?

As with most things in Alaska, voting is a little bit different. Among the polling places are village offices and churches and emergency-responder buildings, but also a Chrysler dealership and the KZPA public radio station in Fort Yukon. You can buy a gun and vote at Frontier Outfitters in Fairbanks. In the remote village of Ruby, voters cast their ballots at the only laundromat. There are two polling locations at fitness centers in Anchorage. The polling location in Whittier is in the Ptarmigan room of the Begich Tower, because everything in Whittier—the post office, the police department, the laundromat, the grocery store—is contained within the Begich Tower. 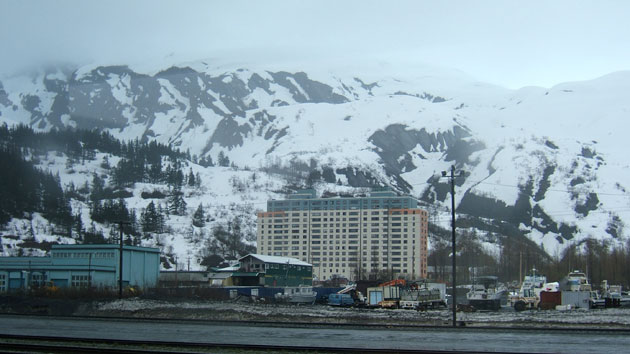 Voters casting their ballots in the community room of the Panther Junction visitor center at Texas’ Big Bend National Park will have a say in one of the nation’s closest House races. Ditto for citizens dropping by an RV park in Hon-Dah, Arizona, or the Navajo Nation Museum in Window Rock. A ski lodge in Fort Valley, Arizona, and the “Shrine of the Ages” at the Grand Canyon will both go some way to determining who wins one of 2016’s unlikeliest swing states. So will the voters at the Cibola Lake National Wildlife Refuge and the voters in the White Mountain Apache Nation who cast their votes early, at the mobile voting unit hauled around by a pickup truck.

No city has quite the range in as small an area as Philadelphia, where the precinct list looks like the Yellow Pages. Two different bocce courts, a bowling alley, a yoga studio, squash courts, the Walnut Lane golf clubhouse, a gas station, about a dozen barber shops and hair salons. A Seafarers Union hall. Mexican restaurants, Italian restaurants, Jack’s Deli, Lee’s Hoagie House, Saigon Maxim Vietnamese restaurant, and the River Wards Coffee. Election Day and drinking are a perfect match; Bill’s Bottle Shop on Welsh Road specializes in craft beer. Some of the votes Hillary Clinton is counting on for her Philly firewall will come from funeral homes. (Cue the Fox News freakout.) At least half a dozen polling locations have been set up in residents’ garages.

GUYS I FOUND IT! The most Philly polling place ever. 418 people vote here. pic.twitter.com/dmMEtXqq4s

But the places we vote aren’t just trivia. They also tell a story about the people who vote. Army bases, Finnish cultural clubs, Buddhist temples, community centers for Muslim youths. A defining moment of the election—the actual votes-being-cast election, not whatever it was we sat through for 16 months—came on Friday night in Las Vegas, when, with the clock ticking down to the 8 p.m. deadline, thousands of voters stood in line to cast their votes at Cardenas Market, a Mexican grocery store on Bonanza Road. The deadline was pushed back to 10, so the voters, most of whom were Latino, could cast their ballots. The next night, the chair of the Nevada Republican Party warned Trump supporters that “they kept a poll open till 10 o’clock at night so a certain group could vote.”

By “certain group,” of course, he meant “Hispanics,” and he had reason to be concerned. Donald Trump may have already lost Nevada in the early voting phase, and it might have happened at Cardenas.