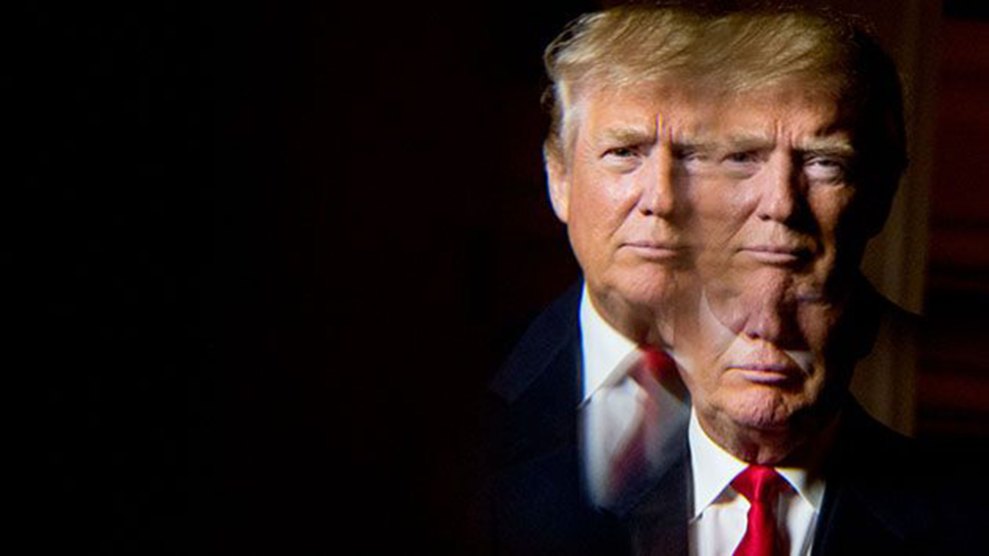 Donald Trump stunned the nation and the world early Wednesday, completing a fundamental rewrite of American politics and clinching the presidency. The victory by the business mogul and reality television star turned politician sent global financial markets into a panic, roiled by a deep sense of uncertainty and potentially a major shift in America’s role in the world.

Defying most polls—which for months had predicted the White House would easily go to his Democratic rival, Hillary Clinton—Trump secured an extraordinary electoral victory, beating Clinton in a nail-biting state-by-state race that continued well into the early hours of Wednesday morning. Gone was the much-hyped Democratic “firewall” and fabled Obama coalition, as thin margins in multiple battleground states, including Florida and Ohio, tilted in the Republican’s favor.

Donald J. Trump will become the 45th president of the United States, winning on an explicitly nativist, anti-immigration platform and a vow to renegotiate international trade and military deals—including the possibility of exiting NATO—while promising to return manufacturing jobs to heartland America. Trump always maintained that he read the polls better than the “rigged” media by claiming that he, and he alone, had a finger on the pulse of the American electorate, unlike other politicians—including the leaders of his own Republican Party, which was deeply divided about his candidacy from the beginning. He was right. He picked up strong support across the map where Democrats and the Clinton campaign had bet that their turn-out-the-vote operation would vanquish the Republican insurgent.

To say Trump’s campaign was scandal-plagued would be a colossal understatement. He was caught on tape bragging about the sexual assault of women. He vilified the Muslim parents of a slain American soldier. He mocked a disabled journalist. He refused to release his tax records, as details emerged about how little he had paid in taxes for nearly two decades. His charitable giving was exposed as a flimsy pretense to advance his celebrity. And he campaigned with a sheer defiance of facts that was perhaps unparalleled in modern US history.

In the end, none of it mattered. A majority of American voters took Trump at his word—that he will “Make America Great Again.” Now the country and the world will begin to find out what that means.

Change will be immediate come January, if Trump’s assertions throughout his campaign are to be taken at face value. He has promised an aggressive agenda, if one scant on details—including throwing out signature Obama administration deals to curb the devastation of climate change and repealing Obamacare within his first 100 days in office.