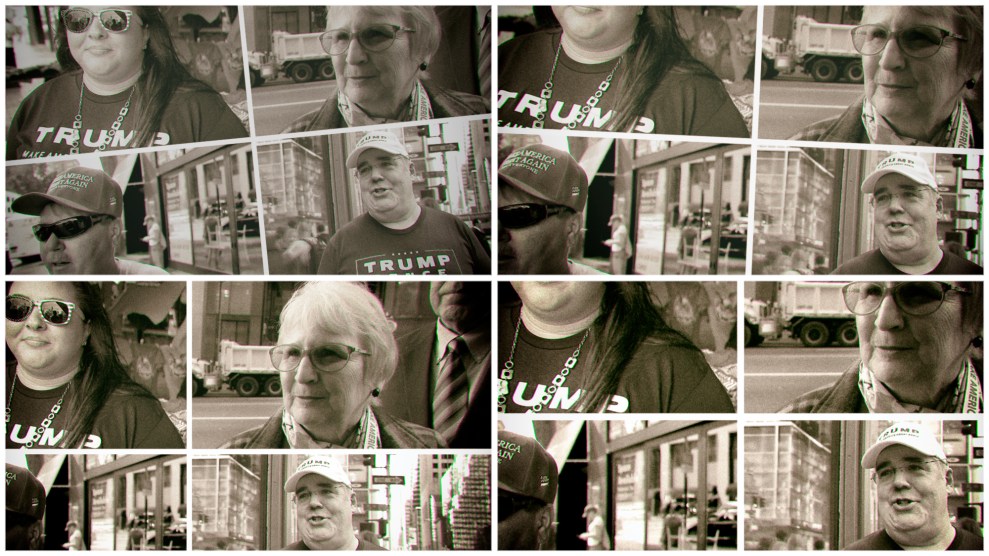 I began a mini-experiment after the election: Facebook-friend every Trump voter I interviewed this year. I hope to dish up more diverse political views for our readers, and to inspire Facebook’s algorithm to deliver different news sources to my feed. I also want to keep reporting on voters’ reactions after the election—to see how their views change over time and if mine do, too.

Since I started, Facebook has weathered a storm of criticism for its role in amplifying fake news and reinforcing the isolation of our political bubbles. Zeynep Tufekci, a University of North Carolina sociologist, wrote in the New York Times last week that Facebook’s algorithm “chooses which updates appear higher up in users’ news feeds and which are buried.” The problem? “Humans already tend to cluster among like-minded people and seek news that confirms their biases.” Facebook prioritizes content that users find “comforting,” Tufekci wrote.

What is missing is that bracing, even essential discomfort of democracy—something I want injected into my feed more regularly.

My Facebook recruits are self-selecting, so clearly they don’t broadly represent Trump supporters. They turned up at politically charged events, in Cleveland for July’s Republican convention and outside Trump Tower itself in New York on Election Day. They are also voters who said yes to being interviewed on camera after I asked them (usually because my videographer-guts told me they’d talk—and, yes, perform well on camera).

Facebook and email discussions have already offered insightful speculation about the election, which I will share as I continue to monitor how—and if—my news feed changes as a result of my new friends. 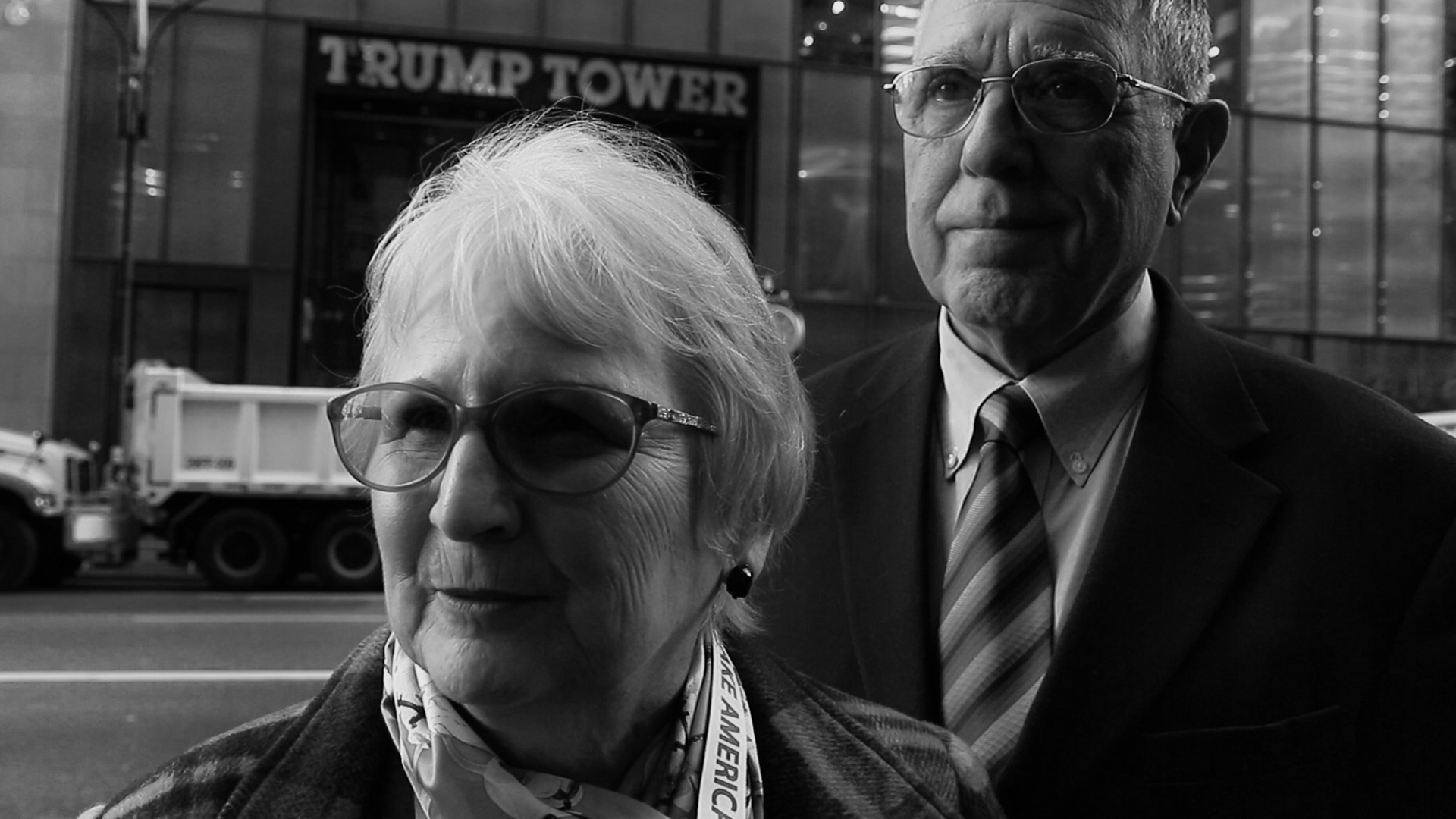 Charles Juedemann (pictured here with his wife, Gloria): “The news is still saying that the uneducated people elected Trump. I wish I could give them a piece of my mind,” wrote Charles Juedemann, a retiree and Trump voter from Union, Missouri, whom I met in New York with his wife Gloria on Election Day. “I am an Electrical Engineer and Gloria has her specialist degree. Maybe we are a minority Trump supporter but I assure you, calling people uneducated is not the way to their heart.”

According to early analysis of exit polls, Trump rode a wave of support among white working-class voters in the Midwest to win the election. “The working people of the United States stood up and voted,” Juedemann wrote in a follow-up email. “I think many Americans felt we were losing identity and wanted to keep America as it was, where people worked and built things and contributed to the overall good of a Nation.”

Juedemann thinks voters like him are being divided and unfairly maligned by the press. He continues to be angered by Hillary Clinton’s description of some Trump supporters as “deplorable” during a September fundraiser. The media “claim racism, then education, then gender, then misunderstanding of the political process, and on and on,” he said. “Mr. Trump never said anything about the people who supported Hillary. He did not call them uneducated or deplorable. He did not place himself above other citizens.”

“I invite you to come to visit us. We have the room and you could visit and see how someone in the Midwest lives and works,” Juedemann added. “You would be welcomed.” 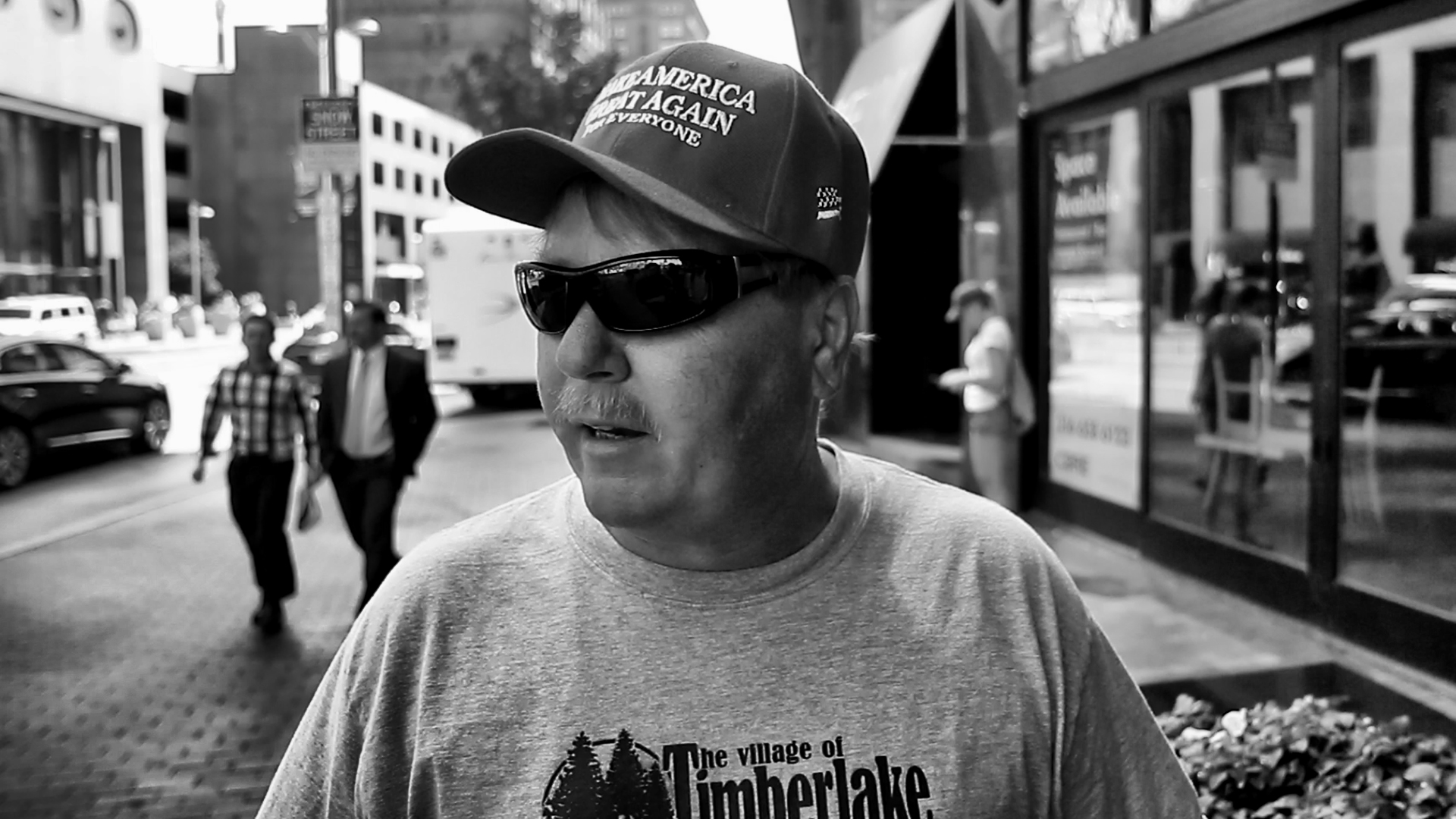 Keith Kokal: I met Keith Kokal, from Timblerlake, Ohio, during the Republican convention in Cleveland earlier this year. He has never been on Facebook except to post his profile picture, so we chatted by email. “I am so glad to see a non-lawyer, outsider is going to be our next President!” he wrote.

Kokal, a manager at a plant that makes laboratory instruments, told me he is in the process of expanding his business as a result of the Trump victory. “The day after the election I ordered another machine for about $100,000 to support the future of manufacturing in the USA,” he wrote. “I wanted to buy this machine but if that lying bitch got elected I would held off until another year of so if I felt better about my country.” 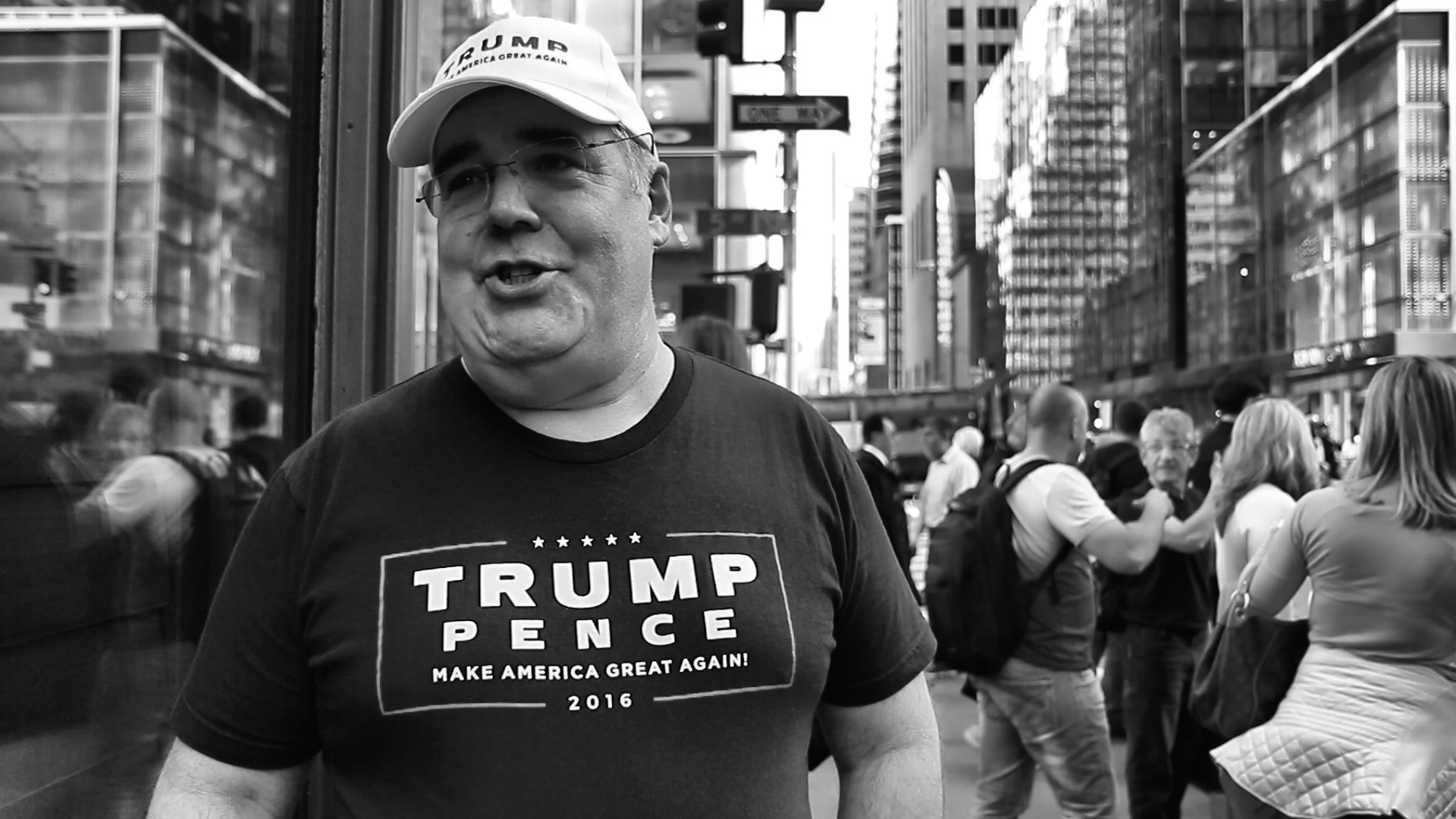 Tim Graney: Perhaps the most enthusiastic of my new Facebook contacts is Tim Graney, a technology developer from Katy, Texas. He regularly posts long, detailed comments to my feed about the need for America to radically slash the size of government, reduce taxes and return power to the states. “I’m still waiting for the 25 percent of federal employees who were going to quit if Trump won. That would be a great start to cutting government programs and spending,” he wrote—inspiring spirited criticism from one of my friends who argued for the benefits of unionism and government-subsidized health care. “We may be about to discover that our entire government is about to be redefined in how it operates,” Graney observed. “Sometimes doing the same process for 40 years is the best practice—sometimes it’s not. Times are a changing!” 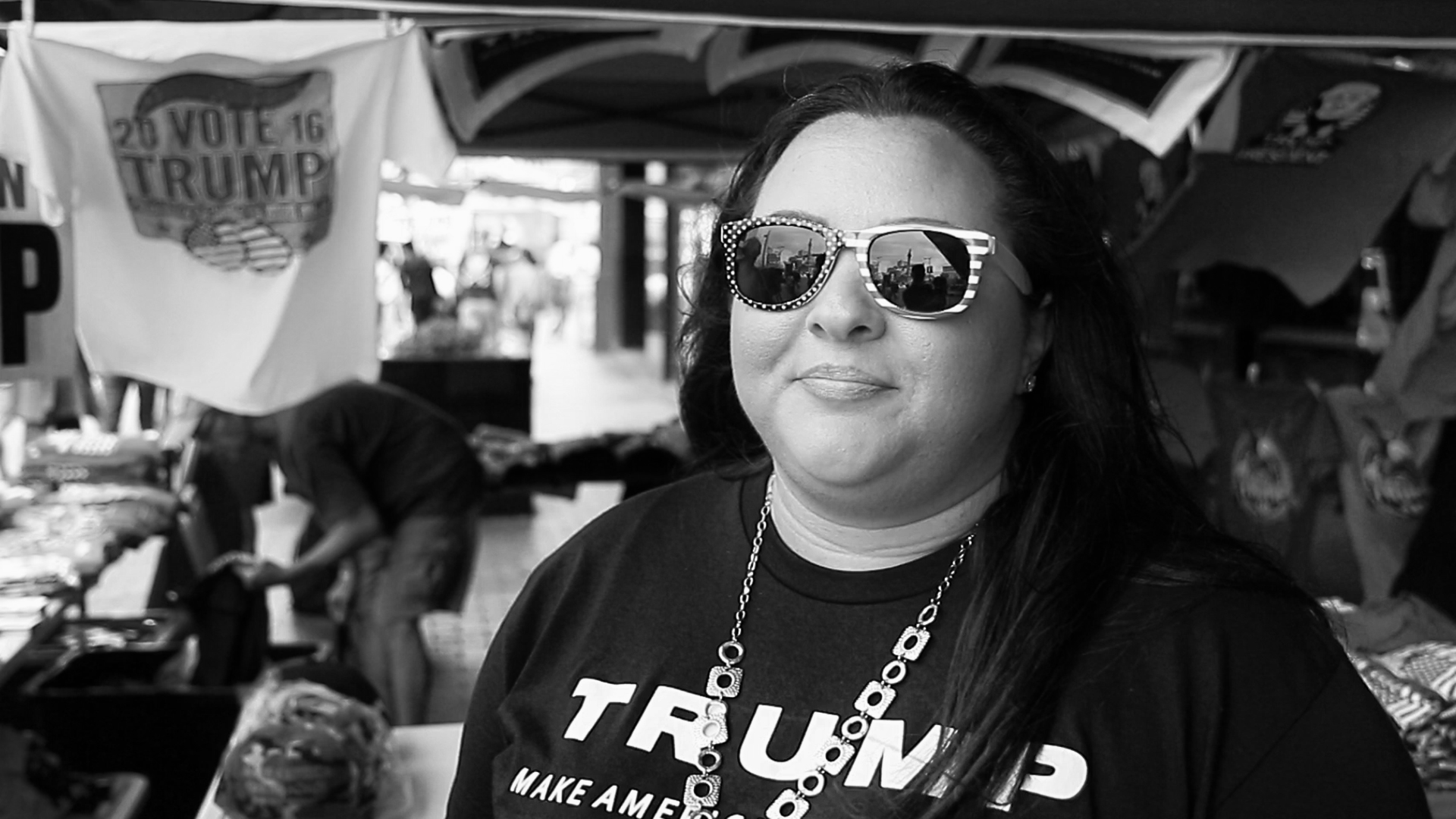 Jennifer Beckcom: A new addition to my Facebook feed, Beckcom was happy to get involved in my experiment to share different political perspectives. I met Beckcom, who describes herself as a housewife and local Republican activist from Texas, in Cleveland during the GOP convention. “It is the only way we can figure out how best to solve the many issues we all face,” she said. “Echo chambers are dangerous but I will warn you, once you step out of it, you will be shocked.”