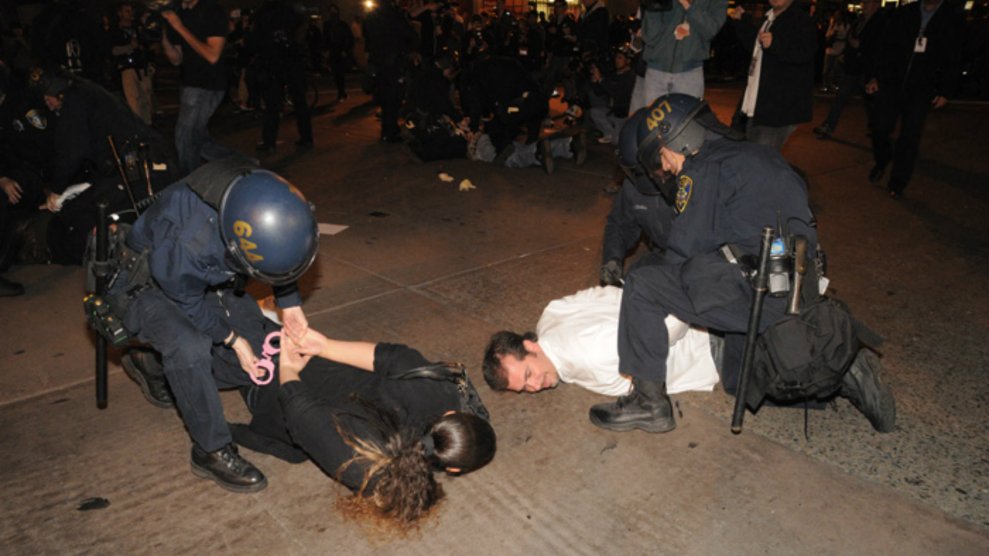 Police arrest demonstrators at an Occupy protest in Oakland in 2010.Oakland Local/Flickr

The number of police-related fatalities in the United States appears to be far higher than the federal government has previously estimated. The Bureau of Justice Statistics (BJS) has been tracking the data since 2000. But a new hybrid program that combines media reports and crowdsourcing techniques with reporting by police agencies has resulted in new estimates of civilian deaths that are closer to reality. The data, released last week, include deaths related to police interactions with subjects on the street as well as deaths that take place while a suspect is in police custody.

The bureau’s researchers identified 1,348 arrest-related deaths from June 2015 through March 2016 using media reports and crowdsourced information—an average of about 135 deaths per month. For June through August 2015, they also surveyed police agencies and identified an additional 46 arrest-related deaths—or 12 percent more—than the number the bureau had tallied independently for that time period. Extrapolating the data, and correcting for the police-reporting disparity, the bureau estimated there were about 1,900 arrest-related deaths in the 12 months ending May 2016.

The lack of reliable federal data on police-involved deaths received national attention in August 2014 after Michael Brown, an unarmed black teen, was killed in Ferguson, Missouri. In the absence of reliable numbers, the Washington Post and the Guardian US began tracking officer-involved killing in 2015 using media reports and crowdsourced information, a model the Department of Justice drew on for its new program. The Guardian US determined that police killed 1,146 people last year during interactions on the street. By contrast, police departments reported just 444 police shootings to the FBI in 2014.

In August, the DOJ announced it would ramp up enforcement of the 2000 Death in Custody Reporting Act (DCRA), which stipulates that states that do not provide quarterly reports on arrest-related deaths could lose up to 10 percent of their DOJ funding. But the enforcement mechanism was only incorporated in 2014, and a DOJ assessment determined that BJS had been capturing only about half the true number of arrest-related deaths—in part because most law enforcement agencies simply ignored the reporting mandate. It is unknown whether the act will be strictly enforced under the Trump administration. The president-elect and his prospective attorney general, Jeff Sessions, have criticized the DOJ’s involvement in local policing.