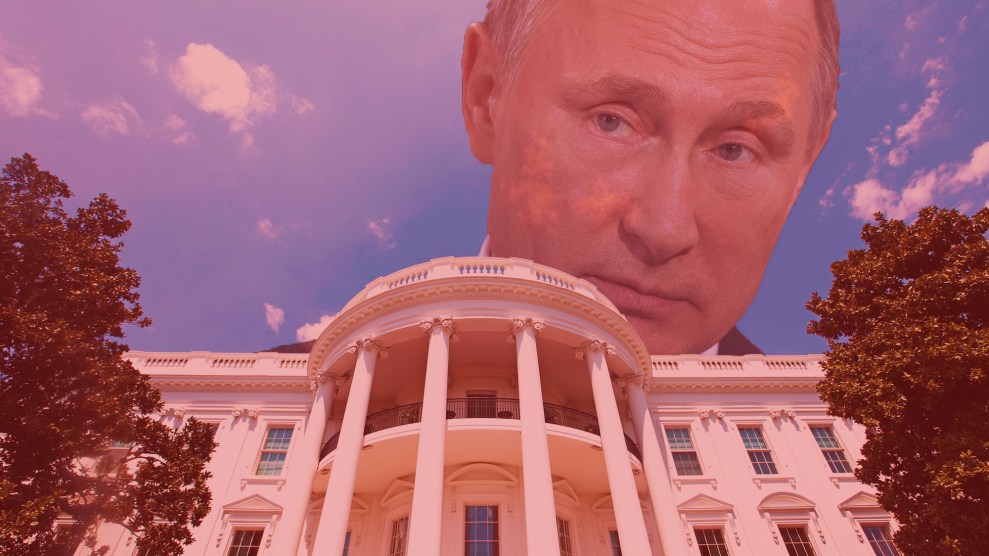 Congressional Democrats are increasing the pressure for an official and public inquiry into Russian meddling in the 2016 campaign. On Wednesday afternoon, Rep. Eric Swalwell, (D-Calif.), a Democrat on the House intelligence committee, and Rep. Elijah Cummings (D-Md.), the senior Democrat on the House government oversight committee, announced they were introducing legislation to create a bipartisan commission to investigate any attempt by the Russian government or persons in Russia to interfere with the recent US election. The commission they propose is modeled on the widely praised 9/11 Commission. It would consist of 12 members, equally divided between Democrats and Republicans. The members would be appointed by the House speaker, the Senate majority leader, and the two Democratic leaders of the House and Senate. This commission would be granted subpoena power, the ability to hold public hearings, and the task of producing a public report.

Cummings previously called on Rep. Jason Chaffetz (R-Utah), the chair of the House government oversight committee, to launch such an investigation via his committee. But Chaffetz, who before the election vowed to probe Hillary Clinton fiercely, has not replied to Cummings’ request, according to a Cummings spokesperson. Nor has Chaffetz responded to another Cummings request for a committee examination of Donald Trump’s potential conflicts of interest. House Democratic leader Nancy Pelosi (Calif.) and incoming Senate Democratic leader Chuck Schumer (N.Y.) have both endorsed Cummings’ proposal for a congressional investigation of Russian attempts to influence the 2016 campaign. Republican Sens. Lindsey Graham (S.C.) and Marco Rubio (Fla.) also have suggested that Congress examine Russian interference in the election.

“We are deeply concerned by Russian efforts to undermine, interfere with, and even influence the outcome of our recent election.”

The Democrats have not yet catapulted the issue of foreign interference fully into the media spotlight. But Swalwell and Cummings’ bill comes as more Democrats are demanding action. Last week, seven Democrats on the Senate intelligence committee publicly pressed the Obama administration to declassify more information about Russia’s intervention in the election. Sen. Ron Wyden (D-Ore.), who led that effort, wrote in a brief letter to the White House, “We believe there is additional information concerning the Russian Government and the US election that should be declassified and released to the public. We are conveying specifics through classified channels.”

We are deeply concerned by Russian efforts to undermine, interfere with, and even influence the outcome of our recent election. This Russian malfeasance is not confined to us, but extends to our allies, our alliances and to democratic institutions around the world.

The integrity of democracy must never be in question, and we are gravely concerned that Russia may have succeeded in weakening Americans’ trust in our electoral institutions through their cyber activity, which may also include sponsoring disclosures through WikiLeaks and other venues, and the production and distribution of fake news stories.

In September, Schiff joined Sen. Dianne Feinstein (Calif.), the top Democrat on the Senate intelligence committee, to release a statement blaming Russia for the hacks of Democratic targets during the campaign:

Based on briefings we have received, we have concluded that the Russian intelligence agencies are making a serious and concerted effort to influence the US election. At the least, this effort is intended to sow doubt about the security of our election and may well be intended to influence the outcomes of the election—we can see no other rationale for the behavior of the Russians. We believe that orders for the Russian intelligence agencies to conduct such actions could come only from very senior levels of the Russian government.

The Obama administration has reached the same conclusion. In October, the Office of the Director of National Intelligence and the Department of Homeland Security released a joint statement declaring, “The US Intelligence Community (USIC) is confident that the Russian Government directed the recent compromises of e-mails from US persons and institutions, including from US political organizations.” A week after the election, the director of the National Security Agency, Admiral Michael Rogers, was asked about the WikiLeaks release of hacked information during the campaign, and he said, “This was a conscious effort by a nation-state to attempt to achieve a specific effect.” He added, “This was not something that was done casually. This was not something that was done by chance. This was not a target that was selected purely arbitrarily.”

“This was a conscious effort by a nation-state to attempt to achieve a specific effect.”

For some reason, Moscow’s effort to influence the presidential election has not been as big a story as, say, Trump’s tweets about the musical Hamilton or Alec Baldwin. That may be because Democrats, busy licking their wounds, have not aggressively sought to keep the issue front and center. (Obama and Vice President Joe Biden have not said much on this subject.) And most Republicans have shown little interest in investigating an assault on American democracy that helped their party win the White House and retain majorities in both houses of Congress. But Cummings has been trying mightily to kick-start a public investigation. (Presumably, the FBI, CIA, and NSA have been looking into Russian hacking related to the election, but their investigations are not designed to yield public information—unless they result in a criminal prosecution.)

With the legislation to establish an independent commission, Cummings and Swalwell are opening another front. In the coming days, they will be signing up co-sponsors and looking for Republican support. Their bill provides a proposal that concerned voters—including upset Democrats and activists—can rally behind. (Were this measure to pass next year, Trump, who has steadfastly refused to blame Moscow for the hacks of the Democratic Party and the Clinton campaign, would have to decide whether to sign it.)

In his recent letter to Chaffetz, Cummings noted, “Elections are the bedrock of our nation’s democracy. Any attempt by a foreign power to undermine them is a direct attack on our core democratic values, and it should chill every Member of Congress and American—red or blue—to the core.” So far, few Republicans, including Trump, have acknowledged feeling that chill, and there’s certainly more opportunity for the Democrats to turn up the heat.