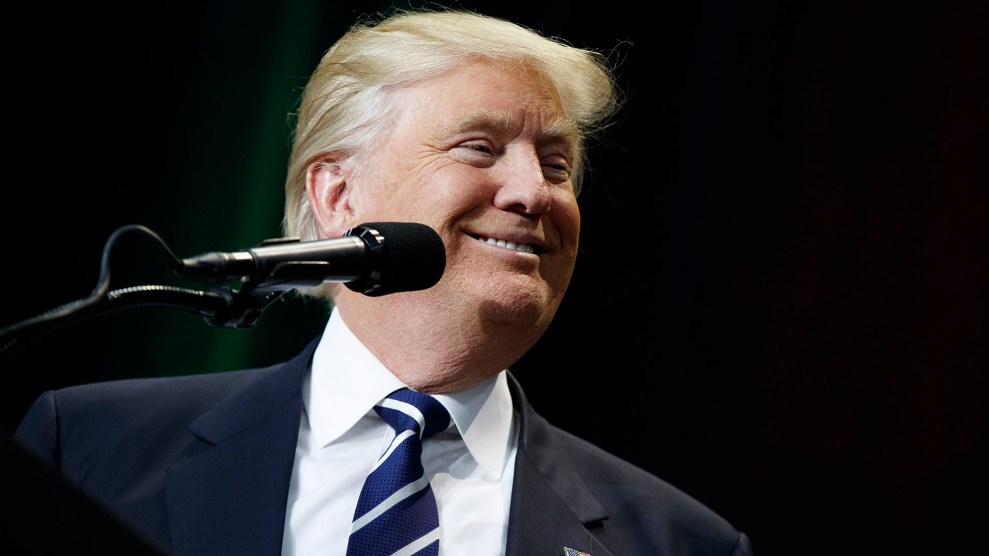 With the Electoral College set to vote Monday to elect Donald Trump as the official next president, Americans across the country are engaging in a last-ditch effort thwart a Trump presidency. Liberal groups, including a new one called Make Democracy Matter, have disseminated the names and contact information of the electors and encouraged people to contact Republican electors and ask them to change their vote. And those messages are arriving to electors’ inboxes, voicemails, and homes by the thousands.

But there’s little evidence that these entreaties might result in the kind of large-scale coordination that would be required to deny Trump the presidency.

Harvard professor Lawrence Lessig, who has offered free legal advice to electors, said this week that 20 Republican electors are considering not voting for Trump. That’s about half the number needed to deny him a majority and throw the election to the House of Representatives—or, as some Trump critics have advocated, to join forces with Democratic electors to elect a more moderate Republican. But the Republican National Committee, which according to Politico has been keeping tabs on its electors, has found no defectors except for Christopher Suprun, a Texas elector who has publicly announced his intention not to support Trump.

Sherrill Lenz, an elector from Texas’ 5th Congressional District, ended up on a list of electors, circulated on Facebook by the progressive group Solidarity Sunday, whom the group identified as “‘Likely to change vote’ OR ‘Would possibly change vote.'” But Lenz, who has received thousands of emails asking her not to support Trump, has not changed her mind. “We pledge to represent our congressional district,” she says. “My district voted wholeheartedly for Mr. Trump.”

Suprun’s defection hasn’t sparked any kind of discussion among fellow Texas electors about joining him, according to Lenz. “None of the electors have conversed with each other,” she says.

The situation in Texas highlights a fundamental challenge to the type of strategic coordination that would be needed to get a majority of electors to back someone other than Trump. The Electoral College was simply not designed for electors to collaborate on choosing a president. The Constitution stipulates that rather than meet in one place as a deliberative body, electors from each state convene in their respective states on the same day—a setup that leaves little opportunity for coordination across state lines. Hatching a plot within a state is almost just as difficult, since electors in each state meet only once, when it’s time to vote.

The process is not conducive to challenging the outcome of an election. Despite the onslaught of communications electors are receiving, there seems to be little effort, at least among Republican electors, to overcome these institutional barriers and have a conversation about whether to elect Trump.

Even when electors do talk, the outcome isn’t likely to be heartening to Trump opponents. Robert Asher, a Republican elector in Pennsylvania, was also on the Solidarity Sunday list. Like Lenz, he is planning to vote for Trump despite getting thousands of communications urging him to support someone else. Unlike in Texas, Asher says most Pennsylvania electors know each other and keep in touch; that’s why he feels confident that no Pennsylvania electors will abandon Trump.

“I’ve talked to most of the electors in the Commonwealth and President-elect Trump will have 20 votes next Monday at 12 o’clock,” he says. “There will be no change here.”