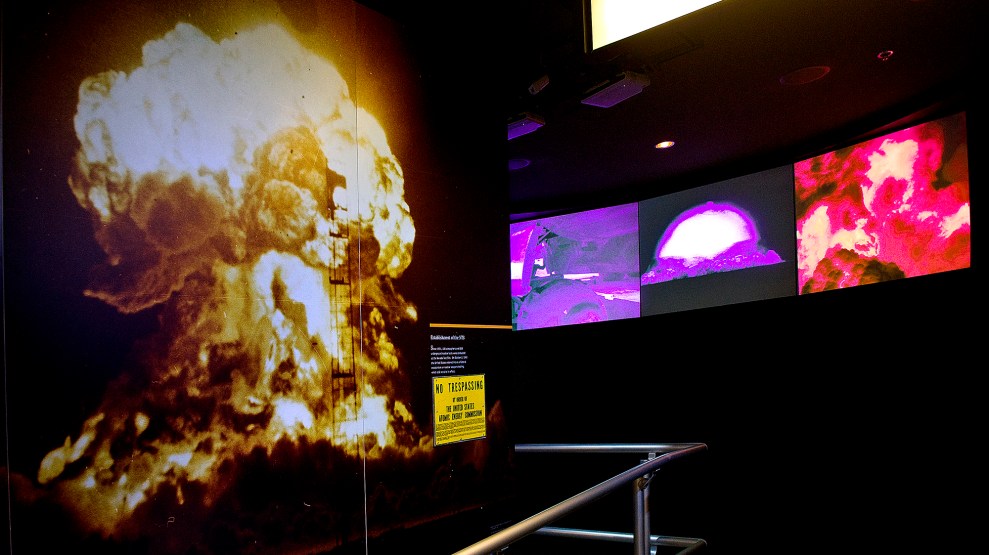 On Monday, Gizmodo reported the alarming news that Donald Trump’s transition team had dismissed two political appointees who run the National Nuclear Security Administration (NNSA), without replacements on tap to oversee the nation’s nuclear arsenal. The story was “inaccurate,” an official with the Department of Energy, which oversees the NNSA, subsequently told Mother Jones. “There have been no discussions between the president-elect’s transition team and any of NNSA’s political appointees on extending their public service past January 20.” That is, the Trump team didn’t exactly send the two officials—retired Air Force Lt. Gen. Frank G. Klotz and his deputy, Madelyn Creedon—packing; it just had not held any talks about keeping them on after President Barack Obama’s term expires, and their appointments will automatically end. So the end result is the same: By the end of next week, the government division that oversees the nation’s nuclear weapons could lack its senior leadership—a prospect that concerns some nuclear experts.

“You won’t have senior-level oversight,” says Joe Cirincione, president of the Ploughshares Fund, an organization focused on nuclear weapons security. “You won’t have somebody actually running the department. You can do that for a little while, but if this goes on for any extended period of time, bad things are going to happen.”

The Trump transition team and Hope Hicks, Trump’s campaign spokeswoman, did not respond to requests for comment.

Cirincione says the NNSA, with a $12 billion annual budget, oversees not only the nation’s nuclear stockpile but the contractors involved in maintaining it and its supporting infrastructure. And while the day-to-day mission of the agency will go on, strategic decisions and other senior-level responsibilities will fall by the wayside.

Daryl Kimball, executive director of the Arms Control Association, a nonprofit dedicated to better control of nuclear, chemical, biological, and conventional weapons, says it’s normal for political appointees to be out the door at the end of the administration that appointed them. But the NNSA head, even if a political appointee, typically stays put until a successor is in place, according to Defense News.

“It does begin to affect the government if it goes on for a while,” Kimball says. “It’s not a crisis if it’s the situation for a couple months.”

Rebecca Friedman Lissner, a Stanton Nuclear Security Fellow at the Council on Foreign Relations, says context is important. Broadly speaking, “very few sub-cabinet officials have been named,” she says, so it’s “not particularly surprising that we don’t yet know who would be taking over NNSA.” But the NNSA is a semi-autonomous agency with a “tradition of professionalism and bipartisanship such that there has been continuity in terms of people who have stayed over.”

Lissner says that a gap in agency leadership will have to be judged in terms of whether Trump plans a major shakeup of nuclear policy, which would require more detailed reviews by the relevant officials. If not, filling the role is less urgent, she says.

“Either way, the NNSA mission is a vital mission,” she says. “It’s a no-fail mission, [and] they manage an incredibly challenging and important and often overlooked portfolio.”