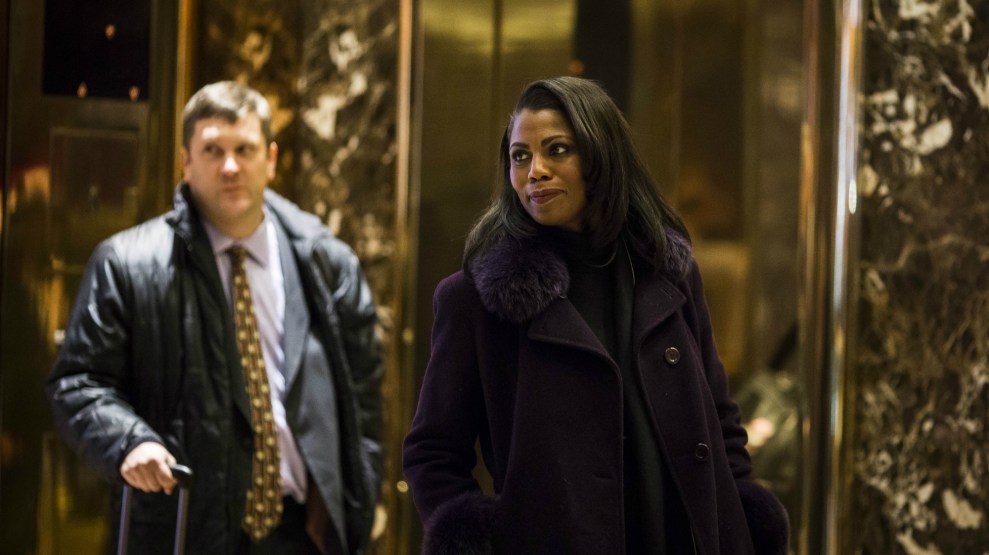 A decade after deriding her as irresponsible and dishonest, Donald Trump has hired the controversial reality star-turned-political operative Omarosa Manigault to advise him in the White House. The incoming Trump administration announced Wednesday afternoon that Manigault will serve as assistant to the president and director of communications for the office of public liaison.

The hire marks the latest twist in the former Apprentice contestant’s longstanding relationship with her reality television boss. Manigault was a prominent surrogate for Trump during the campaign, helping organize a meeting between Trump and several black pastors in 2015. Last year, she served as the vice-chair of the National Diversity Coalition for Trump, a grassroots network of nonwhite Trump supporters unaffiliated with the campaign. In July, Manigault officially joined the Trump campaign as the director of African American outreach, overseeing an outreach effort that was frequently criticized for relying on stereotypes of black communities. She currently serves as a member of Trump’s transition team.

Despite Manigault’s extensive work for his campaign, Trump hasn’t always had the highest opinion of her. In a 2004 interview with Playboy, Trump said that she was “difficult for people to handle” during her time on The Apprentice and that she was a far better reality TV villain than he had expected. “I couldn’t believe she was lying on camera like she was,” he said. “She’s got a problem or something.

When asked if he would ever serve as a business reference for Manigault, Trump said that he would not recommend her for an executive position, but that he “might serve as a reference for her to be on a soap opera.” He added, “She’s wonderful on TV, and she gets ratings. I just wouldn’t necessarily want her running my church.”

Manigault’s new gig won’t be her first time working for a presidential administration. She previously worked in the Clinton administration, where, according to People, she was fired from four different jobs in a two-year span. The experience didn’t seem to sour Manigault on Democrats: Before Trump jumped into the race, she eagerly voiced her support of Hillary Clinton.

But once her former boss entered the fray, it didn’t take long for Manigault to change her tune and her party. “Every critic, every detractor, will have to bow down to President Trump,” she told PBS’s Frontline last year in an interview before the presidential election. “It is the ultimate revenge to become the most powerful man in the universe.”