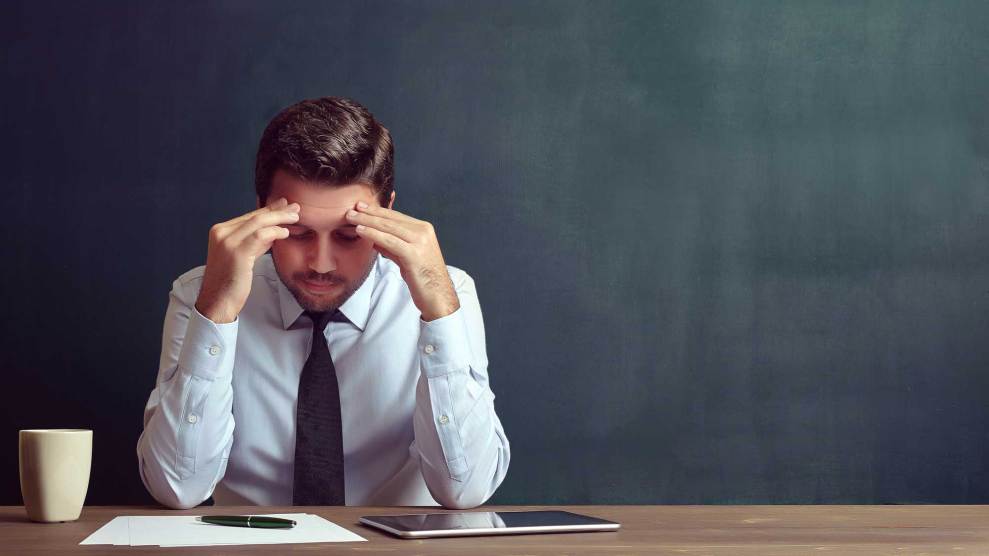 Lauren Paquette dreams of owning a home with a pool. But the 34-year-old fifth-grade science teacher knows it’s a pipe dream: She recently had to find a roommate to help with the monthly rent of $1,425 on her three-bedroom house in Houston. Although that’s relatively cheap compared with rents across the country, it’s tough on a teacher’s salary. Saving up for a down payment is out of the question, said Paquette, a single mother.

“It’s not like I went into this job thinking I’d make a bunch of money, but I expected to be able to make ends meet,” Paquette said. Finances have been easier since she left North Carolina for Texas (North Carolina ranks in the lower tenth of states for teacher pay), but Paquette’s struggles aren’t unique.

As housing prices have soared in all the usual major metropolitan areas—as well as in cites like Las Vegas, Sacramento, Atlanta, and Minneapolis—teachers’ wages haven’t kept pace. And with school districts already struggling to recruit and retain educators, this rising gap is just another barrier to keeping teachers in the profession. 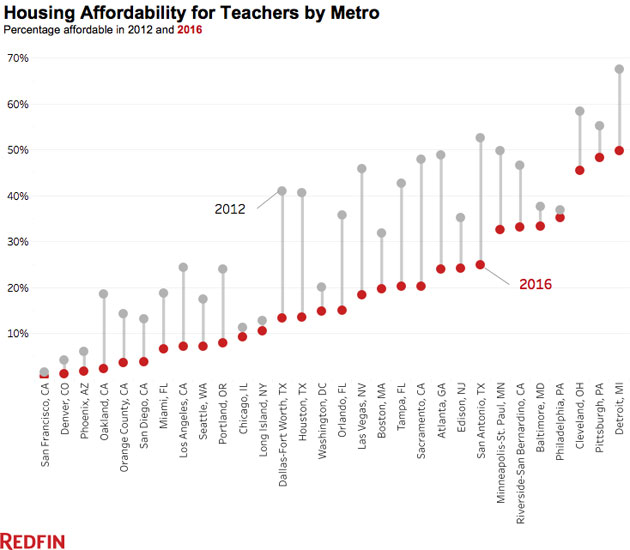 Redfin, a real estate brokerage firm, compared listed home prices in more than 30 cities with average teachers’ salaries to gauge what percentage of available homes teachers could afford. (Administrators, principals, and special-education teachers were not included in the data, and New York City was not studied.) The number of homes within reach for a single teacher has declined in some places by more than 25 percent since 2012.

That’s no surprise in San Francisco, where just 14 out of the 2,244 listed houses were within reach on the average teacher salary of $71,000. But the dearth of affordable options has worsened in Las Vegas, Sacramento, Chicago, and Dallas, where in each city less than 25 percent of listed houses are affordable for teachers.

Of course, home ownership—traditionally an economic engine of the middle class—isn’t out of reach for just teachers. High housing prices are pushing middle-class workers out of many cities. Redfin chief economist Nela Richardson said the notion that civil servants live in the communities they serve is becoming a thing of the past: “These are middle-class salaries, but middle-class people can’t afford to buy homes.” 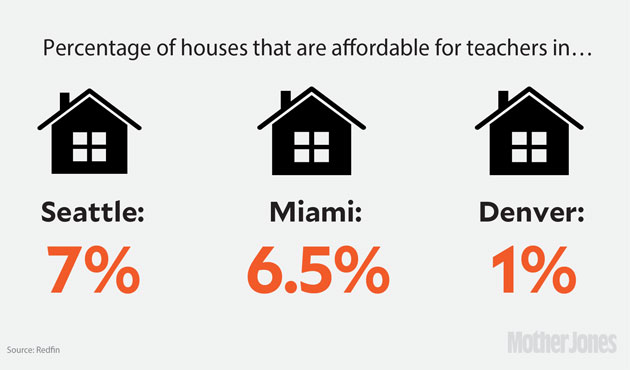 Rental prices mirror the housing market, so teachers who rent are also getting pushed out of the cities in which they teach. Meanwhile, attempts to fix the crisis in Los Angeles have backfired, and other novel solutions—like Sen. Corey Booker’s eight-building Teacher Village in Newark, New Jersey, or plans for teacher-only residential units in the San Francisco Bay Area—either just opened or are still years away. Despite creative housing solutions for our cities’ educators, many critics of these plans argue that the real solution is simply paying teachers higher salaries.

David Fisher, the vice president of the Sacramento City Teachers Association, lived in a studio apartment with his wife and son for 15 years before he could afford a house in Sacramento. “These aren’t McMansions in the suburbs,” Fisher said. “These are modest houses is modest neighborhoods.” Besides, he said, most teachers are concerned with paying off student loan debt before even considering buying a home.

There are a few cities where it’s not so bad. In Philadelphia, where teachers’ salaries saw a 15 percent increase since 2012, more than 35 percent of houses for sale are affordable for teachers. Like most civil servants, teachers have more options anywhere the housing supply is larger. 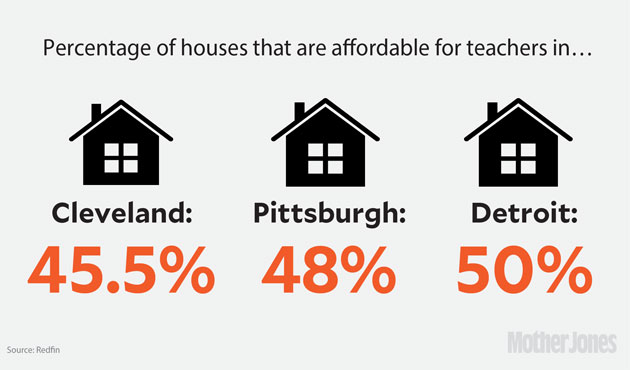 Paquette, the science teacher, figures that she may be able to buy a house in 10 years—and says she’ll stay in Houston as long as she can afford it. Whether she’ll stay in education is another question. “I get that itch quite often,” she said, “to leave the classroom.”