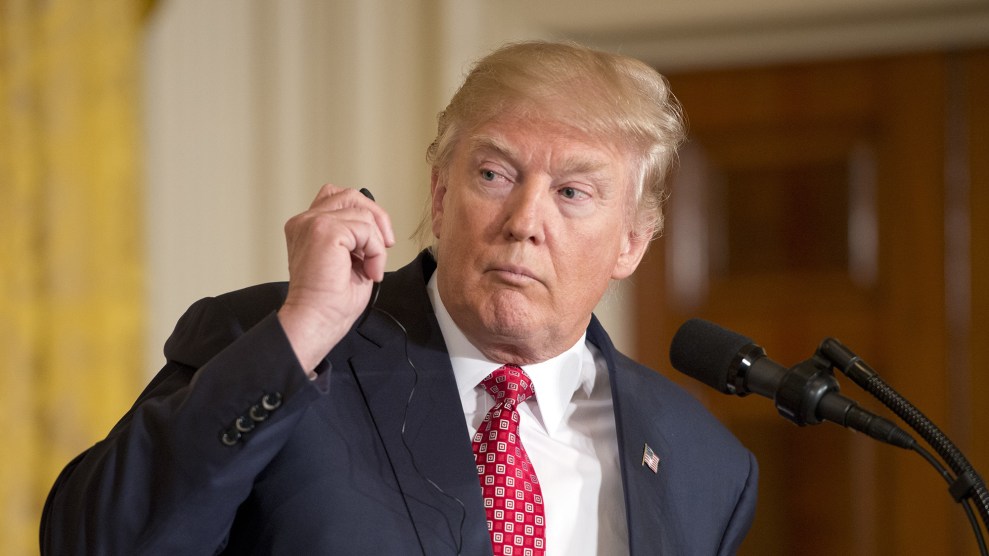 US investigators have confirmed parts of the 35-page batch of memos compiled by a former British spy, CNN reported Friday afternoon. The memos, first written about by Mother Jones in October 2016, contained allegations of collusion between officials working for Donald Trump during the presidential campaign and Russian government operatives, and allegations that the Russian government was working to harm the candidacy of Hillary Clinton and boost Trump.

“The corroboration, based on intercepted communications, has given US intelligence and law enforcement ‘greater confidence’ in the credibility of some aspects of the dossier as they continue to actively investigate its contents,” CNN reported.

But the intercepts do confirm that some of the conversations described in the dossier took place between the same individuals on the same days and from the same locations as detailed in the dossier, according to the officials. CNN has not confirmed whether any content relates to then-candidate Trump.

US intelligence officials emphasize the conversations were solely between foreign nationals, including those in or tied to the Russian government, intercepted during routine intelligence gathering.

Some of the individuals involved in the intercepted communications were known to the US intelligence community as “heavily involved” in collecting information damaging to Hillary Clinton and helpful to Donald Trump, two of the officials tell CNN.

White House Press Secretary Sean Spicer told CNN, “We continue to be disgusted by CNN’s fake news reporting.” In a subsequent call, Spicer told the CNN reporters that their story was “more fake news,” and said it was “about time CNN focused on the success the President has had bringing back jobs, protecting the nation, and strengthening relationships with Japan and other nations.”

CNN’s report on Friday is the first public corroboration by the US intelligence community that any reports contained in memos were accurate, but CNN’s sources did not comment on or confirm the specific allegations relating to alleged contact between Russian officials and any US citizens, including people close to Trump.

CNN had previously reported that the heads of the FBI, the CIA, and the National Security Agency, along with the Office of the Director of National Intelligence, briefed Trump and former President Barack Obama on the contents of the memos in early January.